The tour offers people the chance to go inside privately-owned restored buildings, from wood and solid brick Italianates and cottages to a large brick mansion. 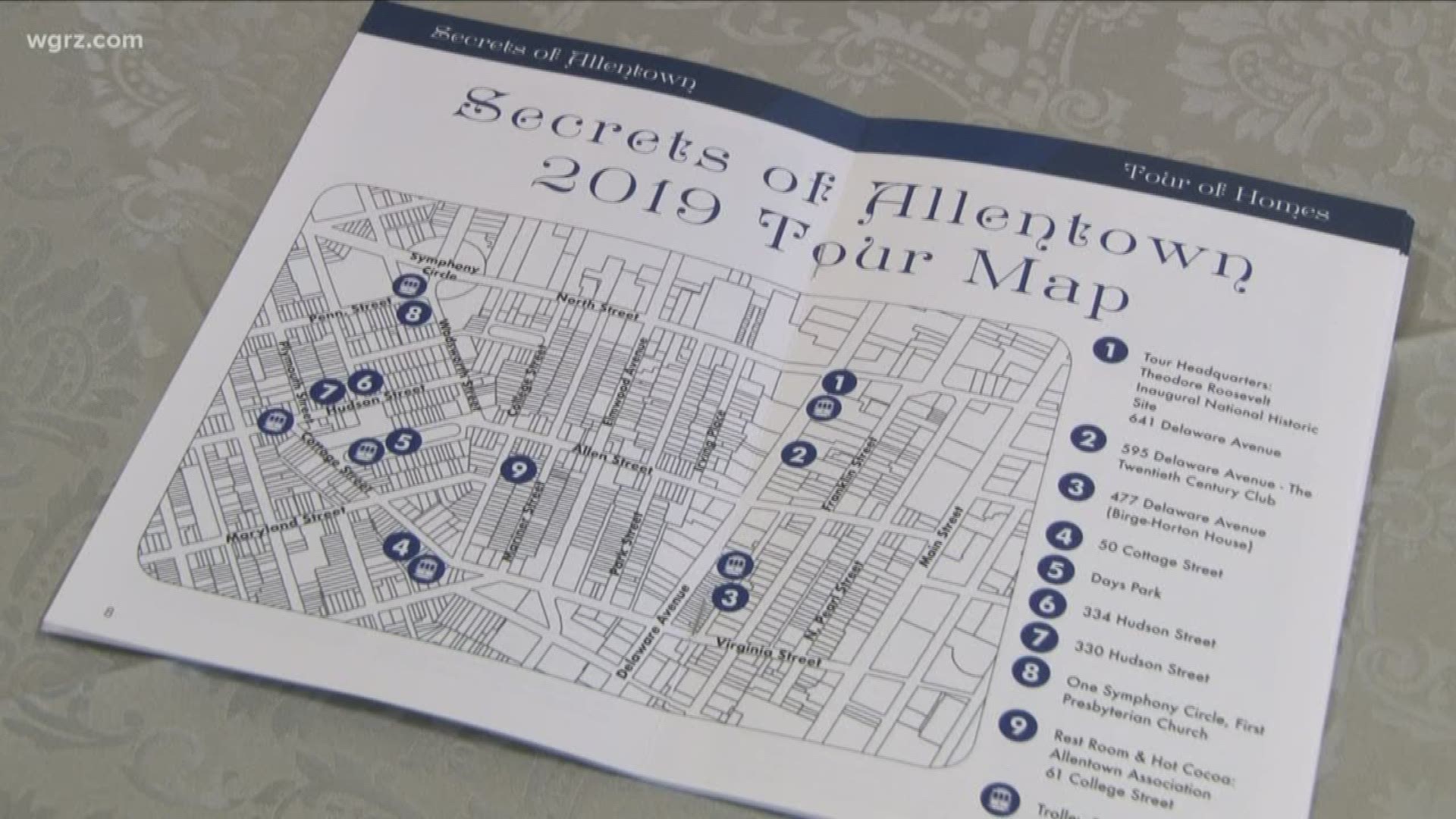 BUFFALO, N.Y. — Tour groups were welcomed Sunday into Buffalo's Allentown National Historic District, where they were able to experience the holidays in the Victorian era.

The Allentown Association and the Theodore Roosevelt Inaugural National Historic Site organized the Secrets of Allentown Tour of Homes, which allowed groups to take a self guided tour through some of the historic buildings the district has to offer.

The Secrets of Allentown, which was held from 1 to 4 p.m., is a rare chance to go inside the privately-owned restored buildings, which ranged from wood and solid brick Italianates and cottages to a large brick mansion.

One of the buildings guests were able to visit was the Theodore Roosevelt Inaugural Site, which was the first stop on the tour. This site was decorated for Christmas in the Victorian style, including the library where President Roosevelt took the Oath of Office in 1901.

While at this site, guests were given booklets that described the history of each home along the tour.

Visitors have been able to enjoy the Victorian architecture through this tour for 150 years and were able to experience the beauty of eight homes this year.

RELATED: Buffalo now has a yoga and barre studio with a liquor license