Acting Secretary Kevin McAleenan continues to ignore the law that required he release a report on CBP officers transferred from the north to the border with Mexico. 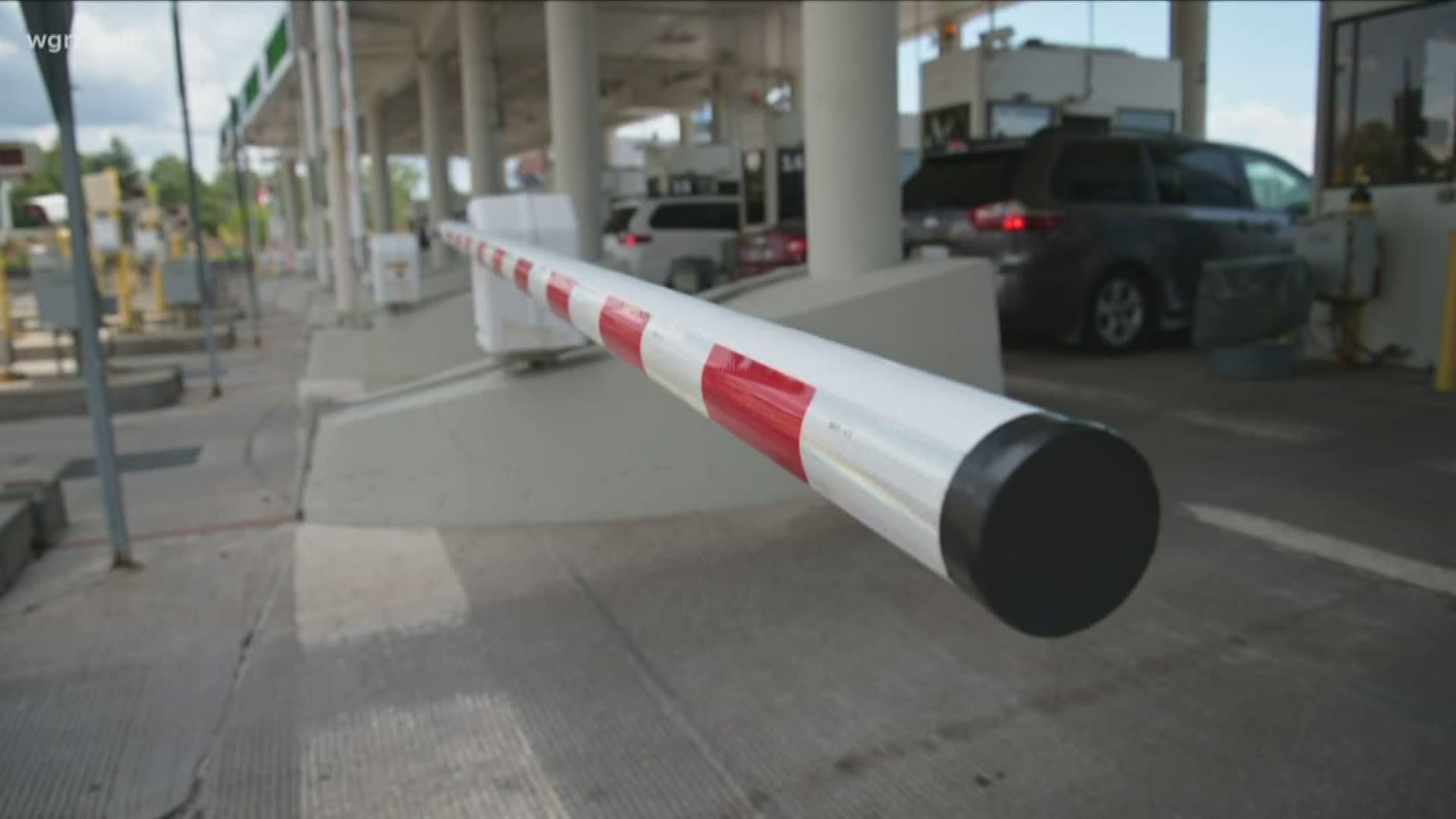 BUFFALO, N.Y. — For more than three weeks, as Western New Yorkers have dealt with longer-than-normal delays at our international crossings, Acting Secretary of Homeland Security Kevin McAleenan has ignored a law that required him to release a report with specifics on U.S. Customs and Border Protection officers who were transferred from northern ports of entry down south to deal with the humanitarian crisis at the border with Mexico.

2 On Your Side has reported extensively on the officer reassignment, which has led to longer wait times at our ports of entry.

The report, which was required as part of a supplemental appropriations bill that President Trump signed into law on July 1, would give insight on how many CBP officers have been transferred, from which northern ports of entry, and for how long. The report is also required to explain steps taken to minimize the impact of the reassignment.

The law required the report be completed and released by July 31. As of Thursday, it was already 22 days late.

Higgins said he met privately for about 30 minutes on Tuesday with Acting Commissioner of Customs and Border Protection Mark Morgan. Higgins praised Morgan, who has only been in his current position for a few weeks.

Higgins said he was told a total of 56 officers have been temporarily transferred out of the Buffalo region, but most have returned; 13 remain stationed at the southern border.

"The problem is not completely resolved," Rep. Higgins said. "But it's a lot better than it was several months ago, and I suspect it will continue to get better."

The information given to Higgins still falls short of what is required by law to be in the Homeland Security Secretary's report.

Higgins said he and Morgan plan to meet again soon in Washington, D.C. to discuss other issues affecting the northern border region. Higgins serves as co-chair of the Northern Border Caucus in the House of Representatives.

Credit: AP
Customs and Border Patrol Acting Commissioner Mark Morgan gets up after testifying at a Senate Homeland Security and Governmental Affairs committee hearing on conditions at the Southern border, Tuesday, July 30, 2019, on Capitol Hill in Washington. (AP Photo/Jacquelyn Martin)

2 On Your Side has tried multiple times over the past month to get answers from the Department of Homeland Security. Our requests for comment have been ignored as Secretary McAleenan continues to flout the law.

RELATED: An exclusive look at border operations at Peace Bridge

RELATED: FIRST ON 2: CBP returns some officers to Buffalo & other northern border crossings