Scott Brown's untold story on the gift of life

Scott Brown was an award-winning journalist at WGRZ-TV. He died on March 31, 2017. Before he passed, there was one story Scott was working on that he never got to finish. It's a story about the gift of life. 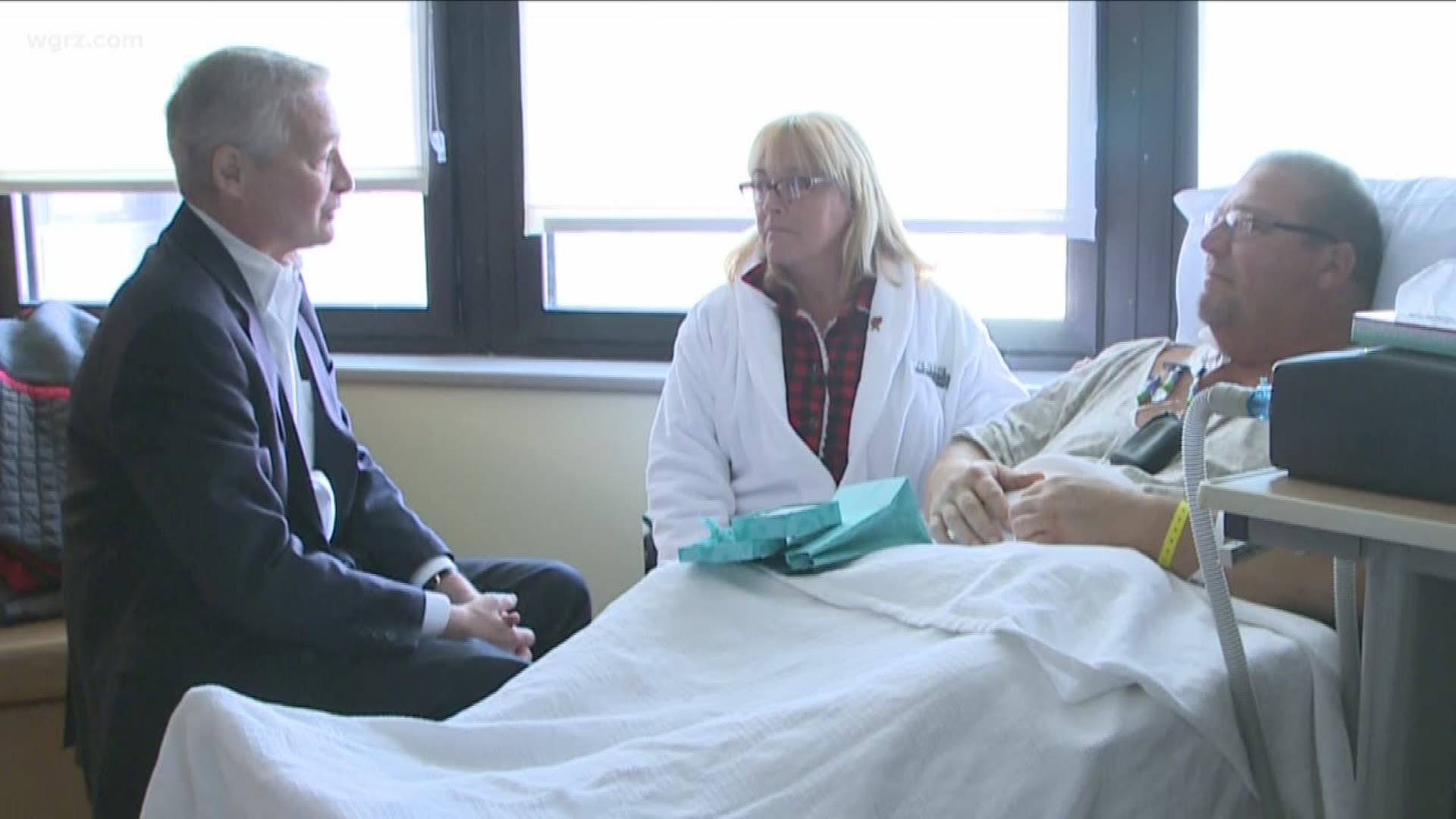 BUFFALO, N.Y. — One year ago, award-winning Journalist Scott Brown died after battling cancer. Before his death, Scott was working on a story about the gift of life.

Debbie Hughes and Steve Small are now forever friends. Scott Brown spent time getting to know them and writing about what brought them together. He was on hand in 2016 when the pair met for the first time. Debbie was preparing to give a Steve one of her kidneys.

Debbie knew she wanted to donate one of her kidneys. She turned to the Western New York Kidney Connection where the profiles of people who are in need of a kidney transplant post their profiles in the hope that someone will be touched by their story.

Debbie was touched by Steve's story on the website. This is part of what he wrote, "It's not easy working and then coming home to hook up to a dialysis machine for nine-and-a-half hours at night. God has helped me through some difficult times and I believe there is someone out there who can give me the gift of life. I pray for the day of transplant."

Their first meeting was filled with hugs and tears and words of thanks.

Scott Brown was up early at 5 a.m. on December 5, 2016, in the operating room for the surgery. What many don't know is that it was also Scott's birthday. "I thought that was so cool, that he'd come in and do the story on his birthday," said Steve.

Steve and Debbie were unaware at the time that Scott was ill. In fact, just two days after the surgery, Scott and his photographer returned to the hospital to check on the kidney donor and recipient. He watched Steve give Debbie a guardian angel necklace.

"He was so awesome and he always made you feel so comfortable and he was right there to answer any questions for you all the time, he was just a really great guy, we were heartbroken when we heard he was gone," said Debbie.

Scott was able to walk away knowing the surgery was a success. However, the story never aired. Now, fifteen months later, 2 On Your Side checked on Debbie and Steve and they are doing remarkably well. Steve now lives in Rochester. He said he feels great, has a new job and is "loving life."

Debbie remains pleased with her decision. "It doesn't cost anything, it just takes the heart to do something right for someone else, even if it was a stranger, now he's family."

Debbie said she found a purpose in life. She is now donor mentor at ECMC and works closely with the WNY Kidney Connection. This summer she's going to the transplant games in Salt Lake City, Utah.

Scott Brown was one of the original red coats at WGRZ-TV. He asked the tough questions and he also told stories that would touch your heart. During his career, he did countless stories on kidney transplants. Often he would arrange for a phone bank to be set up at Channel 2 for people to call in and get questions answered.

Click here to watch some of Scott's award-winning stories over the years.