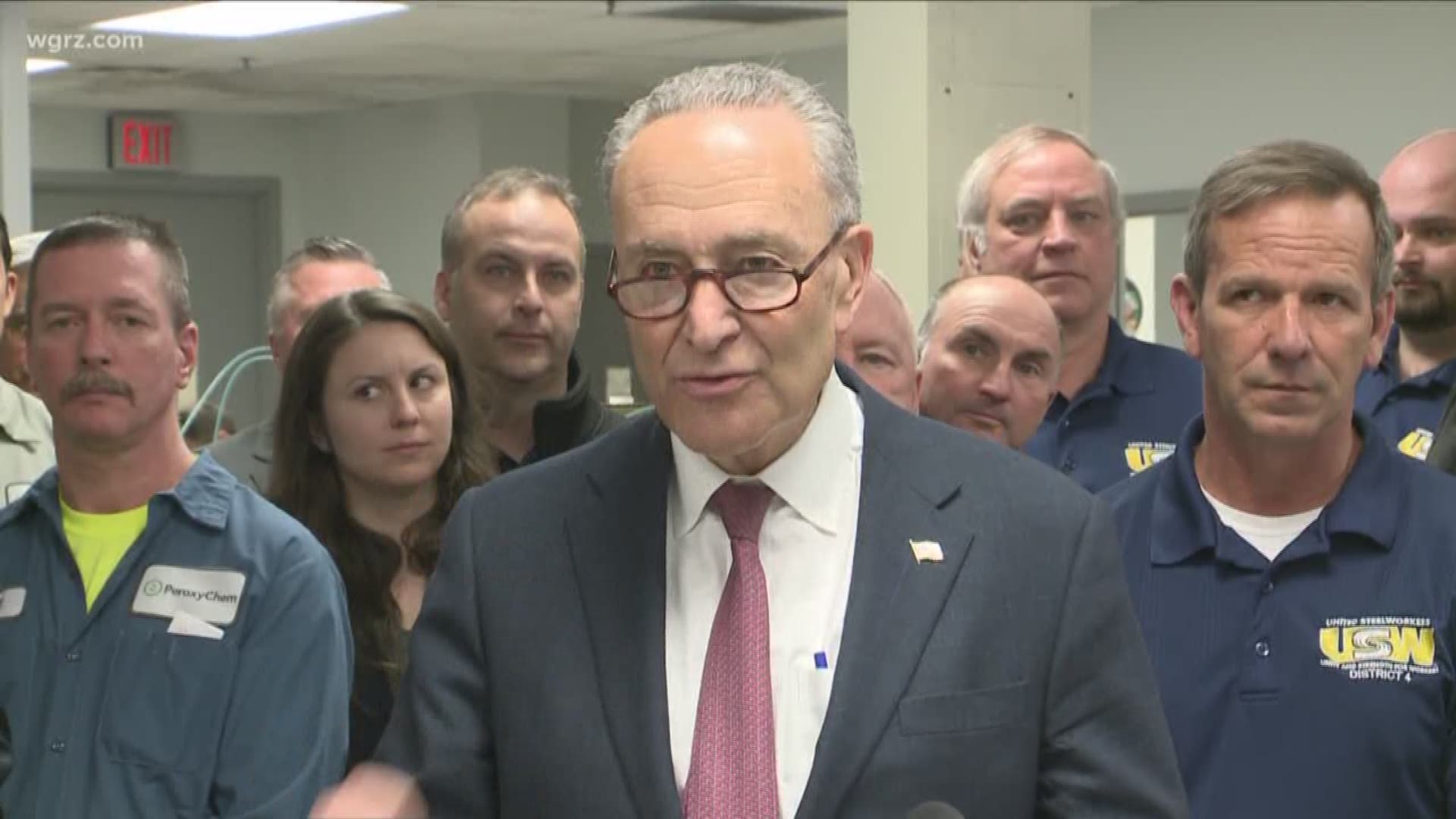 On Tuesday, the spokesperson for China's foreign ministry said his country is ready "fight to the end" if the U.S. escalates putting tariffs on Chinese steel and aluminum. While in the town of Tonawanda Tuesday, Schumer praised the president on his stance.

"I am much closer to President Trump on China than I was to President Bush, republican, President Obama, democrat, because they let china get away with everything, and we gotta be tough," Schumer said. "China will try to scare us, but let me tell you something, they're a bully, and if we stay strong, they will back off. they have far more to lose than we do."

Schumer argued that the Chinese threats are simply bluffs and that the country is too reliant on American goods and services to follow through.

Many republicans have been critical of the tariffs. House Speaker Paul Ryan said he hoped the president would consider unintended consequences that could come as a result of a trade war.