School zone signs still need to be installed in Buffalo

BUFFALO, N.Y. — We're holding the City of Buffalo accountable when it comes to school zone signs.

Last month 2 On Your Side heard from Faheem Iqbal, who lives on Buffalo's East Side, about the safety concerns he has for pedestrians, especially with two schools along a stretch of Sycamore, starting at Fillmore.

"It's about six to seven blocks, I think, around that where there's no stop signs, no traffic light," Iqbal said.

Iqbal wants the streets in his neighborhood to be safer.

When we first reported on this December 5, a spokesperson for the City of Buffalo told 2 On Your Side that the Buffalo Department of Public Works anticipated putting up additional school zone signs on Sycamore within the next two weeks. The city also promised to address speeding concerns with enforcement.

"What have you seen since the other story aired?" 2 On Your Side’s Kelly Dudzik asked.

"Nothing besides a cop car sitting there for a couple of days and doing some traffic enforcement. After that, no sign, no show, no nothing," Iqbal said.

After our story aired, a crash happened in the middle of the stretch that Iqbal is concerned about. 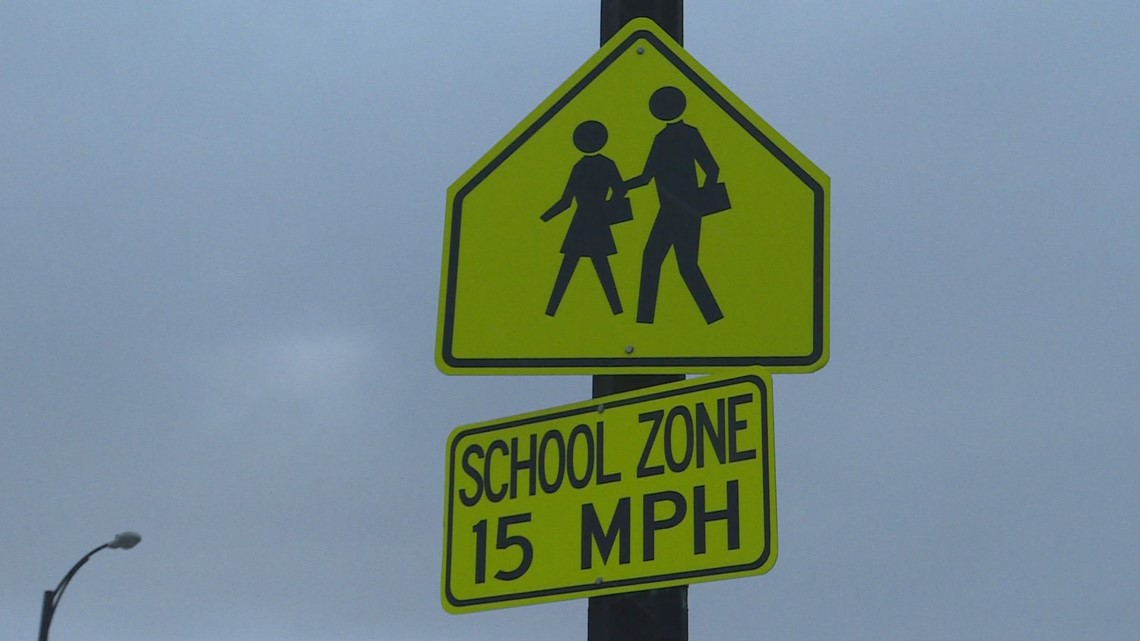 Traffic light, more school zone signs requested for Buffalo's East Side
BUFFALO, N.Y. - A social worker who lives on Buffalo's East Side wants the city to take steps to make Sycamore Street safer for pedestrians. He is especially concerned about school children who have to cross the street. "I asked for a traffic light on this corner, Sobieski and Sycamore," Faheem Iqbal said.

"There was a pretty bad accident," Iqbal said.

"And when you saw that video, what were you thinking?" Dudzik said.

This week we saw a sign on each side of the road right as you get to the school near Fillmore. And there's one sign on Sycamore near the other school.

Buffalo's DPW Commissioner on Friday said the city is still making signs for the school near Fillmore. He also said a few signs that have gone missing need to be reinstalled near the other school.

He went on to say there are no other specific improvements planned right now because improvements are prioritized based on citywide crash data.

"One zone was posted for the school at Sycamore and Sobieski a few months ago. Upon recent re-inspection, there are a few signs that have gone missing and need to be reinstalled for that school.

"We are fabricating and installing signage for the school on Sycamore closer to Fillmore. The situation on the signs in that vicinity are likely due to the fact that we haven't addressed that school yet.

"We continuously monitor crash data citywide and prioritize improvements as the data reveals. There are no specific improvements beyond the signage for this vicinity planned at this time."

RELATED: Parents concerned about safety on Ridge Road in Lackawanna