The last time the salaries of Erie County's elected officials were raised was in 1996, and they've remained flat for 22 years. 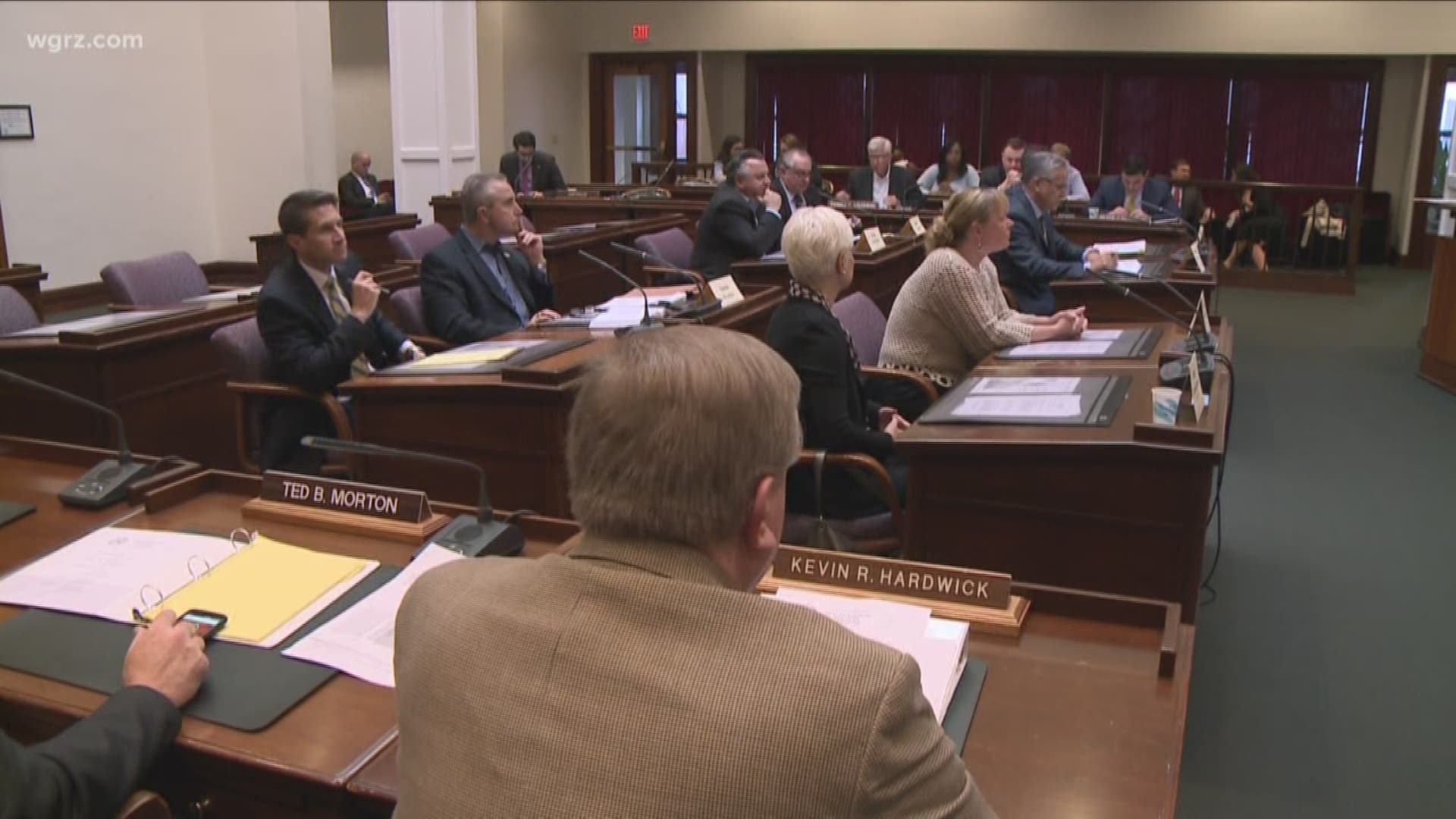 BUFFALO, N.Y. – A group of citizens, empaneled since August to review and recommend the salaries of Erie County’s elected officials, is expected to complete its work next week and release its findings on Tuesday.

Its findings are then passed to the County Legislature which has the ultimate authority to set salaries.

However, the chairperson of the Salary Review Commission, Buffalo State College Professor Laurie A. Buonanno, cautioned that the panel has yet to complete its final report and that the numbers mentioned by Lorigo, as discussed informally at a recent meeting of the commission, may change.

“Those numbers are not final...that was a preliminary vote and the final vote is not until October 9th," Buonanno told 2 On Your Side.

The Case for Raises

The last time the salaries of Erie County’s elected officials were raised was in 1996, and they’ve remained flat for 22 years.

Over those years, the pay for county employees who work under the direction of elected officials have risen.

In the case of County Executive Mark Poloncarz in particular, there were 184 county employees who made more money last year than he did as the county’s chief executive, according to data collected by See Through NY.

Poloncarz earns $103,248 annually, and among those now outpacing him in terms of salary is his Deputy County Executive Maria Whyte, who makes $44,000 more than he does.

It is also true, that despite being the largest county in upstate New York, Erie County pays its County Executive significantly less than the five counties which immediately follow in terms of population.

And, even if the County Executive’s salary were raised to $118,736 (as had been informally suggested at a recent Salary Review Commission meeting), it would still lag behind the compensation granted in those other counties.

Finding a Reasonable Rate of Pay

According to Buonanno, the commission faced two major challenges.

They were: that salaries had not been increased since 1996, and finding “a mechanism consistent with the County Charter that would permit the legislature to agree an annual increase based on a rational percentage.”

She also insisted that the panel took great strains in using “an evidence-based approach to salary recommendations” taking into account “respect for the citizen-taxpayers of Erie County and the cost of living in Erie County.”

In an email, she further stated that the commission worked to collect both “qualitative and quantitative data”, which she further described as follows:

• The number of legislators in NYS counties with a county legislature compared to Erie County.

Buonanno said this reasoned approach, was aimed to make reasonable recommendations, which may convince county legislators to make adjustments based on an analysis of data collected.

Will They Go For It?

Despite recommendations by prior Salary Review Commissions to raise the pay of the county’s elected officials, the legislature has declined to do so for what has now amounted to a generation.

"I'm willing to listen to what they have to say and take an objective stance,” said Lorigo. “But absent of any real compelling evidence that we should be raising salaries I think it's going to be a difficult thing to get accomplished.. it is hard to ask the legislature to raise the salaries of elected officials at a time when many ordinary folks throughout Erie County and Western New York are struggling to make ends meet."

Lorigo, however, is a member of the republican minority of the legislature.

2 On Your Side sought the comments of Legislature Chairman Peter Savage, who leads the majority democrat caucus, but through a spokesperson he declined to speak to us about the report until it's formally submitted.

Once the salary review Commission submits its final report, members of the Legislature have up to one year to decide whether to act on the recommendations contained within.

Besides voting yes or no, lawmakers could also set the report aside and do nothing with it, in which case the salaries will remain as they have.