Family members who have lost loved ones applauded the changes announced Tuesday by the New York State Department of Conservation. 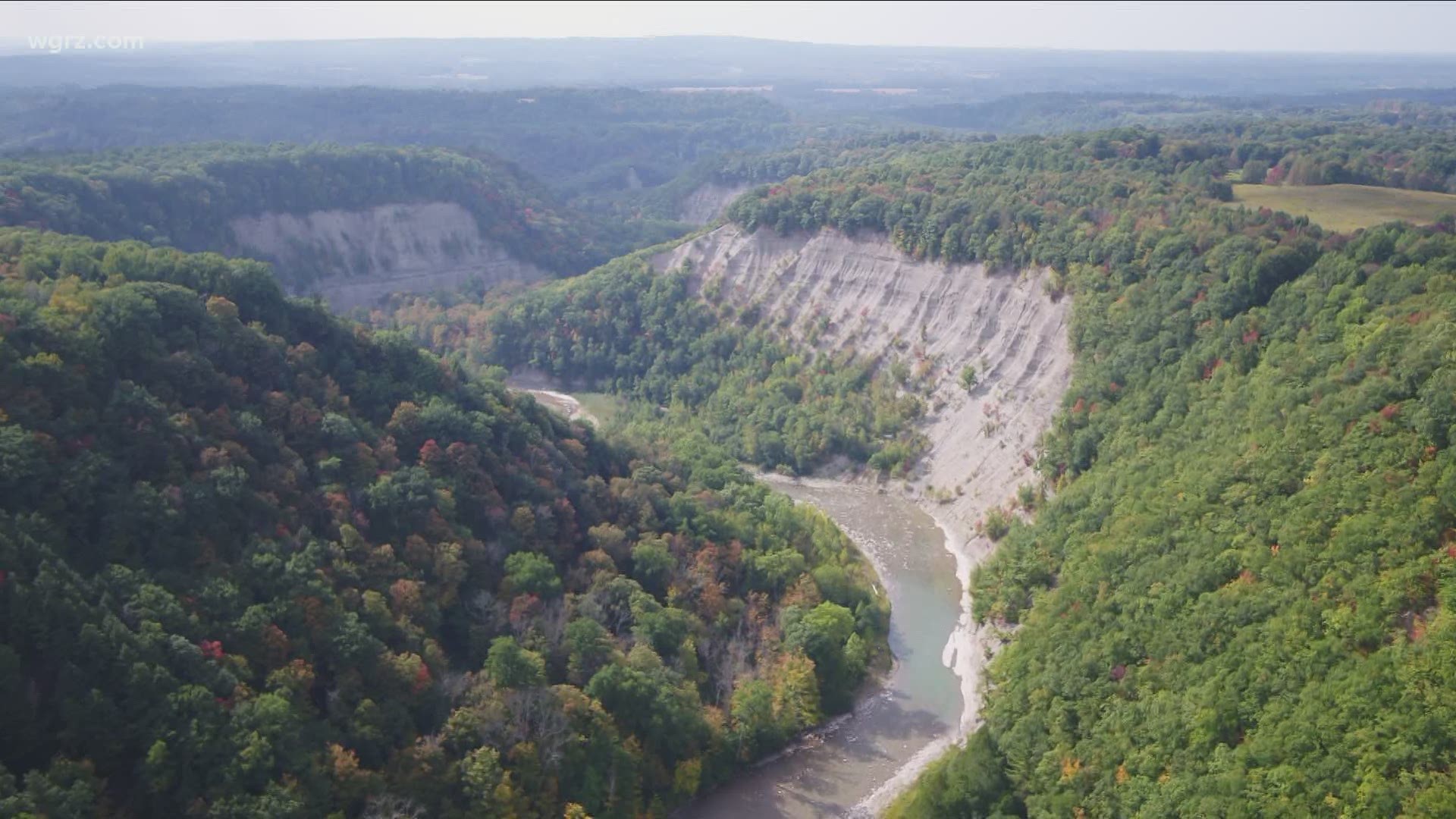 PERSIA, N.Y. — Visitors to Zoar Valley, the popular hiking destination along the Erie/Cattaraugus County line, will notice changes this summer as leaders hope to avoid the deadly accidents we've seen too many times in the past.

A day before what would have been her late daughter Brooke's 17th birthday, Marla Walker joined other families who lost loved ones in applauding the safety improvements announced Tuesday during a news conference at Zoar Valley.

"People have made those efforts and listened to our concerns, but more importantly took action," said Walker, who led the efforts following the accident last year that took Brooke's life. Brooke's twin brother Garrett witnessed his sister fall and joined his mom, dad and others at Tuesday's announcement.

A couple of months ago, New York State Department of Environmental Conservation Commissioner Basil Seggos quietly visited Western New York to meet with Walker; MaryBeth Long, whose son Conor was killed in 2018 and others. He was presented with a checklist of what the families and local lawmakers like Sen. George Borello and Assemblyman Joe Giglio would like to see in terms of safety improvements.

"For me, it was important to come out here and see this personally," Seggos said. "Until you see it, it's hard to conceptualize what must be done, but it was very clear when I came here in March that some of the ideas that my staff had been working on just needed to be supercharged."

Seggos said some "lesser important projects" across the state were put off to the side, and Zoar Valley became a focus. The safety upgrades are numerous:

Seggos also stressed public awareness during his visit to Zoar Valley and encouraged anyone who plans to visit to check out the NYSDEC's website beforehand and develop a plan to have a safe experience.

In addition to the listed improvements, NYSDEC also worked with Google to enhance its search tools and mapping systems to better guide tourists to the safer parts of Zoar Valley.

Over the longer term, Seggos said he would like to see cell phone reception improved and completion of even more professionally maintained trails.

"We want to get people to beautiful destinations like this safely, so that involves having to reconstruct some of these trails to modern standards," Seggos said. "We'll be doing that for years to come."

Seggos also expects to soon finalize regulations to restrict access upstream from the Forty Road Parking Area, where the news conference was held. He said there are trespassing issues with people going onto private land as well as climbing cliff walls. A 15-foot setback rule will deter people from getting too close to the edge.

The public will be able to weigh in on the Unit Management Plan for Zoar Valley, which will be updated later this year.