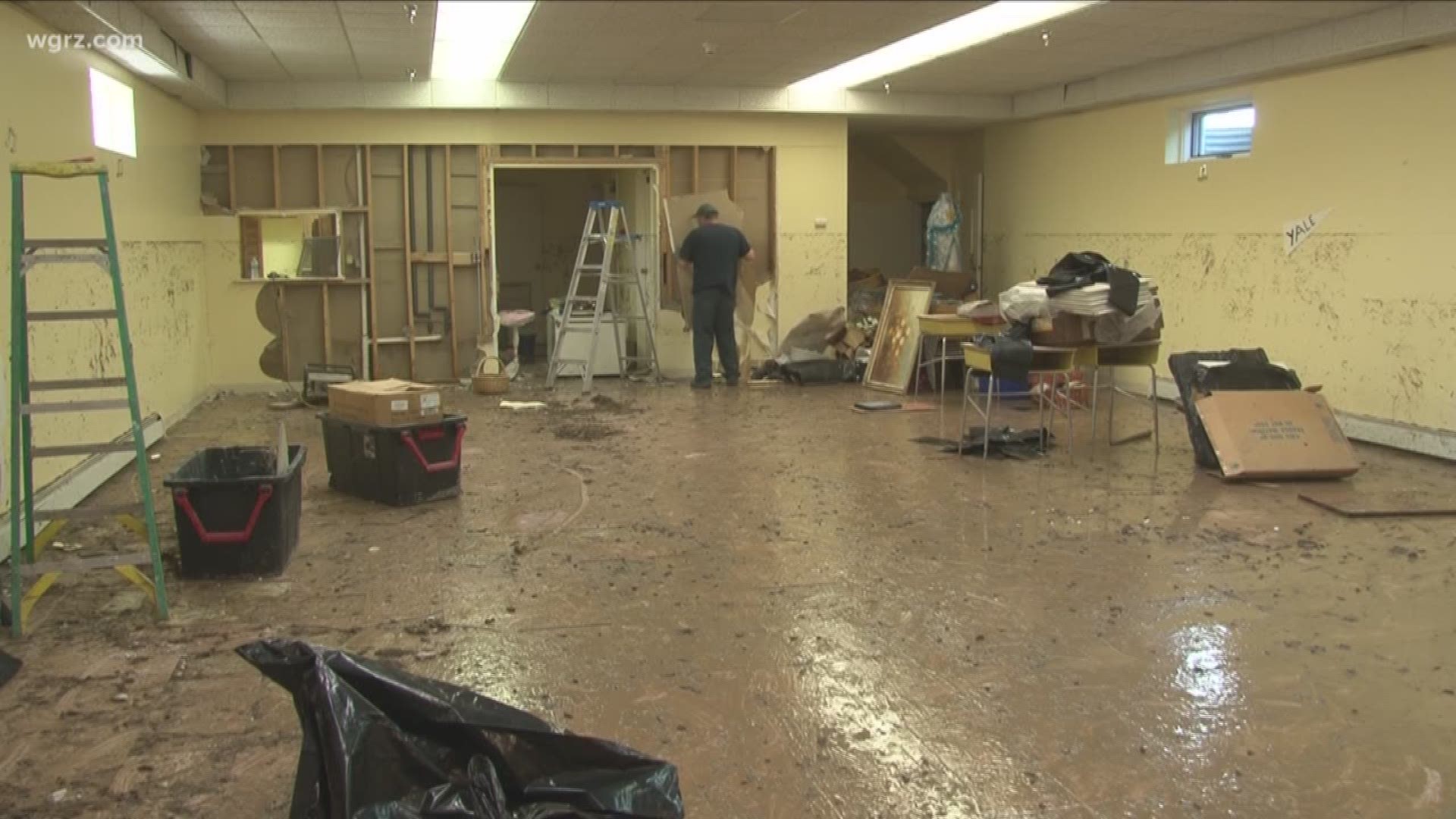 LEWISTON, N.Y. — Clean up crews are busy at Sacred Heart Villa School after a 12" water main broke earlier this week and flooded the school's basement auditorium.

Sister Elizabeth Domin woke up early Wednesday morning when the building's alarm system went off. She said wind can sometimes trip the system and cause a false alarm, but what she saw when she went outside was anything but.

Sister Domin said there was a foot or two of water covering the playground and area behind the school. Things got worse as she looked toward the building that houses the auditorium.

Almost everything in the auditorium was destroyed: the stage, piano, decorations, and appliances. The water has been pumped out, but now there's a layer of mud on the floor. The drywall is soggy and has to be gutted and replaced.

The school doesn't know the total cost of damages, but they have insurance to help with some of the cleanup and cost to replace items that were lost. Sister Domin said the town told her it would help cover some of the costs too.

2 On Your Side reached out to the Town of Lewiston water department to see what financial responsibility it holds and what it might pay for, but we have not heard back yet.

If you'd like to help, you can donate to the school's GoFundMe page here.