The royal blue is a nod to the franchise's original colors. 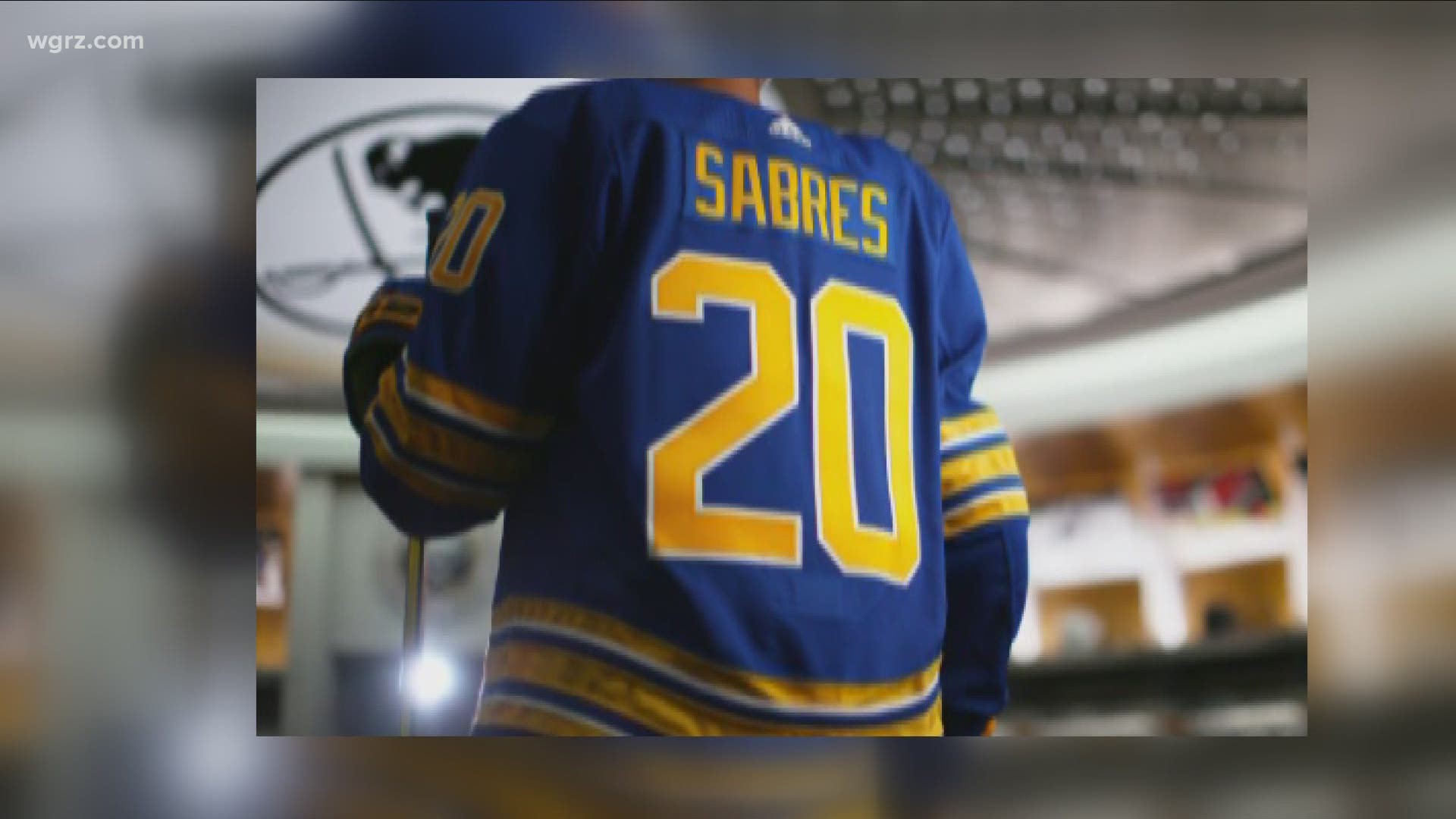 BUFFALO, N.Y. — On Tuesday morning the Buffalo Sabres released a first look of the team’s new uniforms featuring royal blue, a nod to the original colors of the franchise.

There’s more Sabres fun still to come this week too. On Wednesday, local landmarks will be lit in royal blue. The Sabres are also asking fans to wear royal blue and draw the Sabres logos with sidewalk chalk. Participants are asked to share their photos using the hashtag #ReturnToRoyal. A lucky fan may even win a jersey.

There will be more giveaways of royal-themed gear on Thursday with additional contests on the Sabres social media pages.