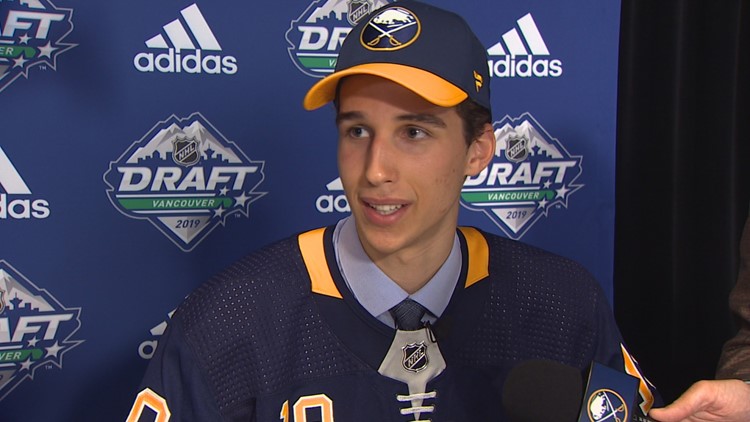 Photo by: WGRZ
Center Dylan Cozens after the Sabres drafted him 7th overall in the 2019 NHL Draft.

Dylan Cozens inked a three-year contract with the team that chose him seventh overall in this year's NHL draft. He's expected to miss two to three months after having thumb surgery earlier this month.

The 6'3" forward finished the 2018-19 season tied for 10th among all WHL skaters with 84 points in 68 games for the Lethbridge Hurricanes.