You can find the limited edition hat at the Buffalo Sabres New Era Store and at local Wegmans stores while supplies last. 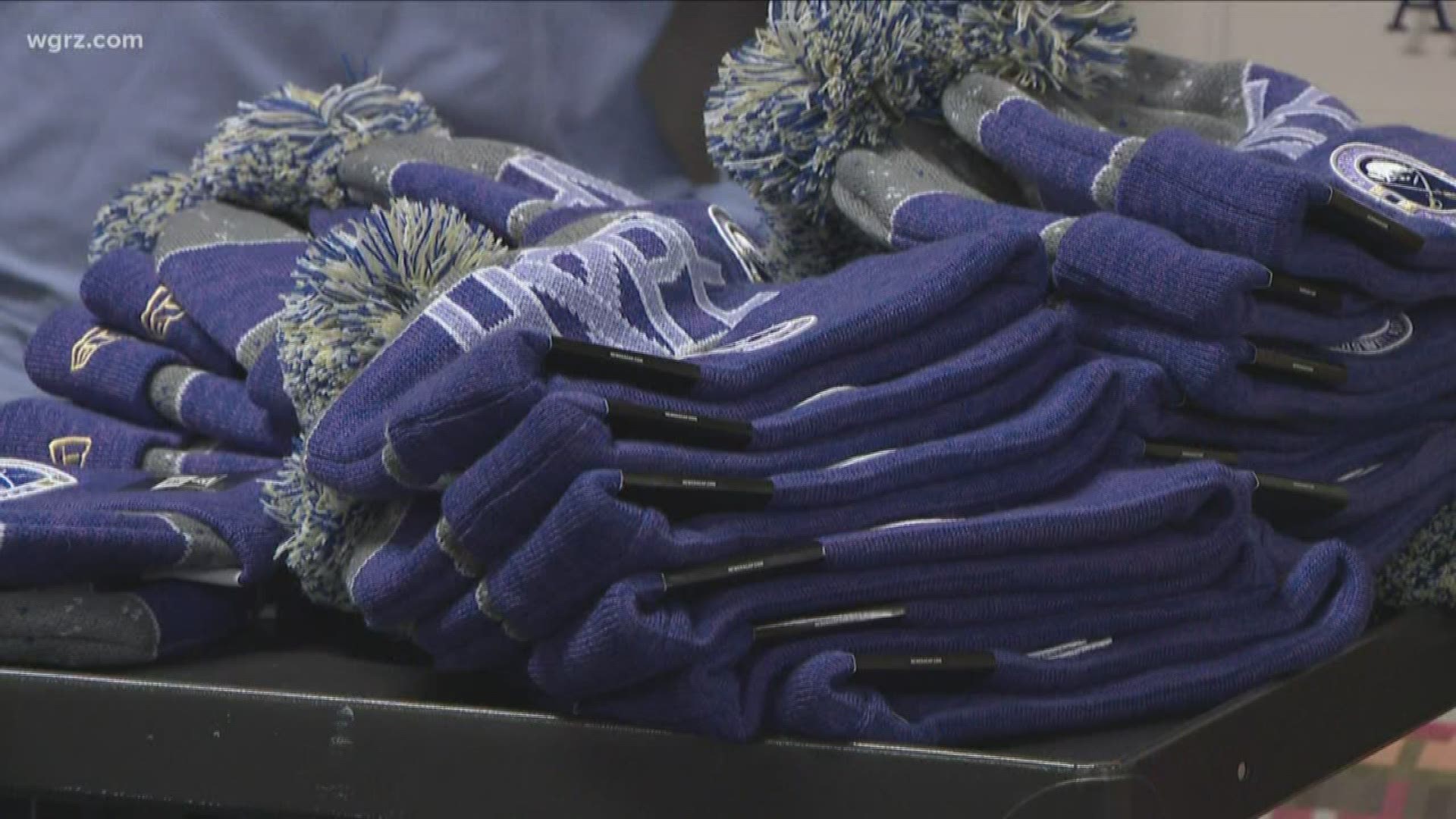 BUFFALO, N.Y. — The Roswell Park Comprehensive Cancer Center and New Era Cap have teamed up with the Buffalo Sabres to create the "Cap of Hope."

The Cap of Hope is a limited edition Sabres knit hat, which was designed by young Roswell Park patients David and Riley. A portion of the proceeds from every Cap of Hope sold will go toward supporting cancer research and patient care at Roswell Park.

Former Sabres captain Brian Gionta was at Roswell with Sabretooth for the big reveal on Monday.

"You see the struggles a lot of kids and families are going through, so to come here and let them forget about it for a little bit, hopefully we've done our job," Gionta said. "The main thing is letting the people know that we're in the fight, the struggle with them and we support them along the way."

You can find the cap at the Buffalo Sabres New Era Store at the KeyBank Center and at local Wegmans stores while supplies last.

RELATED: 500 sets of pajamas given to hospitalized children in Buffalo