Bradley Poole was in the middle of his 3-day, 300-mile run when he was hospitalized. 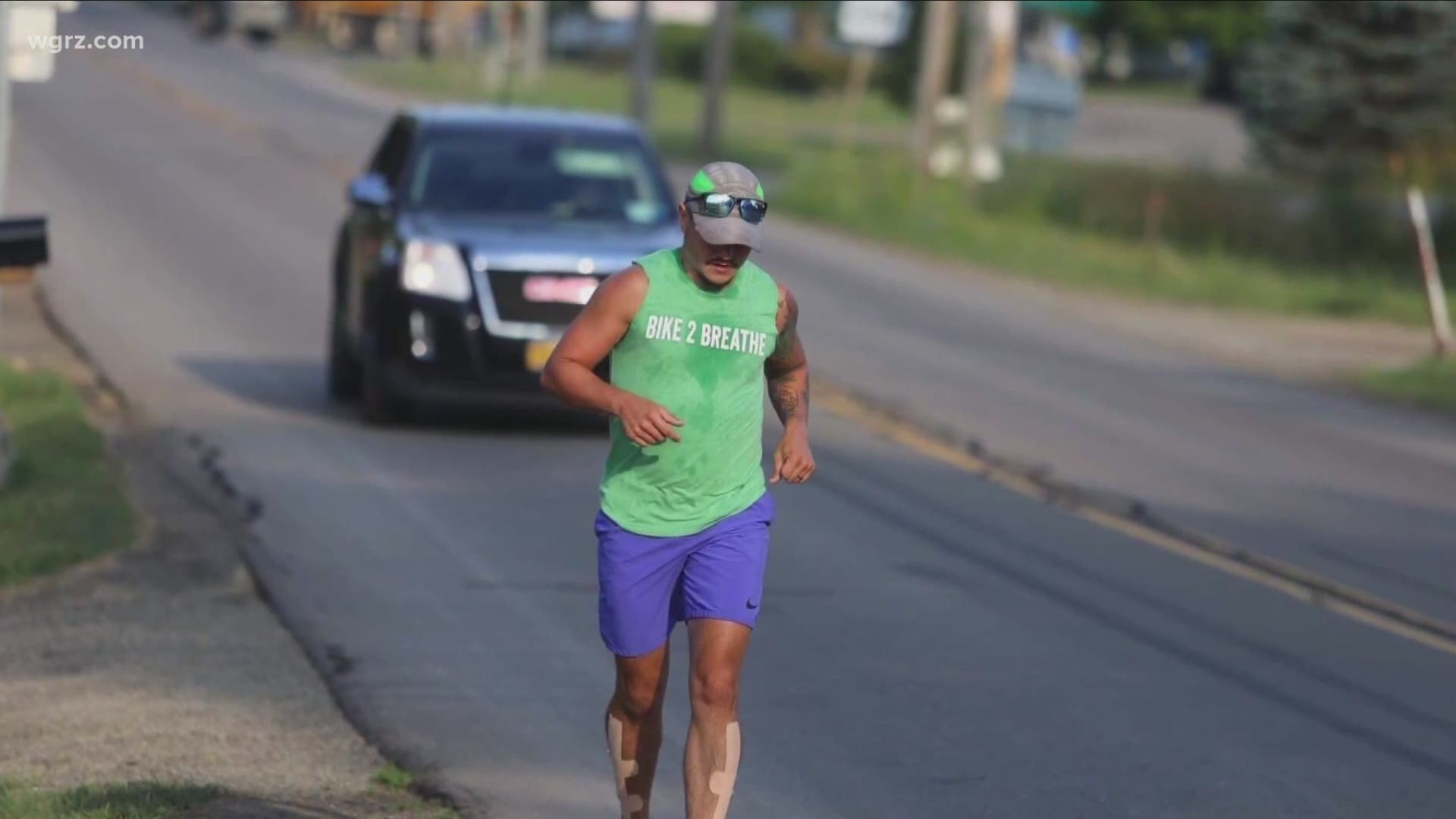 ELLICOTTVILLE, N.Y. — Earlier this week, 2 On Your Side shared Bradley Poole's story with you as he got ready to start running 300 miles in three days around Ellicottville to raise awareness and money for the Cystic Fibrosis Foundation.

A challenging goal for anyone, let alone someone who is living with CF himself.

It's a genetic disease that causes persistent lung infections and limits the ability to breathe over time.

But as Poole finished his first day of running, he knew something wasn't right.

"I got 72 miles in the first 24 hours, and then I got up the next day very early at 2 a.m., which would have been Thursday morning 2 a.m., and I went out and did more miles. I put in another eight, so that got me up to 80. But Wednesday night, I started feeling a little off. Felt weak, dizzy, light headed," Bradley Poole said.

The heat and humidity, along with Poole pushing himself, took a toll, and Poole would spend the next 24 hours in the hospital to recover and get fluids in his system.

But while he was there, something spectacular happened.

84 people showed up Thursday night to pick up right where he left off.

"I was sitting in my hospital bed, bored, just staring at the wall, but I was looking on Facebook and just seeing all of the pictures of people posting themselves, and Deb here sharing pictures on Facebook, as well of all the people, and I was doing live video chats with people who were out walking and stuff and just having that community of support seeing all those people come out support this good cause felt amazing," Poole said.

"As a group yesterday we had 348 miles, so our goal is to just try to beat that today and keep going while Brad hit his individual one-hundred, and just keep supporting him. It's just been amazing. The people, we just had a family drive four hours from Bloomfield, New York because their son had Cystic Fibrosis and he's a runner and he's here to run today," Debbie Golley said.

And, Poole started logging more miles Friday. He's walking this time, but he'll also have some new friends with him.

"I had a guy that I like just knew on social media through Facebook, he has CF himself, he came down from Amherst," Poole said. "That was the first time we actually met, and we ran together. He actually ran the farthest distance that he's ever run in his life, so that kind of, being with me kind of motivated him to go the farthest that he had ever gone."

Poole's goal is to hit more than one-hundred miles by himself, but the sky's the limit for the group.

"People all of the sudden are like, what the heck, who are all these people out on the streets walking? And so, now, I think there's four spots that there's coolers being put up by families and stocked for the walkers and runners to stop, and we have everything from families with a stroller with all their kids with them or large groups or very serious runners. We've had a little bit of everything, so it's been amazing," Golley said.