Roary the lion has new home at the Columbus Zoo

Buffalo Zoo officials say the 4-year-old African lion has been successfully moved to the Columbus Zoo and Aquarium in Powell, Ohio 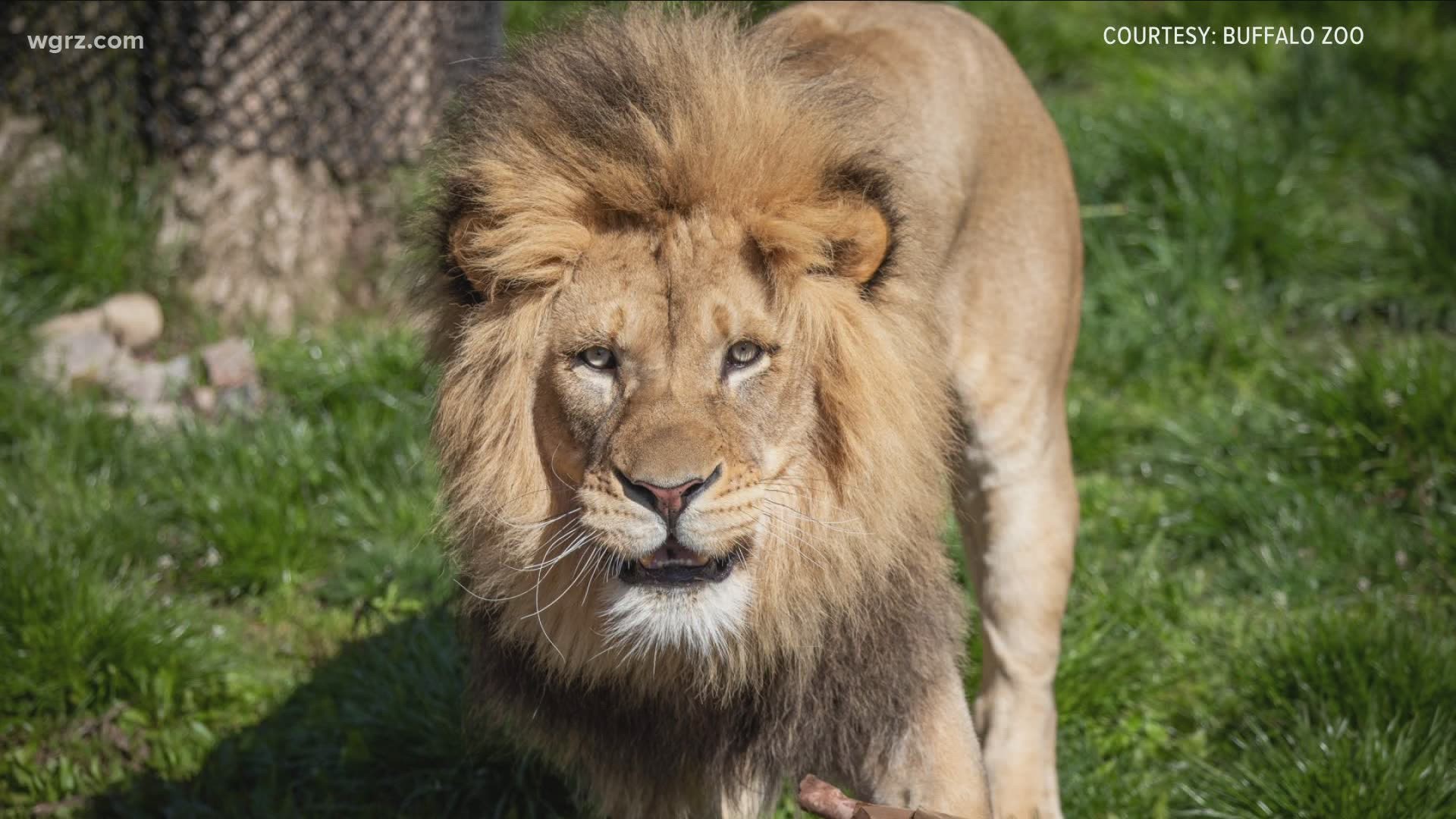 One of the Buffalo Zoo's most popular residents now has a new home.

Zoo officials say Roary, the 4-year-old African Lion has been successfully moved to the Columbus Zoo and Aquarium in Powell, Ohio. Roary was born in Buffalo in 2016 along with his sisters Asha and Amirah and his half-brother Tobias to parents Tiberius, Lelie. Tobias was relocated to the Denver Zoo in late 2018. Shortly thereafter, his sisters left for the Detroit Zoo, leaving Roary as the last remaining cub.

In Columbus, Roary will join female lion Kazi with hopes of seeing little lion cubs sometime in the future. The move was recommended by the Association of Zoos and Aquariums (AZA), Species Survival Plan (SSP). The plans are designed to ensure the survival of selected species at zoos and aquariums, most of which are endangered or threatened in the wild.

"Participating in the Species Survival Program is one of the most significant ways zoos can help save wildlife. While Roary's departure is bittersweet for us, it means we continue to contribute to assuring a bright future for lions in Zoos and in the wild," said Buffalo Zoo President and CEO Norah Fletchall.

The zoo says Roary's move will now open up the opportunity for remaining lions Tiberius, Lelie and Lusaka to breed.