The Monroe County Sheriff's Office confirms Manuel Ortiz, 52, was killed in the crash. Ortiz was a 22 year veteran with the Rochester Police Department. 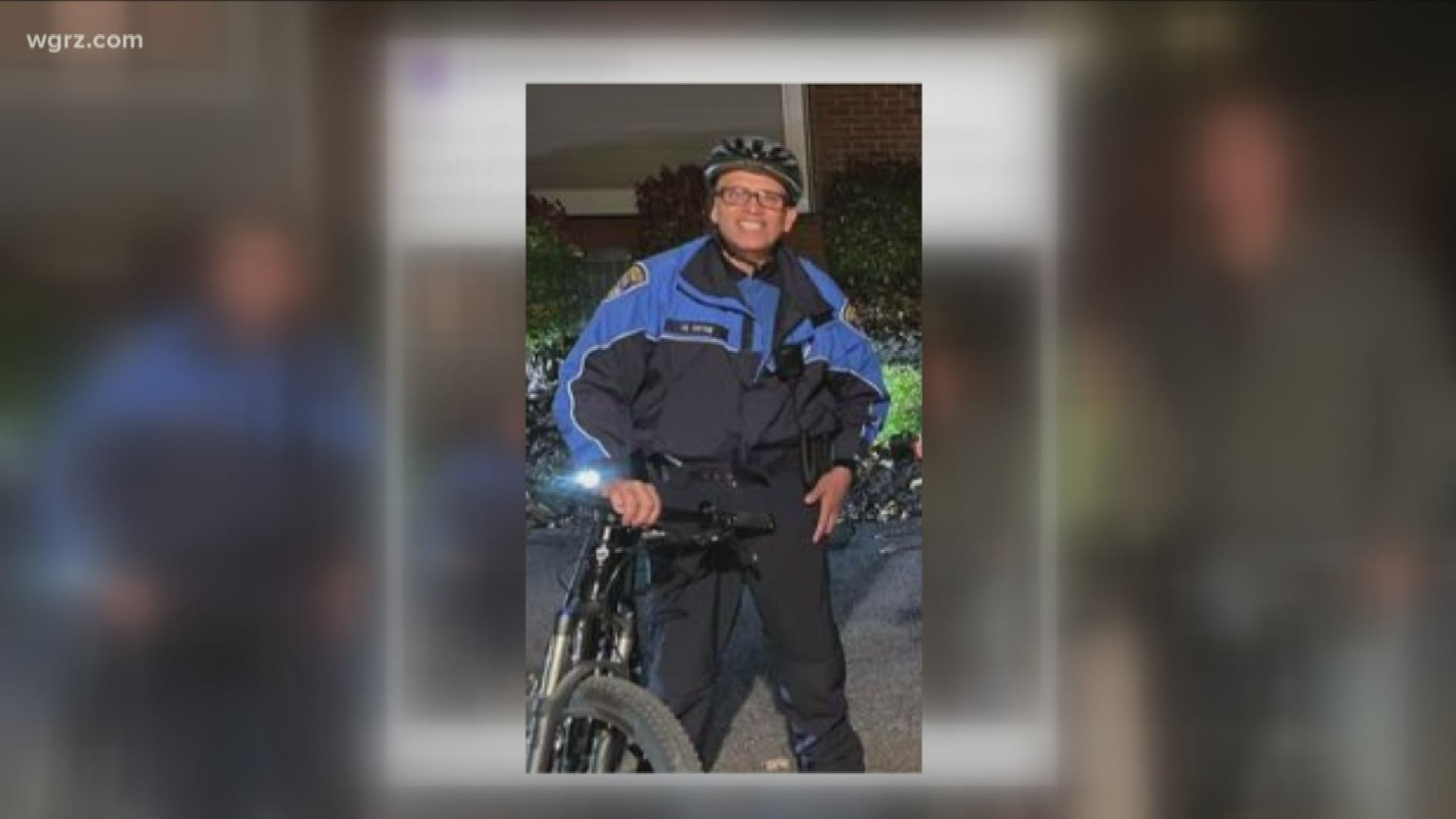 PENFIELD, N.Y. — The Rochester community is mourning the loss of a police officer who died in a one-car crash Saturday evening.

The Monroe County Sheriff's Office confirms Manuel Ortiz, 52, was killed in the crash. Ortiz was a 22 year veteran with the Rochester Police Department.

Deputies say Ortiz's car drove off Empire Boulevard in Penfield and into a ravine around 7 p.m. Saturday. Ortiz was the only person in the car, and was pronounced dead on the scene.

Investigators told WHEC-TV that Ortiz was driving to work when the crash happened.

Just two days before he died, Ortiz was out on bike patrol for Halloween.

Rochester Mayor Lovely A. Warren released the following statement on her Facebook page:

“The passing of Officer Manuel ‘Manny’ Ortiz is a tragedy and a great loss for our City. Officer Ortiz was not only devoted to his career of service, but to his wife and children as well.

Emerson wrote that ‘The purpose of life .... is to be useful, to be honorable, to be compassionate, to have it make some difference that you have lived and lived well. It is not the length of life, but the depth that matters.’ There is no doubt that Manny Ortiz lived well, and served honorably and with compassion during his 22 years as an Officer in the Rochester Police Department.

My sincere condolences go out to his wife and family, as well as, his brothers and sisters in uniform. I ask that all of Rochester join me in praying for the Ortiz family and all those that loved Officer Ortiz.”