2 co-hosts were suspended by Cumulus Media, which owns 97 Rock. This follows racist and sexist comments made on-air Wednesday morning.

BUFFALO, N.Y. — The fallout from racist and sexist comments made on 97 Rock on Wednesday morning continued.

Wednesday night, 2 On Your Side confirmed with a spokesperson for Cumulus Media that Rob Lederman has been fired from 97 Rock and that co-hosts Rich "Bull" Gaenzler and Chris Klein are suspended for what they all said on the air about Black women.

Also Wednesday night, Pegula Sports and Entertainment fired Gaenzler. He was an in-arena host for the Sabres and Bandits. Gaenzler was also fired from his position as the public address announcer for University at Buffalo football games.

On Thursday, 2 On Your Side went back to the communications firm handling things for Cumulus, the company that owns 97 Rock. We asked if the co-hosts who were suspended would be facing additional disciplinary measures or if they would be terminated.

"By now you've probably heard about some things that were said recently on 97 Rock. In a weak moment reckless racist words were spoken on the station. Words that echoed widely and caused pain in this community. All of us in the Cumulus Buffalo organization want to take a moment to talk to you about this, and to apologize from our hearts for the hurt that's resulted.

"It's so important to us that you know this is not who we are. We're buffalo people, all of us committed to making our community a better place to live. We aim to build, we work hard all year to lift up Western New Yorkers who need a hand. We rally this community to feed the hungry, we make wishes come true for children with life threatening illnesses, we raise money to fight cancer, support children's hospitals, and a lot more, it's our mission to make life better for everyone who lives here to entertain you, make you laugh and make you proud of your hometown. We know many of you feel that we've let you down, and for that we are truly sorry.

"Here's our promise: We will redouble our efforts to fight ignorance and racism in our community. You can trust us to do more and to unify all who call this big beautiful diverse town, their home. Because that's who we are. Thank you."

We also requested an interview with someone from Cumulus to talk about the fallout from Wednesday's radio show.

A spokesperson for Cumulus Media told us that the company has nothing to share beyond a statement. It reads, "CUMULUS MEDIA operates from a clearly-defined set of programming principles and there is no question that Rob Lederman's comments made on The Morning Bull Show are in direct violation of those principles. We swiftly terminated him and suspended the remainder of the show's on-air talent. We apologize, and deeply regret the incident." 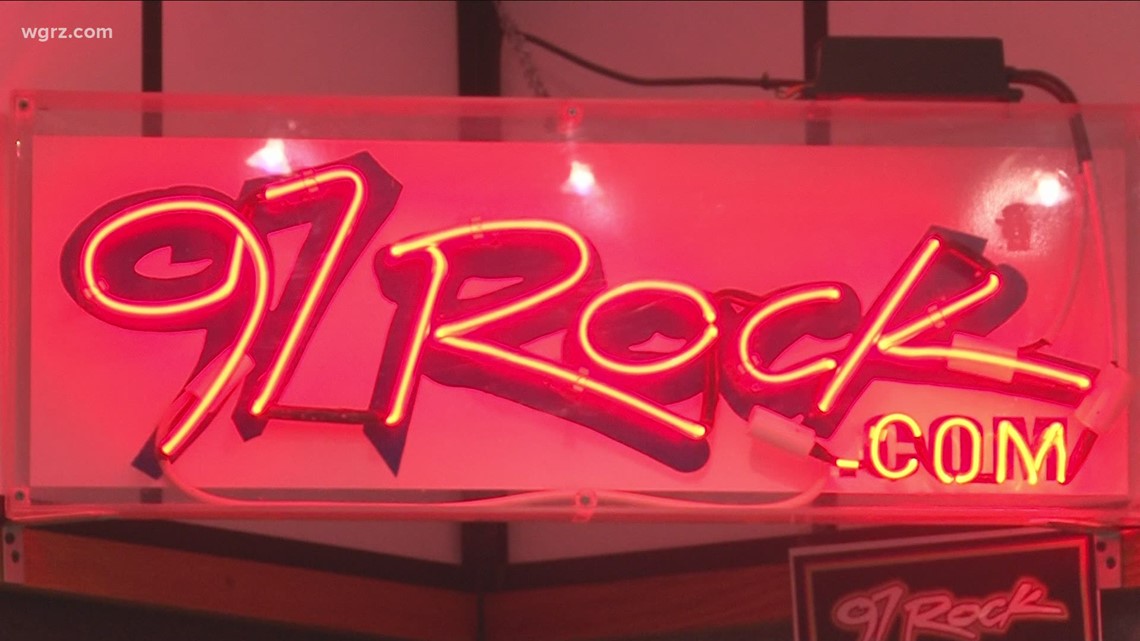 97 Rock's Rob Lederman fired after racist comments on morning show
The show's two co-hosts were also suspended for their involvement in the segment. The show remained off the air Thursday morning. BUFFALO, N.Y. - A 97 Rock employee was fired and two others suspended following racist comments made on-air Wednesday morning. The comments were made on the 97 Rock Morning Show.

That is the same exact statement we received Wednesday night word-for-word.

And before we got word of the hosts being fired or suspended, advertisers started pulling their ads from 97 Rock.

If you went to the 97 Rock Twitter page as of 3 p.m. Thursday, two of the personalities were still featured at the top of the page promoting the show.

Many public figures have condemned the racist and sexist conversation, including Buffalo Mayor Byron Brown, who talked about it Thursday afternoon.

ESPN Bills beat reporter Marcel Louis-Jacques, who tweeted about what happened Wednesday, really got this story out there. So far, his tweet of an audio clip of the show has been listened to nearly 300,000 times.