The fundraiser will raise money for Grace Guest House in South Buffalo. 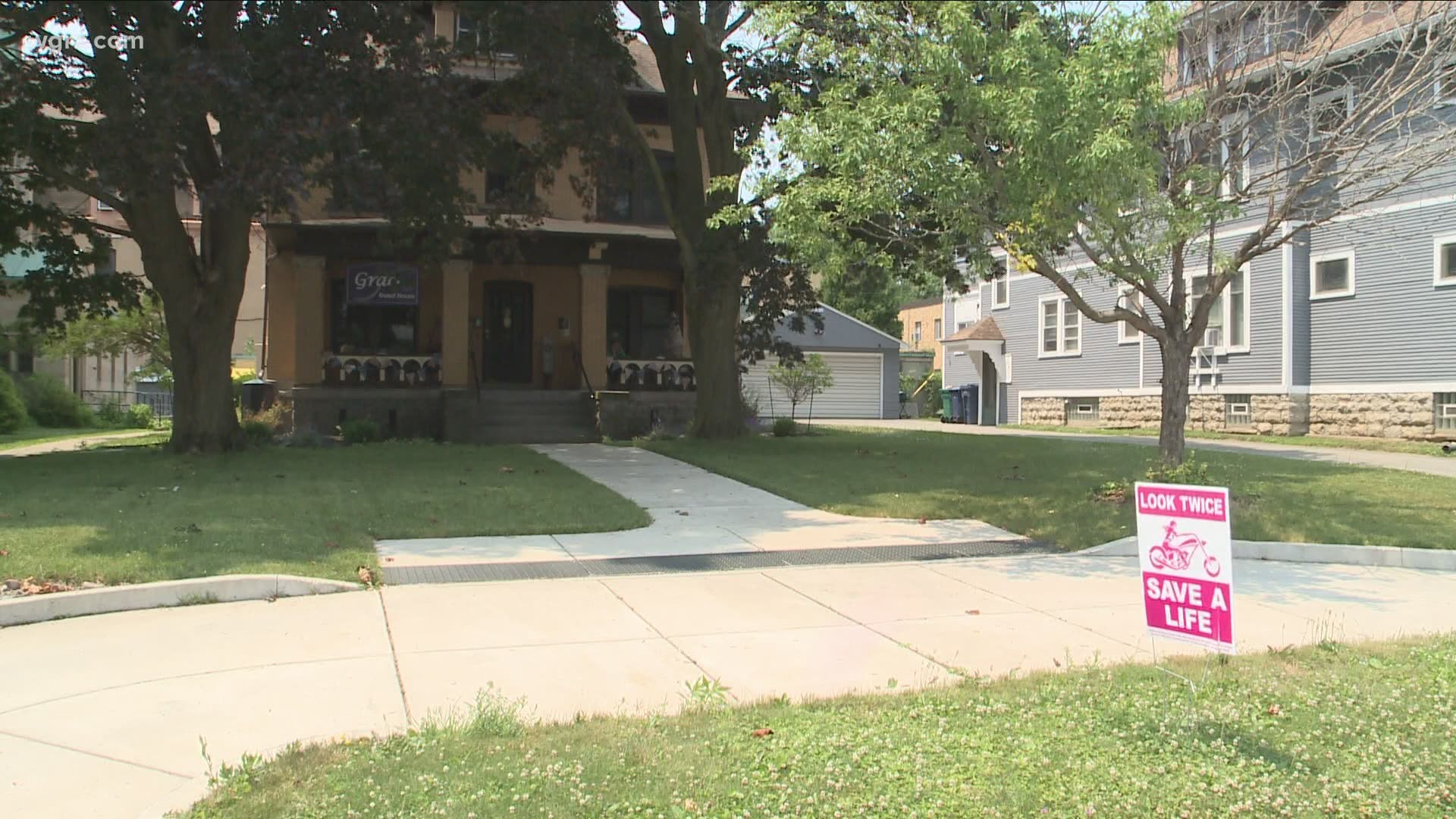 BUFFALO, N.Y. — Grace Guest House opened in 2017 and since then, it has been a place for families to stay while their loved ones are getting medical care.

This Saturday, Grace Guest House is hosting a motorcycle safety ride because the family that served as its inspiration has a son who survived a motorcycle crash.

Someone Cindy Battista knew survived a motorcycle crash. His family stayed at a guest house in North Carolina, and she thought it would be a great idea to open one in South Buffalo to help families have a place to stay while their loved ones are in the hospital.

This fundraiser will not only help families staying at Grace Guest House in South Buffalo, it will also help raise awareness about motorcycle safety. "Ride with Grace" is a motorcycle safety and awareness cruise that will take riders 125 miles through Erie, Cattaraugus, and Chautauqua counties.

"We're hoping to get a drone view of it because it should be pretty cool," says Grace Guest House President and Executive Director Cindy Battista. "And, I just hope it raises awareness that these bikes are on the road, they may not be in a car, but they're on the road, they have a right to be on the road and we all need to be aware. We've been posting some information about why they swerve, and they swerve so they can be seen, you know, different things that will help motorcyclists be safe when they're out there on the road."

The guest speaker will be Carrie Owens, Sacred Heart Academy's varsity basketball coach who survived a motorcycle accident that nearly claimed her life.

"And, she's going to be speaking and sharing her story of her accident that happened last November and how she has, you know, continued to survive and thrive and some of the challenges and actually some tips for the motorcyclists that will be there," Battista said.

And Battista says there's also a family staying at Grace right now because of a motorcycle crash.

"They know based on the gentleman from Asheville, I just told the grandmother the other day I'm going to pour hope into you right now because I'm going to tell you the story of David Celej who survived. And, you know, she took heart with that story," Battista said.

The ride starts Saturday at 10 a.m. at Buffalo Harley-Davidson and ends at the Erie County Fairgrounds with a picnic.