Buffalo Olmsted Conservancy announced the $700,000 project is expected to be complete in late 2022. 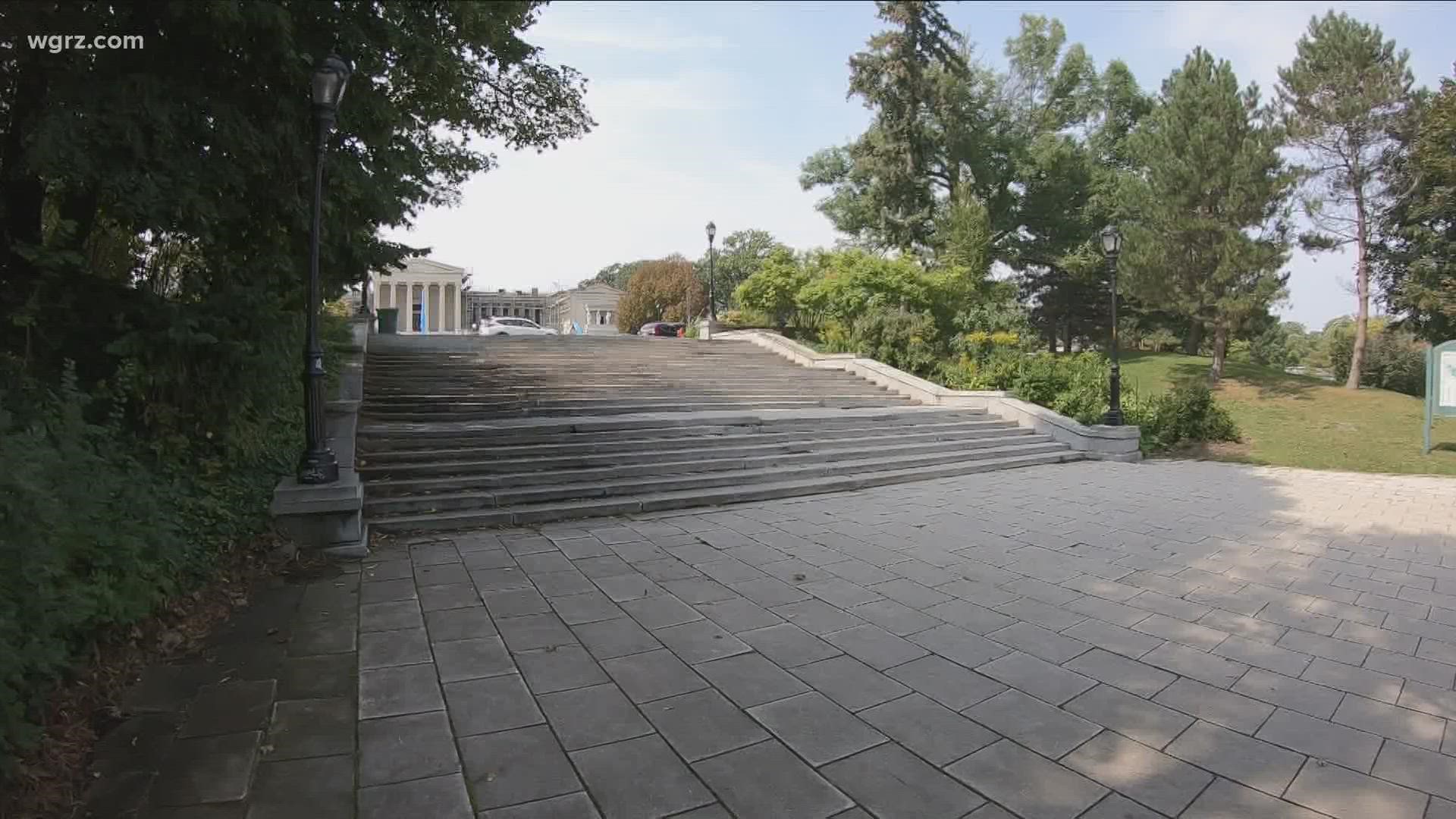 On Tuesday, the organization that maintains the entire Olmsted park system announced the restoration project of the Grand Staircase at Hoyt Lake in Delaware Park. Conservancy officials hope to finish raising the $700,000 needed for the project this fall and begin preliminary work.

Over the past ten years, the staircase has reached a critical point, according to the Conservancy. The steps have shifted and large sections of the foundation have eroded away.

“The Grand Staircase symbolizes a tangible connector in our historic park system and true to Olmsted’s design principles it serves as public access to valuable parkland. The staircase is one of, if not the oldest original park feature,” said Stephanie Crockatt, Conservancy executive director.

“To celebrate this achievement as part of Olmsted’s 200th year would be magnificently appropriate in tribute to this amazing man and Buffalo’s Olmsted park system. We are grateful for our dedicated partners, neighbors and donors and hope we can inspire anyone and everyone who uses these iconic stairs to help us reach our goal.”

Special thanks to all donors who have come forward and to @RCWJRF for their support. @olmsted200 pic.twitter.com/RkuqpEd1Nv

“From weddings to proms and graduations, numerous memories are enhanced and visually captured at the Grand Staircase year after year,” Delaware District Councilmember Joel Feroleto said. “I’m very supportive of this project for the community and especially applaud the Conservancy’s directive to clean and reuse as many of the historic granite stones as possible.”