The Bills game Saturday starts at 8:15 p.m. Due to a statewide 10 p.m. curfew, outdoor dining would have to end during halftime. 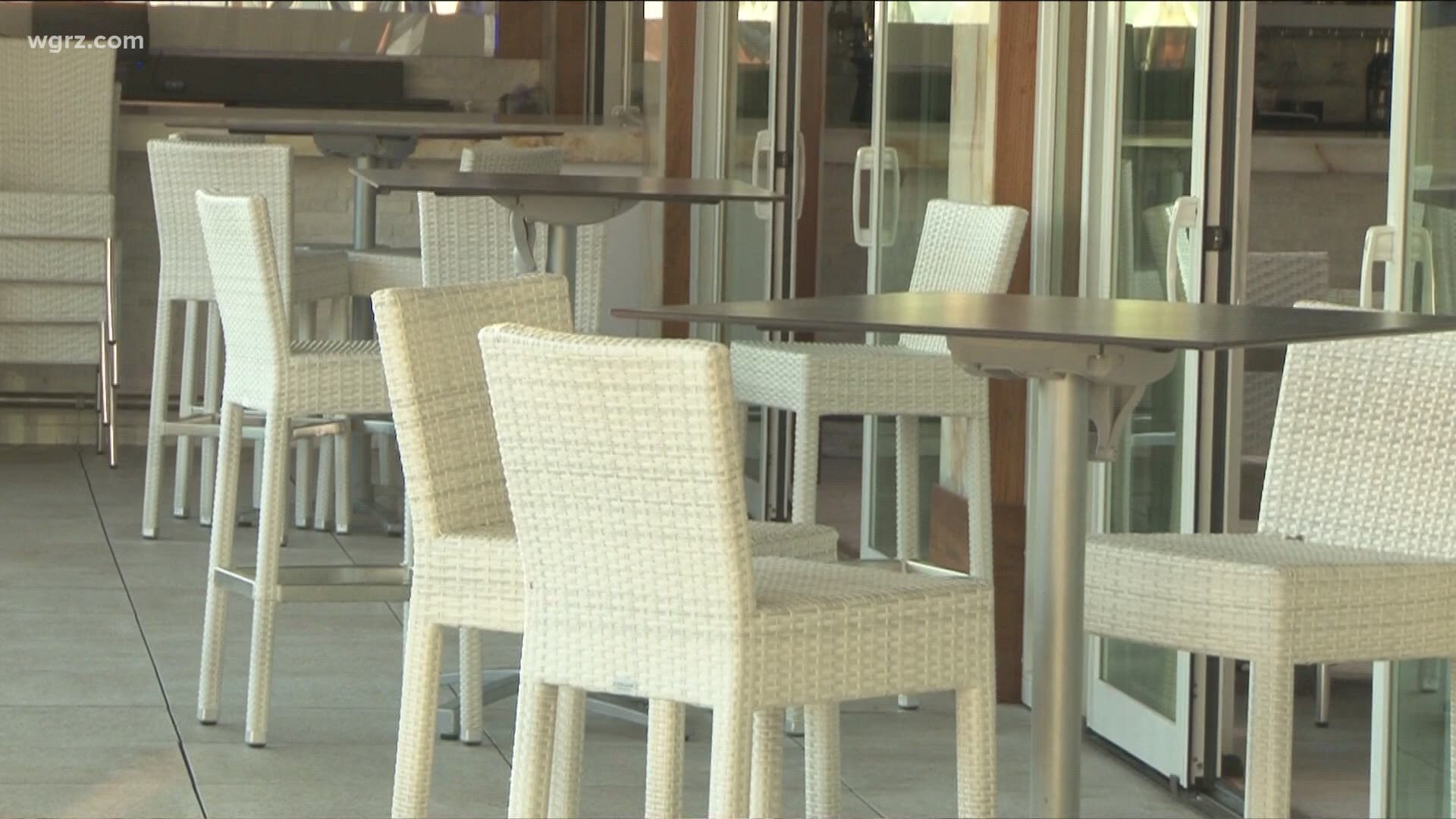 Restaurant owners told 2 On Your Side that the slated 8:15 p.m. kickoff is creating some issues.

K.C. Mullett owns the restaurant Neat in Williamsville, he said he planned on hosting a socially-distanced outdoor dining event for the game, but the late game meant he had to cancel.

"Then it came out last night that the game was going to be at 8:15 p.m. on Saturday which kinda totally took the wind out of our sails," he said.

Under New York State guidance, outdoor dining must end at 10 p.m. statewide, which would leave patios and restaurants empty right around halftime.

Soho Burger Bar owner Jay Manno was one of the businesses on Chippewa Street involved with last weekend's "Playoffs on the Patio," an outdoor socially-distanced viewing event.

"I would definitely deem it a success from what I understand from all the powers at be in the city they were pretty pleased with the way it went," said Manno.

Manno said there are plans to hold the event again this weekend and said he's been in contact with city officials about asking the state to extend the curfew.

"I do know that people from the city have reached out to the state and asked the state for the sake of Saturday night to lift that curfew or at least extend that curfew," he said.

A spokesperson for Buffalo Mayor Byron Brown confirmed he is pursuing conversations with state and county leaders about the curfew.

"We've made the request, we've worked with the state closely on so many things, particularly during the COVID-19 pandemic and I'm sure that if the state feels that it's safe to do, they will do it," Brown said. 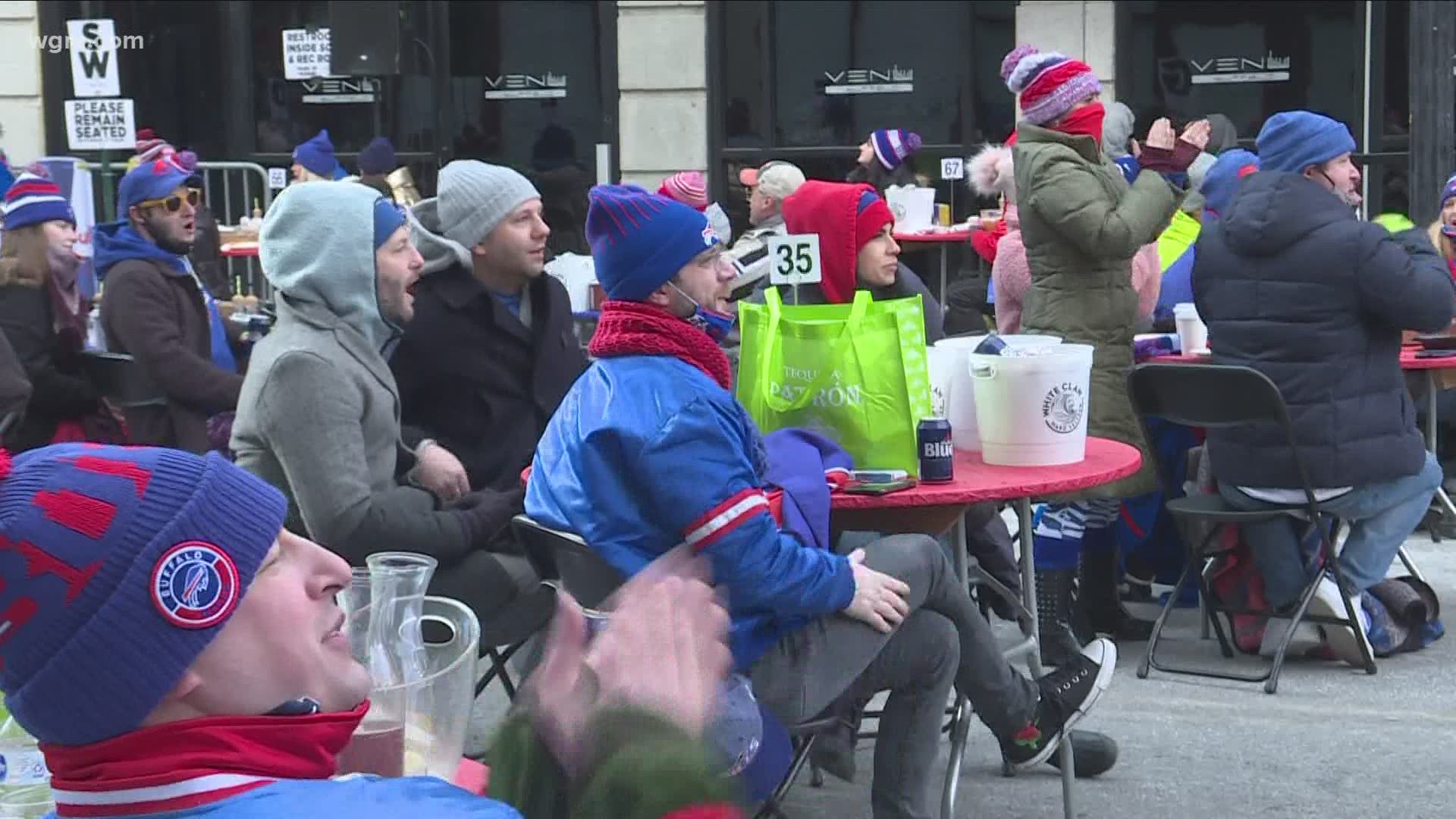 The Erie County Minority Caucus also sent a letter to the Governor Andrew Cuomo's office asking for the curfew to be extended.

"I would hope that the governor's office would take a look, realize that this is simply extending outdoor dining one night for the playoff game and that they would allow it given the circumstances," said Erie County Legislature Minority Leader Joseph Lorigo.

"As a lifelong fan, I’m aware that this is a very exciting time for Bills supporters throughout WNY, and I’m particularly pleased that we have found a way to allow fans to attend the playoff games in person using testing and contact tracing to ensure safety.

"I know it’s not ideal, but we continue to encourage people to remember we are still in the midst of a global pandemic.

"We’ve come too far as a team and community to jeopardize our collective success and must continue to follow guidance that has proven to keep fans safe and prevent further community spread of COVID-19."