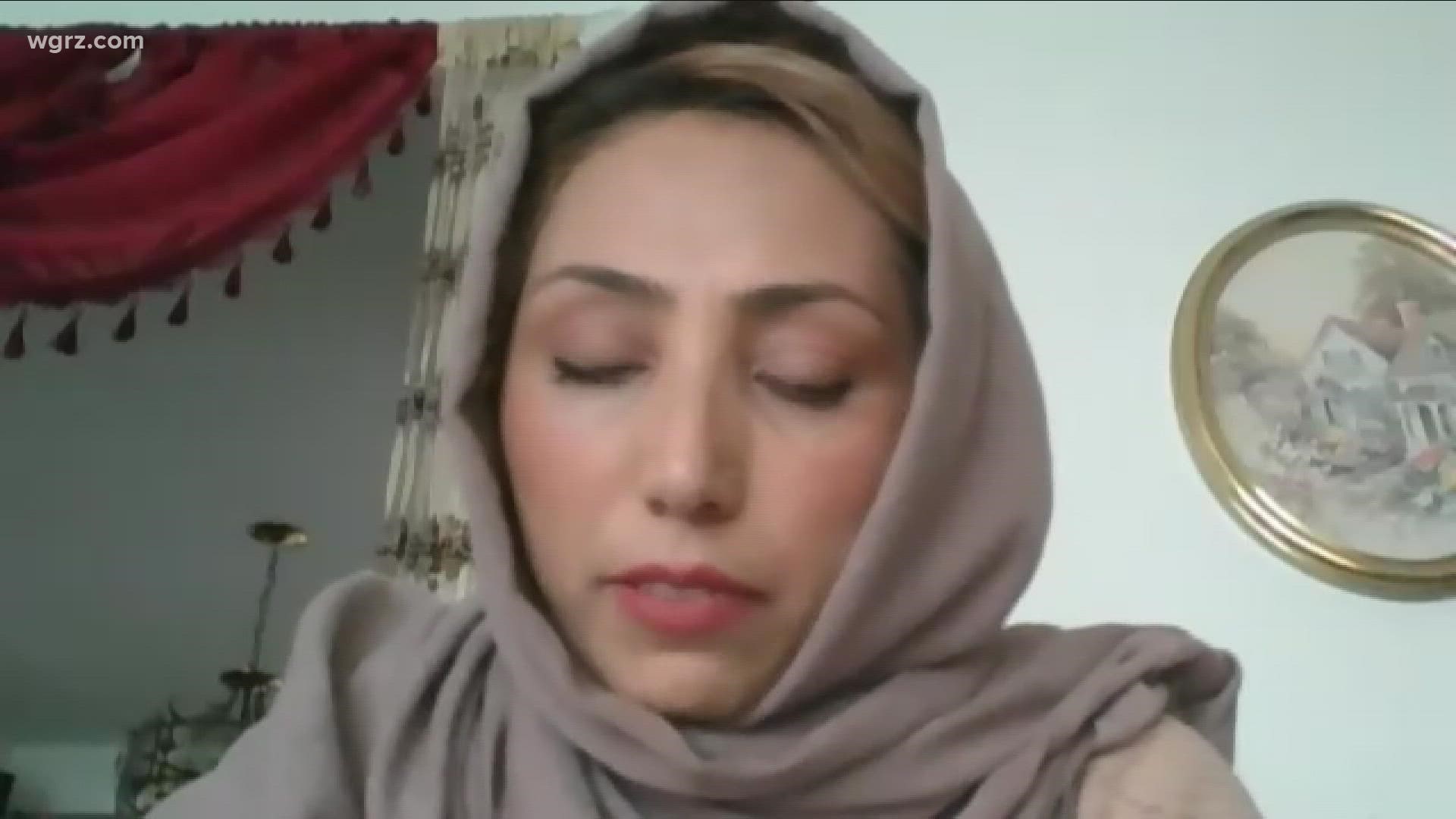 BUFFALO, N.Y. — As the humanitarian crisis plays out in Afghanistan, local refugee resettlement agencies in Western New York are working to get Afghan refugees here.

But that process is not cheap, and there are concerns about what services will be available here when Afghan refugees do arrive.

Local refugee resettlement agencies say it's estimated the vast majority of Afghan refugees, perhaps 80 percent of them, will come to the United States as parolees.

"Our attorneys have been extremely busy in filing humanitarian parole applications to try and get people out of Afghanistan," said Karen Andolina Scott, executive director at Journey's End Refugee Services.

But that process can be expensive. Last week2 On Your Side told you about Yelda Natiq: She's been in Buffalo for 12 years and is trying to get her family out of Afghanistan.

"The situation is very bad, they don't trust, they are scared every minute. If the door is knocking, they're afraid if they came over here to kill us," she said.

Yelda says she's submitted documentation with Journey's End, to get her family here.

But she was told all the paperwork could not be sent at once because there is a $575 fee for each family member. Yelda is trying to get 13 family members to the United States, and the money is just not there. Yelda says there is a fee waiver, but she's not eligible for that, so she's waiting to learn more.

Local refugee groups have questions about the process.

"It's not clear if these individuals will be brought to third-party countries," Scott said.

And there are concerns about whether the services that are here when Afghan refugees do arrive.

"There's no safety nets, there's no access to benefits in the same way that refugees and asylees, SIV's have access to," Scott said, "Unless they eventually apply for asylum."

Added Hannah Vickner Hough, director of National Immigration Programs for World Relief: "There is a lot that remains unknown, and refugee resettlement agencies and community members that are wanting to support Afghan evacuees and our allies are asking these questions to get more clarification."

It's also unclear how many refugees will come here and when at the earliest that could happen.