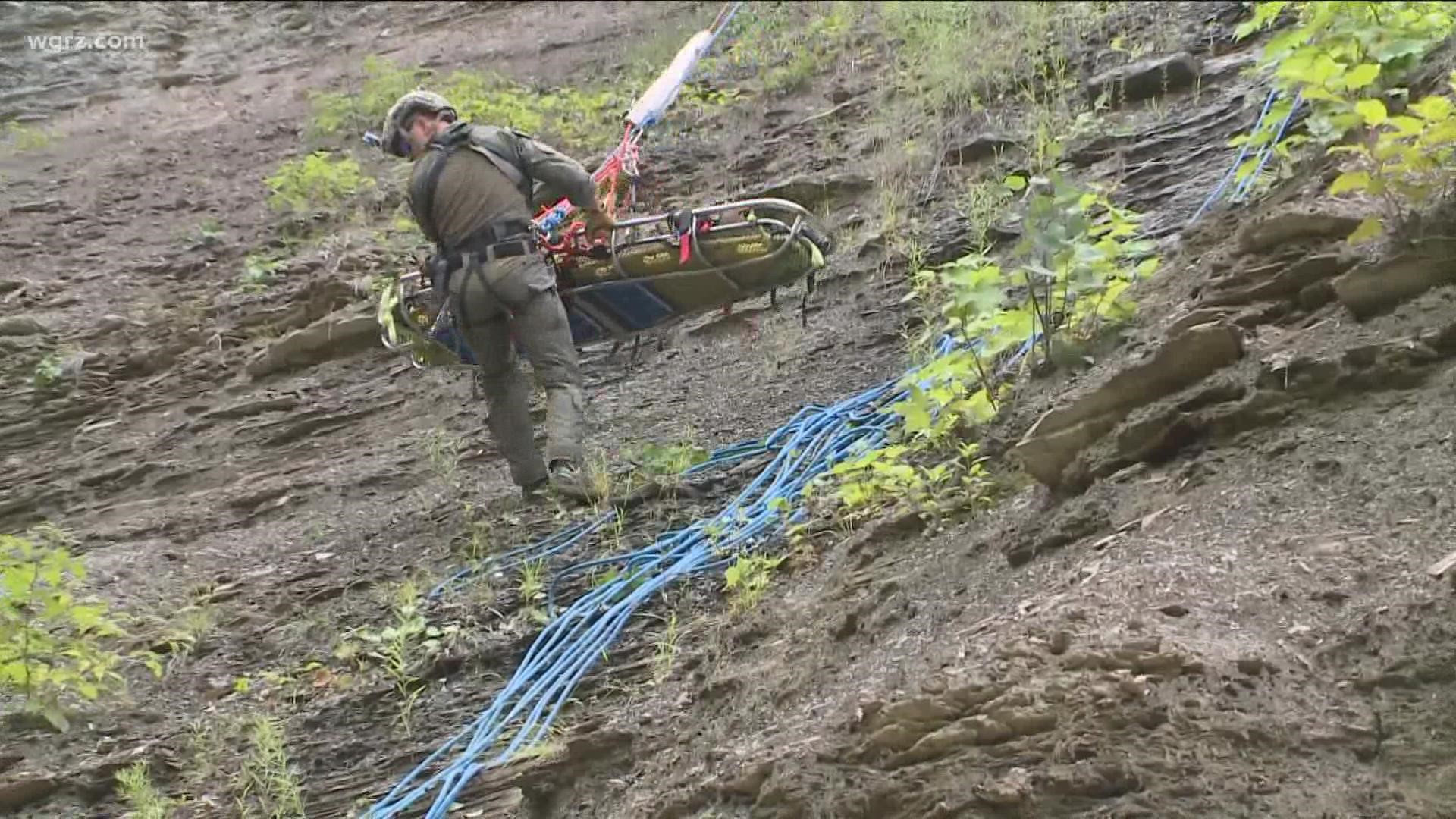 GOWANDA, N.Y. — We have unfortunately had to cover a fair share of accidents at popular hiking destinations in Western New York especially at Zoar Valley.

While some safety changes have been made there in recent months, it does not stop rescue crews from training for the worst.

The beauty of Zoar Valley mixed with the reality that it can be dangerous as we've shown you so many times.

So the Erie County Regional Rescue Team has to be prepared. It starts with the equipment. $150,000 dollars in state and county grants set up a response trailer for rope and water rescues with trained personnel including regional volunteer firefighters around Gowanda.

Gowanda Fire Chief Steve Report says, "Back in 2005 former state senator Cathy Young was able to get us some grant money from the state and then we've also received grant money from Erie County and other sources."

Now partnerships with other agencies allow for an expanded response program which we saw in a recent training exercise.

Members of the Erie County Sheriff's Office Special Operations Unit and SWAT team along with Gowanda volunteer firefighters and state DEC forest rangers make up the specially trained team. They all work in a coordinated way to handle life-saving rescues.

They have also trained with state troopers who have their own high-angle rope rescue units.

Lt. Neil Held of the Erie County Sheriff's Office says "We are set up with all our equipment in our vehicles and then what else they bring in. We have to be able to go over the edge of the cliff within five minutes to get to the victim as soon as possible."

And now there is a new tool in their crucial work obtained with a recent grant from the Erie County legislature. Drones can be set up and use by deputies to help spot victims or missing people in the gorge.

Held says "Obviously our Air One helicopter with the ability to lift people up and out of situations is the best way. But if it's not available we have these drones, the unmanned aerial platforms, which allow us to spot the victim and get to the person as soon as possible to render them aid. Time is of the essence."

Through our cameras, we got a chance to see directly what it's like to rappel down what could be a 300-foot rock face cliff to rescue an injured victim who may have fallen. Or to take care of someone who is lost and just cannot get back up or back out from the valley floor.

It's a tough way to go up and down and these team members have to be carefully screened and trained.

And again law enforcement is an element according to Lt. Held "There can be worst-case situations when someone has died. When we were going down as deputies we're also checking to make sure of the circumstances because maybe it's not an accident. So there are crime scene elements with forensics and things we have to do to check it out to make sure that it wasn't a crime"

Fortunately, there were only two calls for the rope rescue team so far this year but last year there were 20 calls. Chief Raiport says "I think last year with the pandemic people were just trying to get out and do something. So we had a lot of calls last year. We were very busy."

But they're on-call and ready anytime they're needed in the Zoar Valley or elsewhere in rugged but beautiful areas of Western New York.