Report: No cause of death for India Cummings

A report shows a woman who died after entering the Erie County Holding Center last year died from undetermined causes. 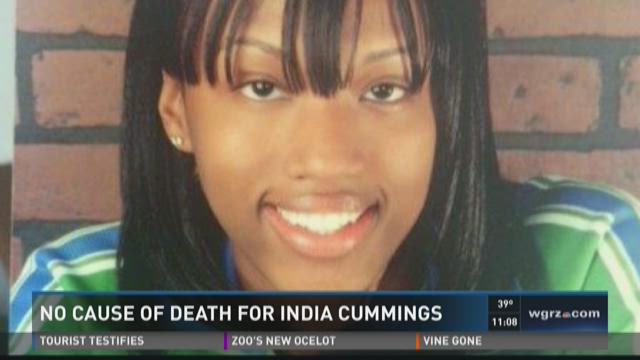 BUFFALO, N.Y. -- A report shows a woman who died after entering the Erie County Holding Center in 2016 died from undetermined causes.

The Erie County Health Department confirmed the finding, which came from an autopsy done by a medical examiner from Rochester, who was brought in to help clear a backlog of cases.

Cummings was taken to the jail after Lackawanna Police say she started to act irrationally from the use of synthetic marijuana. She then stole a car and led police on a brief chase. Her family told 2 On Your Side in March they believe Cummings had a medical breakdown.

An attorney for Cummings' family claims she did not receive proper treatment at the Holding Center. India's family said in March they believe India should have been in a hospital for treatment rather than a jail.