For the first time the state is providing a dedicated funding stream for repair and repair maintenance of 35 years old light rail system, and there's plenty to do. 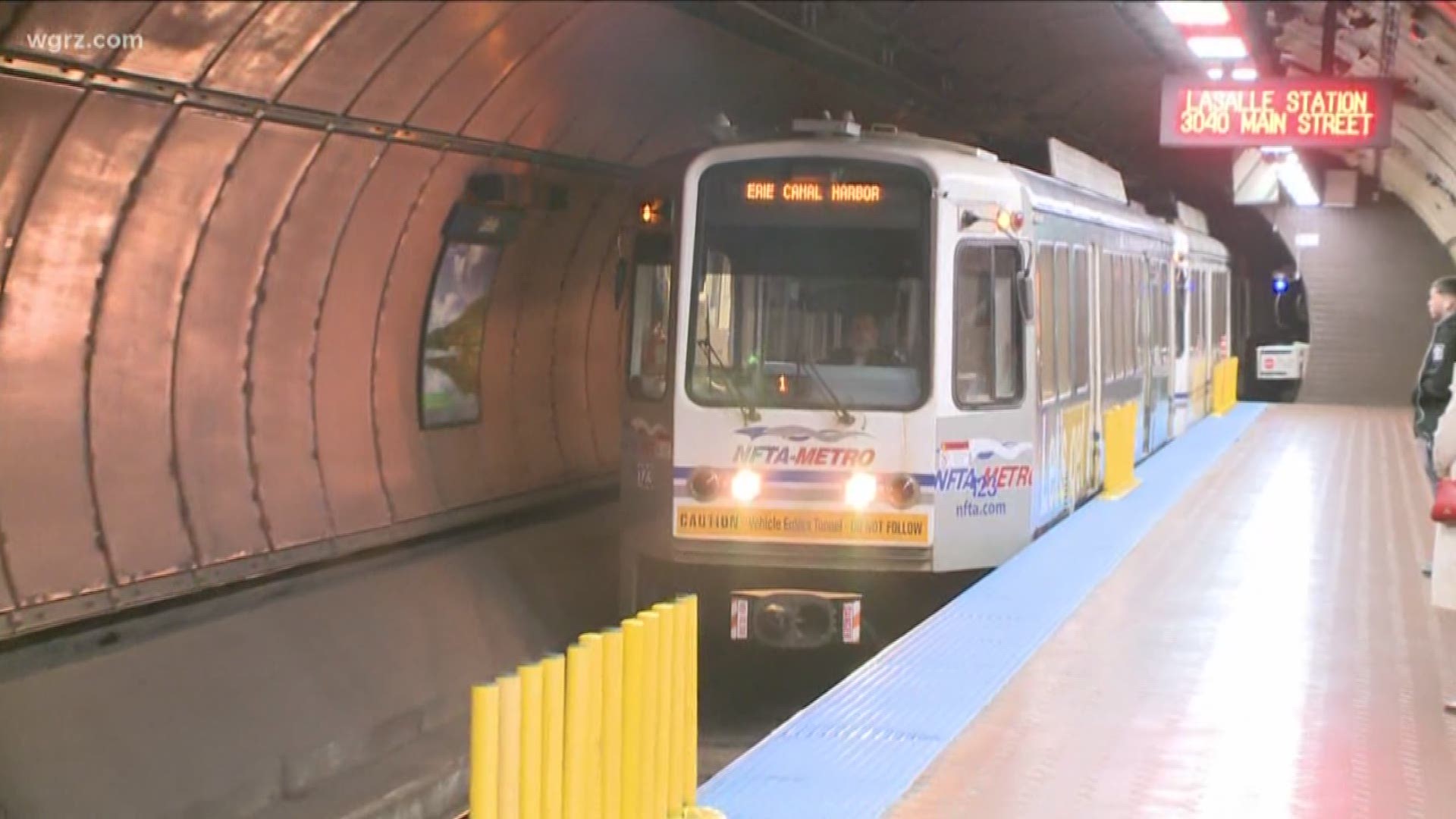 BUFFALO, N.Y. — There's a mess beneath Main Street, and it's called the Metro Rail.

For the first time, New York State has established a dedicated funding stream to repair and maintain the subway system that's been operating since 1985.

$100 million to be used over the course of the next five years.

Those who haven't been down below in several years, might be startled to find the disrepair that exists in parts of the system.

Combined with malfunctioning operating systems not noticed b y teh casual observer, it adds up to a not very pretty picture beneath Buffalo.

"This is not the image we want visitors to see and it's certainly not the system that riders and our community deserve," said NYS Senator Tim Kennedy (D-Buffalo) who this year was appointed to head the State Senate Transportation Committee.

One might presume a system operating with electric vehicles well below the surface, wouldn't be subject to the elements which routinely wreak havoc on the streets above.

The head of the NFTA says they'd be  wrong.

"Our trains go outside on street grade where they are exposed to salt and snow and that's brought down under ground as well," noted Kimberley A. Minkel, the agency's Executive Director. "And that's contributed to the deterioration that we see down below."

Minkel also believes it is lost on many that the subway is approaching its 35th year of operation.

"It's just like your car or your home...if you don't maintain it, it won;t work," she said

"Since 1985 there hasn't been a lot of work done and there's not been a dedicated stream of state funding for the system's capitol needs," said Kennedy.

The $100 million dollars will be spent over the next five years to make repairs, in order to cure something which Kennedy claims has become obvious to riders...the impact the disrepair has begun to have on the most basic of functions: keeping the trains running on time.

"In the fiscal year of 2013 the system boasted an impressive 95% on time rate and just five years after that, the rate has actually decreased to 85%,due in very large part to the upkeep and maintenance issues that have not been funded," Kennedy said.

"Anything you can do to make this system more reliable is a huge win for riders," said Robin Tashjian, who describes herself as a regular user of public transit in her commute to work.

Impact of Repairs to Current System on Future Expansion

While talk of expanding Metro Rail to the University at Buffalo's north campus in Amherst sparks a lot of community int erst, Minkel says even if that were to occur, the current system would still have to be repaired.

If the NFTA fails to do so, Minkel says the federal funding critical to come up with the approximately one billion dollars needed for such an expansion could be imperiled."

"We will be scored on our effort and ability to maintain our current system," said Minkel. "They take a look at the state of good repair, and they take a look at the investment. So this $100 million to get it into good repair absolutely makes all the difference in terms of scoring. We are taking care of this today, so we can build for the future tomorrow."

Minkel added that even if everything worked out, the expansion of Metro rail to UB North wouldn't likely be completed until 2028.