Ramping up the rhetoric: Thruway dispute shows no sign of slowing

Barbs fly between NY State and the Senecas regarding who is to blame for the condition of I-90 as it passes through the Cattaraugus territory, and why it's not fixed 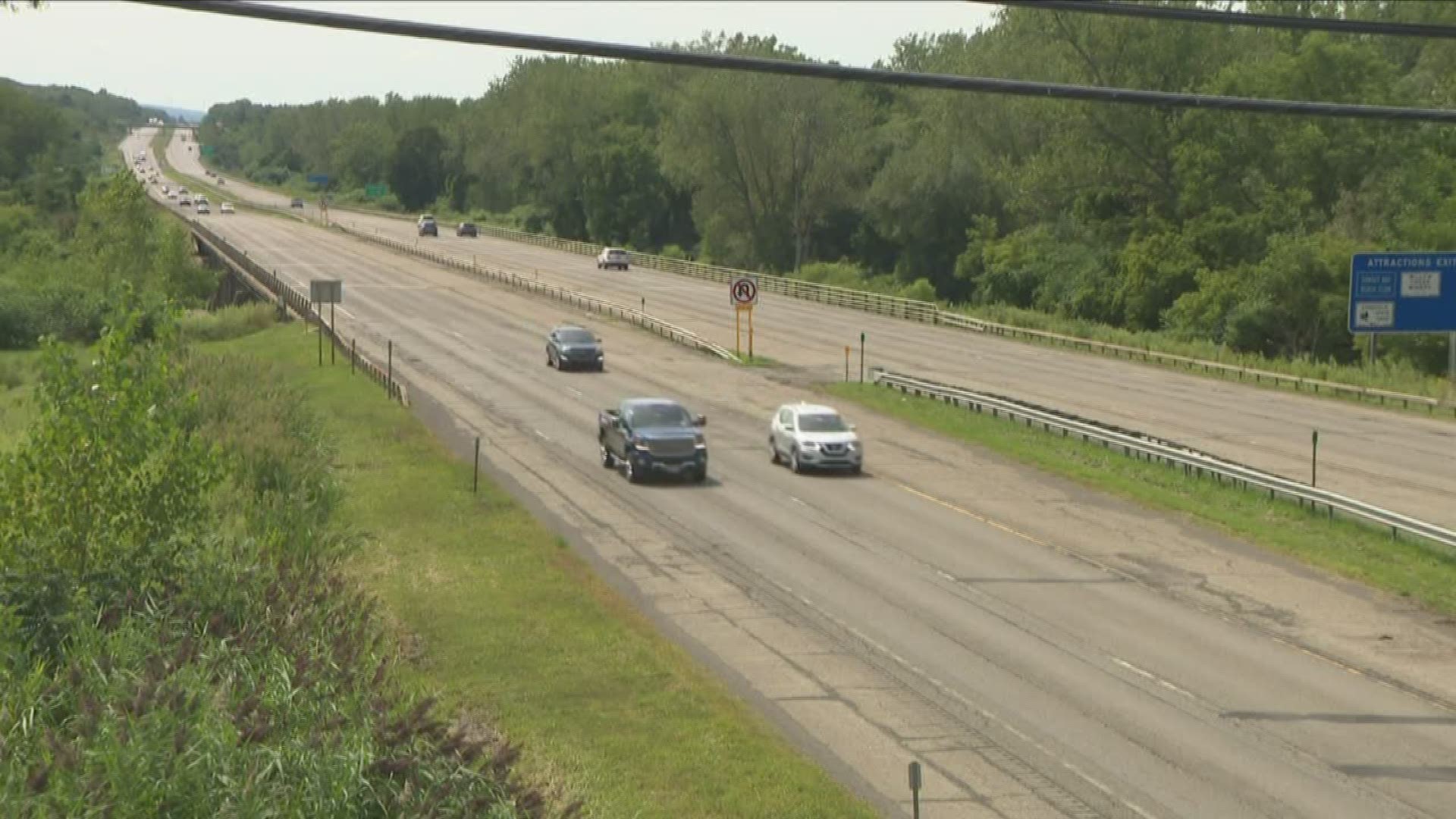 BUFFALO, N.Y. — The New York State Thruway Authority says it's ready to fix a bumpy stretch of the Interstate 90 through the Seneca Nation's Cattaraugus Territory "tomorrow" – if only the Seneca Nation of Indians will permit the repairs.

An escalating war of words has become as rough as the roadway itself, with the latest volley in this ongoing battle being fired by the state.

As part of a continual pattern of blame shifting – on the parts of on both sides – the Thruway Authority released a letter over the weekend that it sent to the Seneca Nation.

In the letter the Thruway Authority Executive Director Matthew Driscoll expresses "frustration," claiming his agency has been trying for five years to get the permission it needs from the Seneca under existing treaties to make the repairs.

But Driscoll says those requests “were either met with silence or outright rejection by the nation's leadership."

This prompted the Seneca to release a statement in which it claimed that the Thruway Authority has repeatedly "canceled and rescheduled meetings…to have a comprehensive discussion regarding important transportation issues."

The statement further described those issues as “larger transportation infrastructure needs that need to be addressed in a comprehensive way,” without stating precisely what they were.

This prompted another press release from the Thruway Authority on Monday, in which Driscoll is quoted as saying, “While the Authority is not aware of what ‘larger transportation needs’ the Seneca Nation refers to, we would nevertheless be happy to meet to discuss the other alleged issues once we have an agreement in place to address the work we both know needs to be completed. There is no reason to delay and hold the traveling public hostage to other purported issues that are clearly unrelated to conducting repairs to the Thruway.”

U.S. Rep Tom Reed (R-Corning) continued to urge both sides to work to get the road repaired.

Reed’s attempt to enter the fray in August was met with a sharp rebuke from a spokesperson for Governor Andrew Cuomo who called Reed a “patsy” of the Trump administration and of the Seneca Nation.

“They can call me names and tell me to butt out, but when you put people’s lives at risk I’m going to step up and stand up to bullies and get this taken care of,” Reed said

Reed said again that the road will only get fixed when the warring parties agree to leave other issues off the table, such as the simmering dispute over lapsed casino payments.

Last month, Cuomo finally acknowledged that the ongoing rift between the state and the Seneca over lapsed casino revenues may be playing a part in the thruway matter – when he inferred that unless the Seneca pay up on the quarter billion dollars that an arbitration panel determined they owe the state – he’s reluctant to allow the Thruway Authority (even though it supposedly operates independently) to fix the road, which continues to rot.

“That could actually jeopardize our position on the revenues," Cuomo said.

Accusing Cuomo of playing politics while jeopardizing public safety, Reed then called for the federal justice department to investigate Cuomo over the state's “lack of action” in repairing the road.