Dozens gathered outside One Bills Drive to protest the proposed closure of New Era's production plant in Derby. 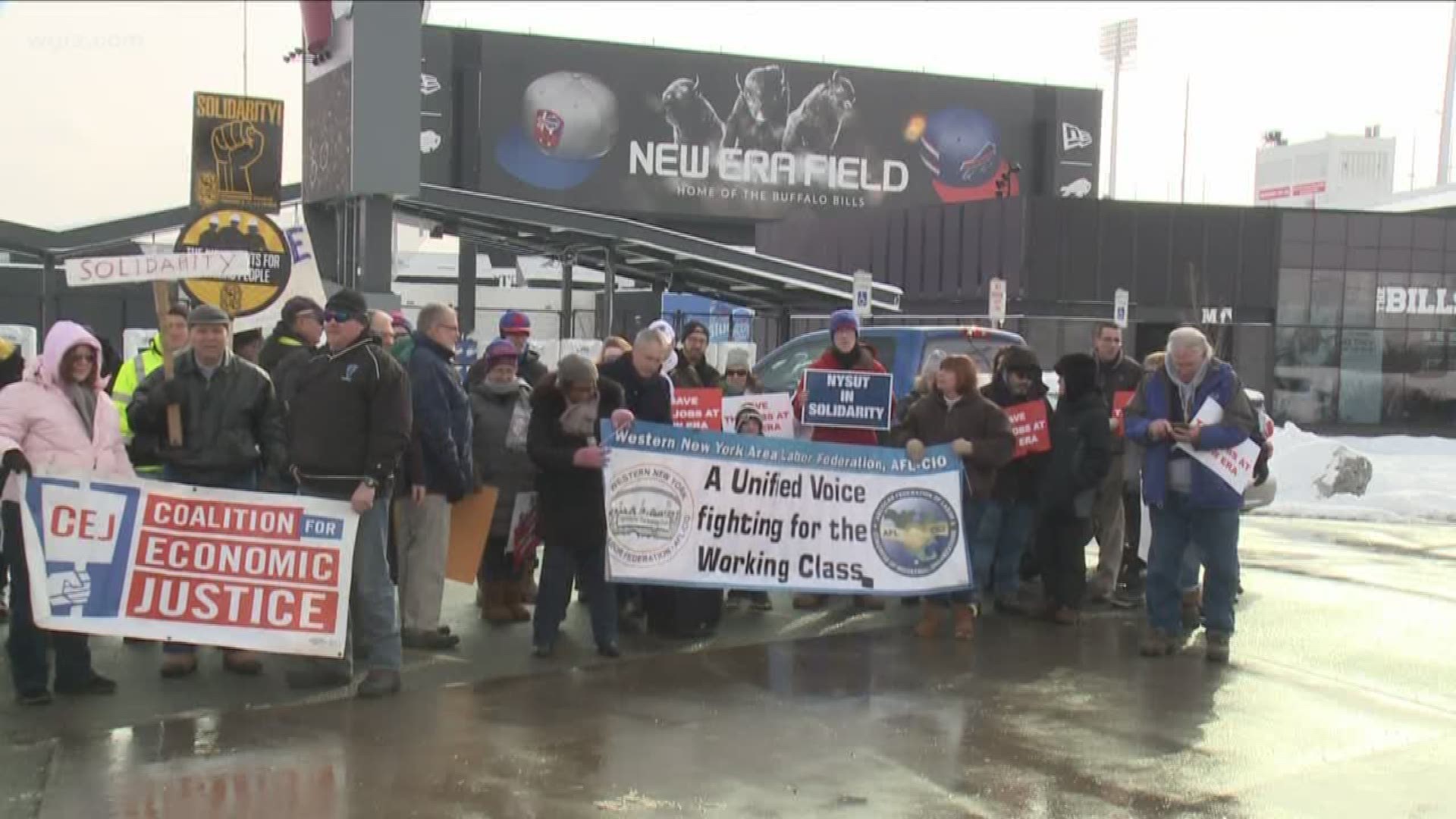 ORCHARD PARK, N.Y. — Local politicians, labor union representatives, and others gathered outside One Bills Drive on Saturday to protest New Era's decision to close its manufacturing plant in Derby.

Hundreds of workers will lose their jobs.

In an average year, New Era was making about 2 million caps at its Derby plant, which has been in operation since the 1960s.

Shortly after the announcement of the impending closure, Koch said the move was to help ensure the long term success of the company.

New Era owns and operates the Derby facility, and the company says it's no longer viable in today's global economy to own a plant to make the caps.