Rallies for, against guns held outside Buffalo City Hall

Moms Demand Action would like to see three laws passed. Gun rights advocates held their own rally across the street. 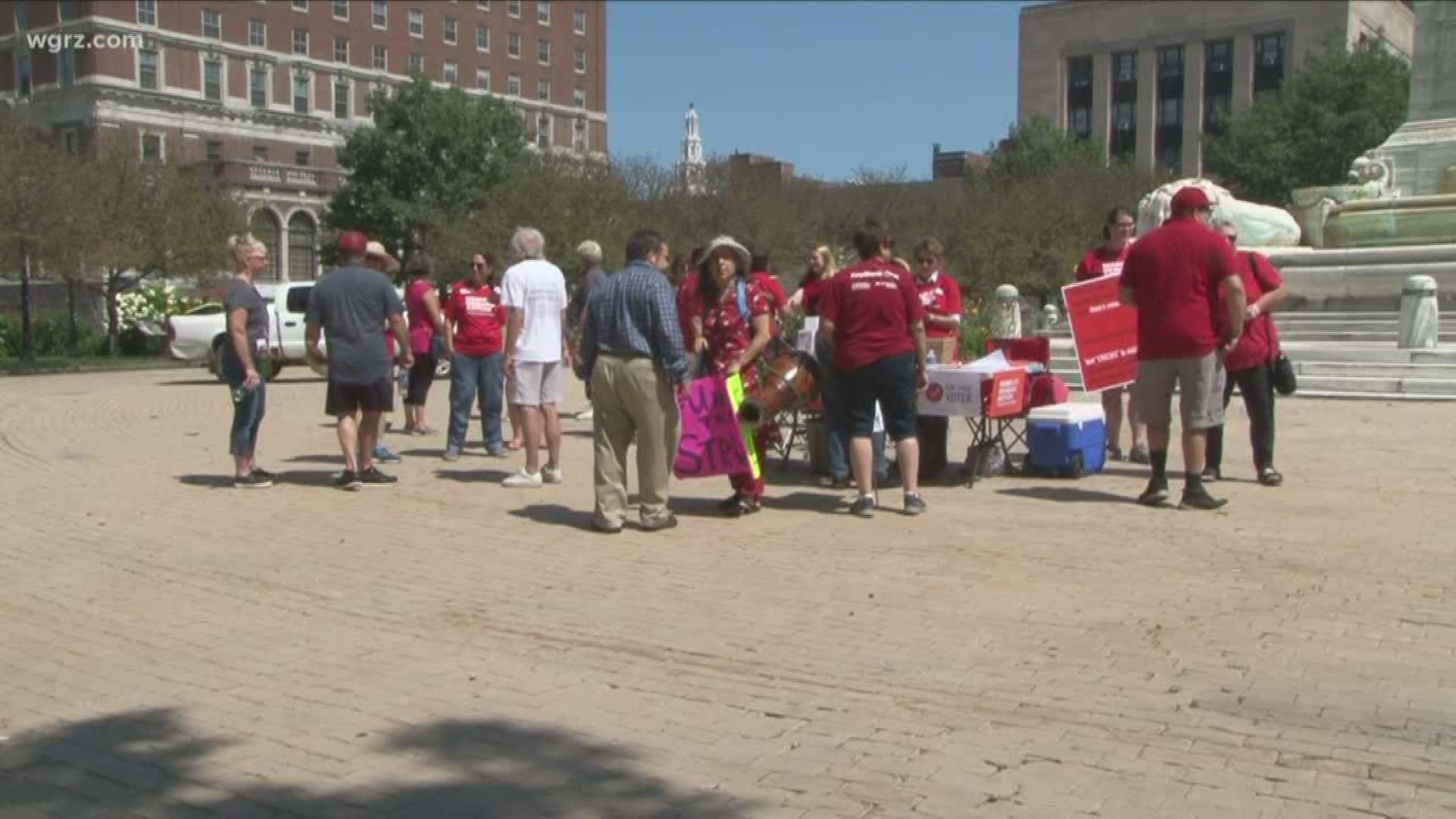 BUFFALO, N.Y. — A pair of rallies in Buffalo on Sunday brought attention to the issue of guns in America.

The all-volunteer group, Moms Demand Action for Gun Sense in America, held its August Recess Rally to ask the federal government to do something about gun violence and vote on three bills this fall.

Gun rights advocates held their own rally across the street in front of City Hall.

Moms Demand Action want three laws passed. Two have to do with background checks. The third is a federal red flag law, which, like our state law, would allow a judge to temporarily restrict someone from buying or possessing a firearm if they're deemed a credible threat to themselves or others.