2 On Your Side wanted to ask him in person about a variety of topics involving Buffalo and taxpayers. 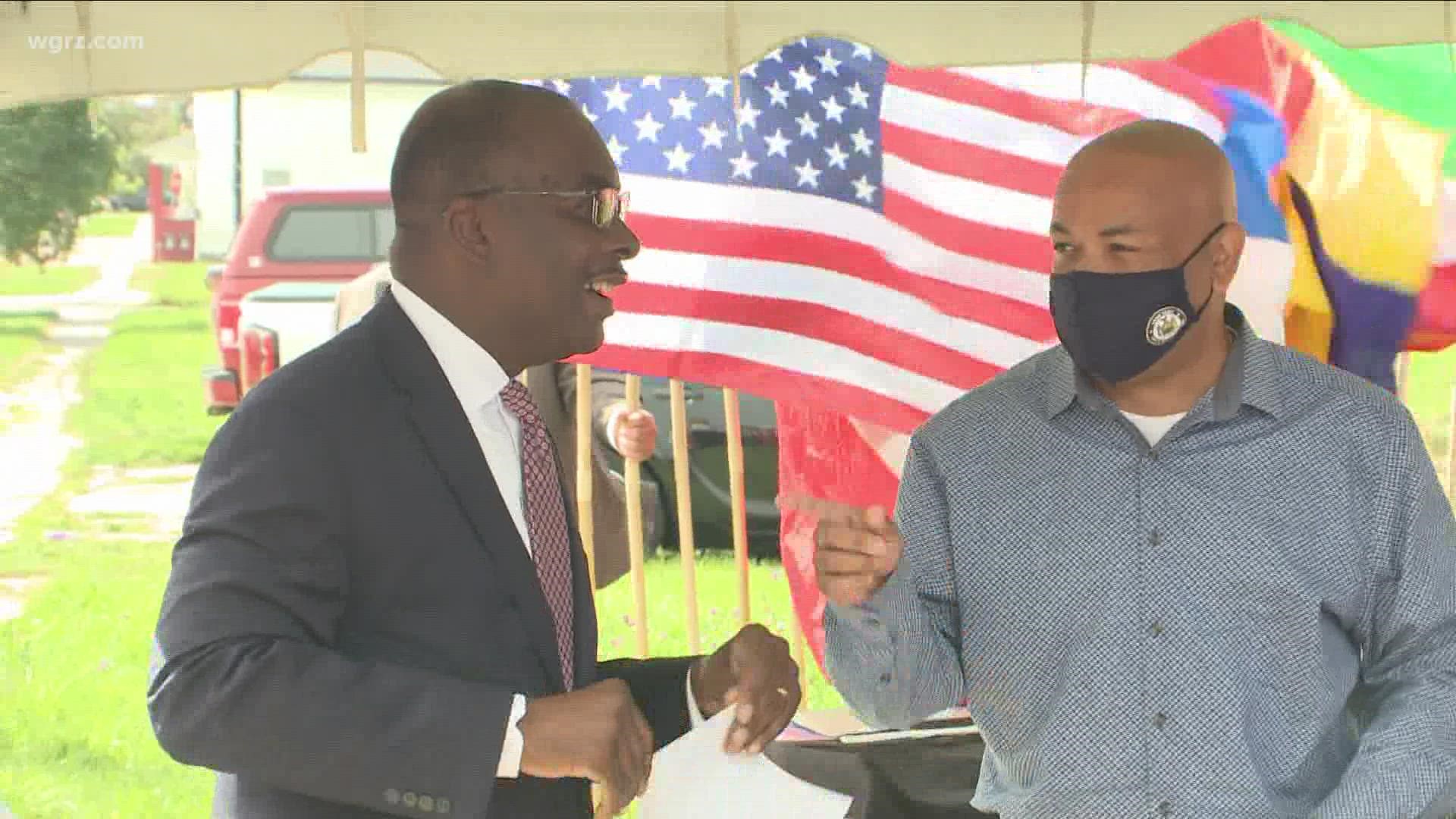 BUFFALO, N.Y. — Western New York had a rare visitor Tuesday in the form of  New York State Assembly Speaker Carl Heastie who is wrapping up a cross-state tour.

So 2 On Your Side wanted to ask him in person about a variety of topics involving Buffalo and taxpayers. We had some tough questions for the speaker about some prime issues including a potential new Bills stadium.

It started out with a question to the state assembly speaker about the Bills stadium and how much taxpayers might be expected to provide through the state.

He told reporters Tuesday morning, "That's a little above my pay grade at this point because I'm not involved in the negotiations."

That's unusual considering his lofty Albany title so we pressed him again Tuesday afternoon. 2 On Your Side asked, "Don't you decide on the budget as well as other leaders on how much taxpayers could put into a project like that?

Don't you think you have a role though for taxpayers?

Heastie said, "I do and I think when a proposal is brought to us I think we will - I'd say, we will pass our judgment and give our opinion at that point."

Of course, the state received $12.7 billion from Washington in the America Cares Act - not to mention prior pandemic relief for Albany. So what about future years without a federal assist?

We asked, "This state is gonna be faced again with serious choices - what would you say to people who are concerned about the amount of spending they're seeing now in state government?"

It should be pointed out that the state has also received federal funding specifically to address landlords and tenants and small business relief.