A security staffer confirmed that there were 4 fights there on Saturday night. 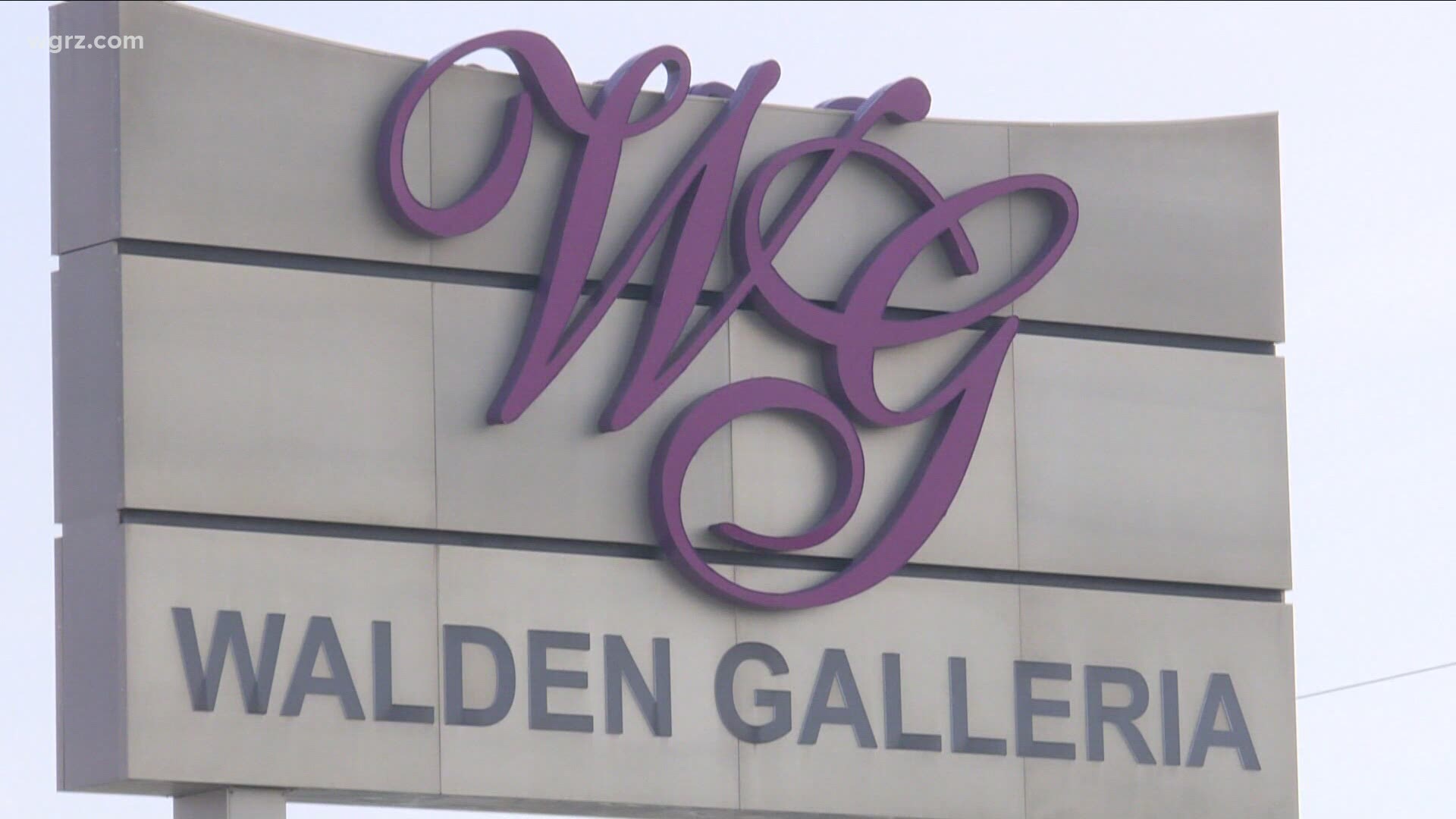 CHEEKTOWAGA, N.Y. — Video tweeted out Saturday night shows a number of police officers, including some from outside Cheektowaga, responding to the Walden Galleria near the area of the mall with large restaurants.

A security staffer did confirm there were four fights, but no other information has been released to 2 On Your Side so far.

Of course any reports involving fights with young people at the Walden Galleria are unfortunately nothing new.

Back in December 2018, right after Christmas, the joyful holiday spirit was marred as cell-phone video captured violent scenes in the mall.

And similar incidents happened during holiday periods in prior years.

There were arrests, and the Cheektowaga Police chief in 2018 told us there were discussions with mall management on ways to stem future violence.

That included more police patrols with a greater presence of officers in the mall and the establishment of a Friday and Saturday curfew. It started at 4 p.m. for those under the age of 18 unless they were with a parent or responsible guardian over the age of 21.

Pyramid Management Group, the owners of the Walden Galleria, released the following statement regarding the incident in the mall on Saturday:

The safety of our guests and tenants will always be a top priority at Walden Galleria. The type of isolated incident that recently took place was absolutely unacceptable. Such misbehavior will not be tolerated. It’s incredibly unfortunate when individuals or small groups disrupt the experience for the 99.9% of our visitors who behave wonderfully. While these incidents undermine the tireless efforts by our security team, community partners and local law enforcement agencies that make Walden Galleria a year-round family-friendly destination, they only strengthen our resolve to remain vigilant and committed to providing a safe environment for everyone. Make no mistake, we will be pursuing all avenues to hold accountable individuals who cannot behave appropriately.

Regarding masks and social distancing, in accordance with and under mandate from the Centers for Disease Control (CDC) and New York State, everyone who enters a Pyramid property is required to wear a mask and maintain social distancing. Guests who have a medical condition that prevents them from wearing a mask, those who cannot put on or remove a mask themselves and small children, are exempt from wearing a mask.

Our security team is actively reminding a small number of guests to wear a mask and handing out masks to anyone that does not have one. We ask that all guests comply with the mandate and maintain social distancing, as it truly is best for everyone. We have additional signage as guests enter our centers to remind everyone to wear a mask and maintain social distancing.

For any individuals that refuse to wear a mask and are not exempt, they will be informed that they are in violation of the State mandate and be directed to leave the property immediately.

That curfew policy is not listed on the Walden Galleria security page of their website, so we don't know if it is still in effect.

That is because, again, we have no response from the Pyramid Management firm, which was constantly contacting us during the summer months with comments protesting the COVID shutdown order for malls from Gov. Andrew Cuomo.

Of course, there have been violent incidents at other malls around the state, including a November 2019 shooting at the Destiny USA Mall in Syracuse, which is also owned and operated by Pyramid.

There was talk then of adding a permanent police presence at the Destiny USA Mall.

As it turns out, two malls in the Rochester area did just that. The Eastview Mall in the community of Victor actually has an Ontario County sheriff's deputy assigned with a separate office.

And in Monroe County, the town of Greece Police Department assigned an officer full time to supplement security at the Greece Ridge Mall.

We hope to hear more from Cheektowaga Police and Pyramid mall management on Monday. 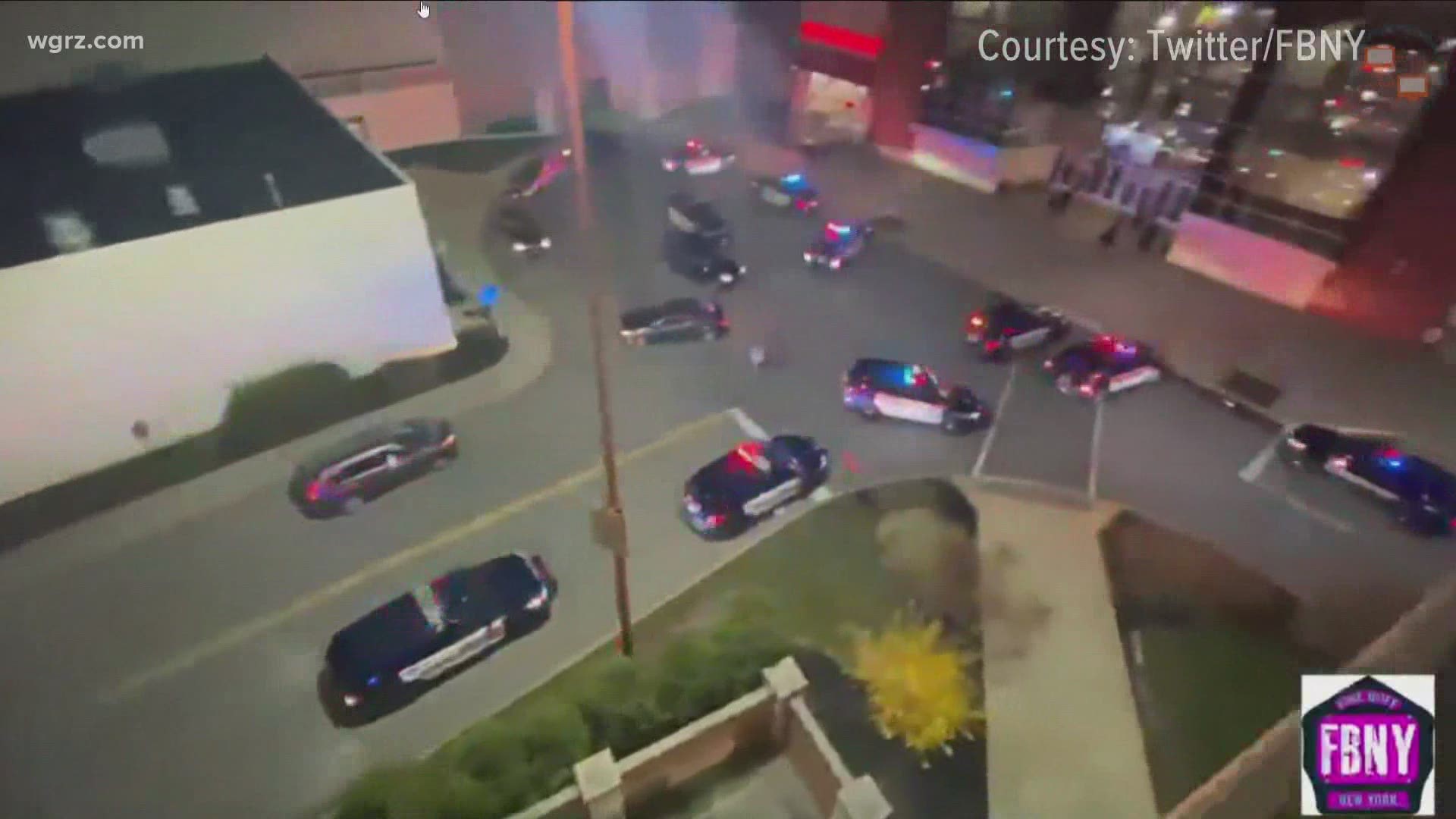