A potential linkage to the southern border with Mexico was raised again for the Biden Administration. 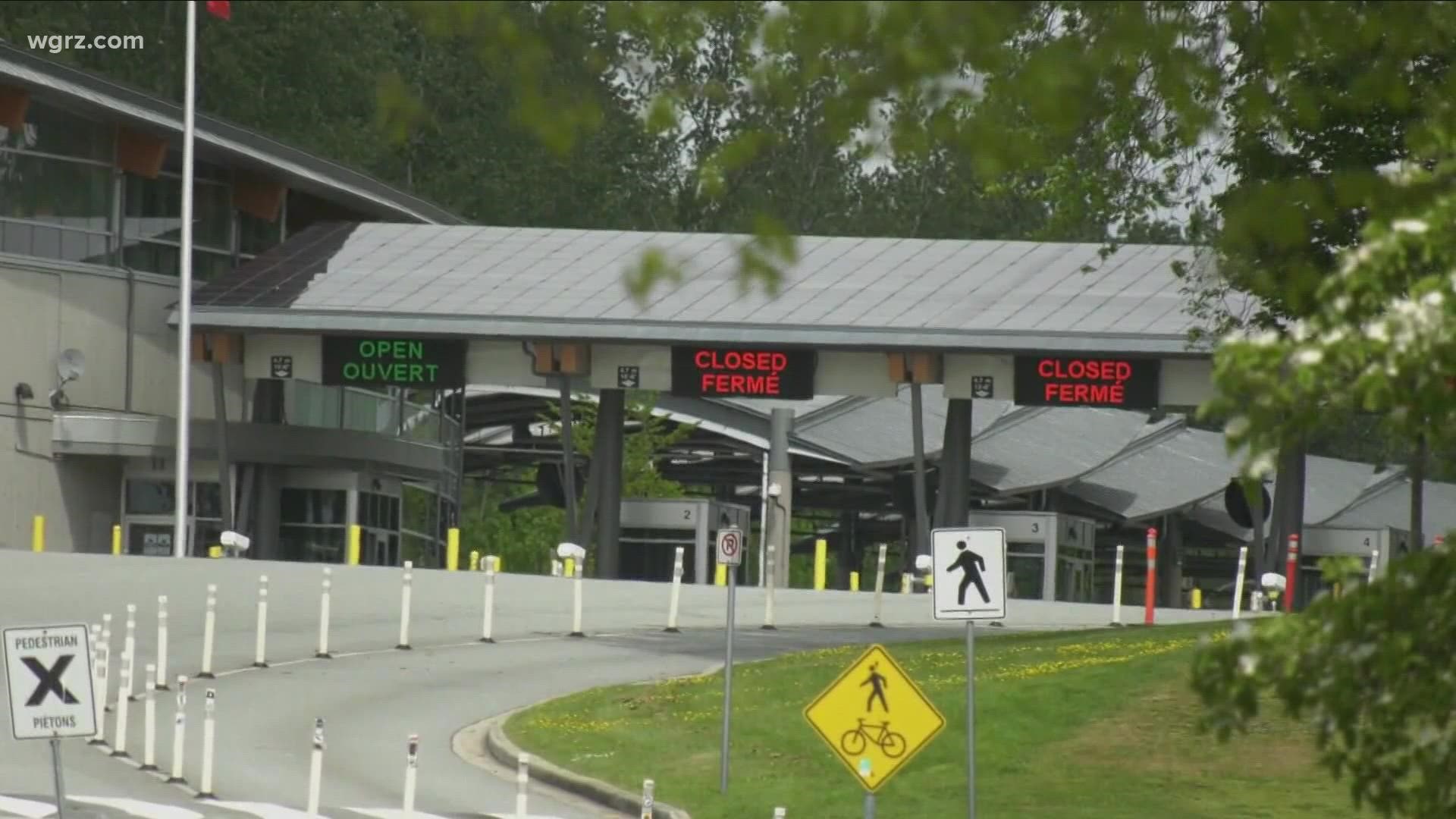 BUFFALO, N.Y. — On October 21 there may be another decision from Washington officials as to whether the border will be closed again for Canadian visitors.

But in the meantime, we're getting some political perspective from an expert in U.S.-Canada relations as to what might be involved in the decision-making in our nation's capital.

U.S. Rep. Brian Higgins once again stressed the dismal economic impact to Niagara Falls and to Western New York in general with Canadian visitors blocked and the loss of revenue for local businesses and sales tax.

Sales tax is projected to be down 10% this year in the Falls as a result of the shutdown.

Congressman Higgins has been pressing the Biden Administration for border reopening for vaccinated Canadians, just as they do for the U.S. vaccinated and tested visitors.

Higgins said, "Canada at 72, that is a stark difference and to justify continued closure of the northern border to our Canadian neighbors, based on other issues at the southern border, is unacceptable."

That point also raised by professor Edward Alden of the Western Washington University in Washington State. The scholar on U.S.-Canada relations says "the administration is under tremendous pressure, especially from those in the Democratic Party, to lift the restrictions on Mexico at the same time the restrictions are lifted on Canada, and that's awkward for the administration because of the situation on the southern border."

Alden said: "Politically it does not look good if we're allowing visitors from Europe to come into the U.S. while we still have the border closed with our closest partner on the northern border."

Alden adds he does not really foresee any opening to Canadians in the near future. He points out that U.S. officials are still trying to work out how to handle those new overseas airport arrivals to the United States.

"I know that European leaders really pressed the Biden Administration to allow people in because, again, they were concerned that the U.S. was blocking them when they were allowing U.S. citizens to fly into Europe," Alden said. "But that was not reciprocated. I'd like to say that I'm optimistic that the U.S. is working on something (for Canadians), but at this point I'm just not seeing any infrastructure that's in place."

So, again, come October 21, we will see what the officials down in Washington decide when it comes to the border for Canadian residents coming into the United States.