Answering questions about the Blue Jays' stay in Buffalo

2 On Your Side got a few answers for fans eager to attend a game at Sahlen Field. 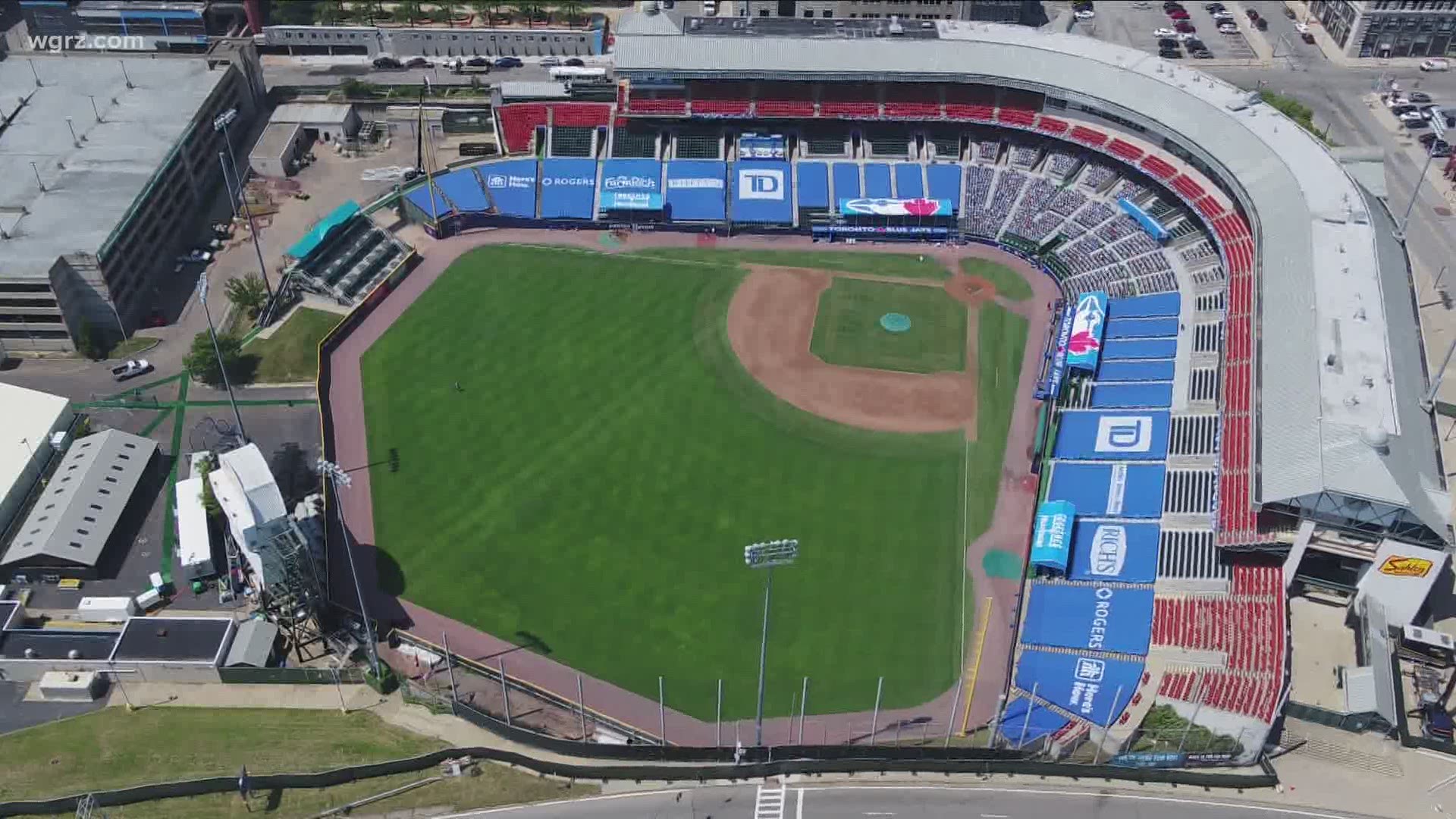 BUFFALO, N.Y. — It was a big day for baseball fans in Western New York as the Toronto Blue Jays officially announced they will be playing games in Buffalo this season.

This will be the second time in 105 years that Major League Baseball returns to the Queen City, the first being last year.

Fans will be allowed this time around but capacity at Sahlen Field will be capped at 24% in accordance with state and local guidelines.

Tickets for the first eight home games will go on sale to the general public on May 13 at 10 a.m. The Blue Jays are set to come back to Buffalo on June 1.

Brian on Twitter asked about pricing and whether vendors will be allowed.

Unfortunately, ticket pricing won't be available until next week, when season ticket holders will get a few days head start to purchase. Tickets will all be digital to reduce contact.

The average rate at the Rogers Centre last year, according to SeatGeek.com, was supposed to be $104, but there is no telling what Sahlen Field will mean.

Nor do we know if tickets will be dynamically priced which means they would differ in cost based on the night of the week and the opponent. The Jays have a much-anticipated homestand against the New York Yankees in mid-June.

Nicole also on Twitter asked about suites. They will be open to larger groups, and a max of 10 people per box according to the Blue Jays' website.

Gov. Andrew Cuomo's latest announcement about large venue changes will mean the Blue Jays' plans are fluid until at least May 19, when the new rules take effect.

Another question, that came into 2 On Your Side was about vendors and whether they will be allowed? They will be, in fact, the Bison's held a job fair this past weekend for cooks and concession managers.

According to the Jays' website "individually pre-packaged" items will be available for purchase with cash or card. However, Conehead and other food hawkers won't be allowed to sell at your seat.

If you are vaccinated, a negative COVID-19 test can be presented at the entrance per the Governor's guidelines and will allow for normal stadium seating.

This brings us to Erik's question on Twitter about acceptable forms of identification for kids.

A Blue Jays spokesperson explained that the team plans to be flexible and will accept a birth certificate, school ID, even a passport. The ID, like a driver's license, will just need to match the name on your vaccination card or proof of a negative test.

Those who are unvaccinated and without a COVID-19 test will be seated in separate sections with will have a 33 percent capacity limit and will require six-foot distancing with masks.

Sahlen Field is currently the home of Toronto's Triple-A affiliate, the Buffalo Bisons. The Bisons are making a temporary move and have started their season in Trenton, N.J.