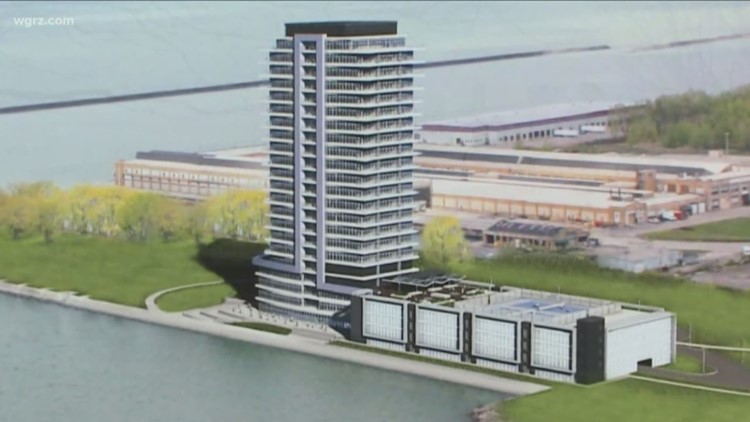 BUFFALO, N.Y. — A controversial Buffalo waterfront development project will not move forward at this time.

Buchheit says the  $180 million dollar development along Buffalo's Fuhrmann Boulevard will no longer proceed through the city's review process.

“There comes a point where the economic realities of a bold venture like Queen City Landing and the political realities of what is needed to make the project viable need to align with one another,” Buchheit said. “Unfortunately, we are unable to bring those various components together. After several discussions with city leaders and extensive internal review, we are simply unable to bridge a significant gap in order to deliver our plans for Queen City Landing as envisioned".

"With everyone’s focus appropriately on the ongoing COVID-19 response efforts, it is unreasonable to think any significant progress could be made in the near term,” he added. “That fact, coupled with other business opportunities currently under consideration, make it difficult for me to keep pursuing Queen City Landing.  I think the time has come for me to move on.”

Originally, plans called for a 23-story residential tower on the site of the former Freezer Queen plant. Over the past several months, changes to the original blueprint were made, in part to satisfy critics upset with the scale of the project.

“I have spent the past several years working to transform our 20 acres – one of the precious few sites where Outer Harbor development is possible – into a dynamic destination for residents and visitors alike. It was a risk, but I was committed to advancing our vision because of what it could mean for Buffalo and our region. We did have discussions with the City about ways to assist the overall development effort to help ensure our ability to construct the all-important first phase. In the end, there was a gap that we simply could not bridge.”

Buccheit says the site will remain private and he has no plans for what will be done with it at this time.