The festival kicked off Saturday on Broadway outside of the Colored Musicians Club. 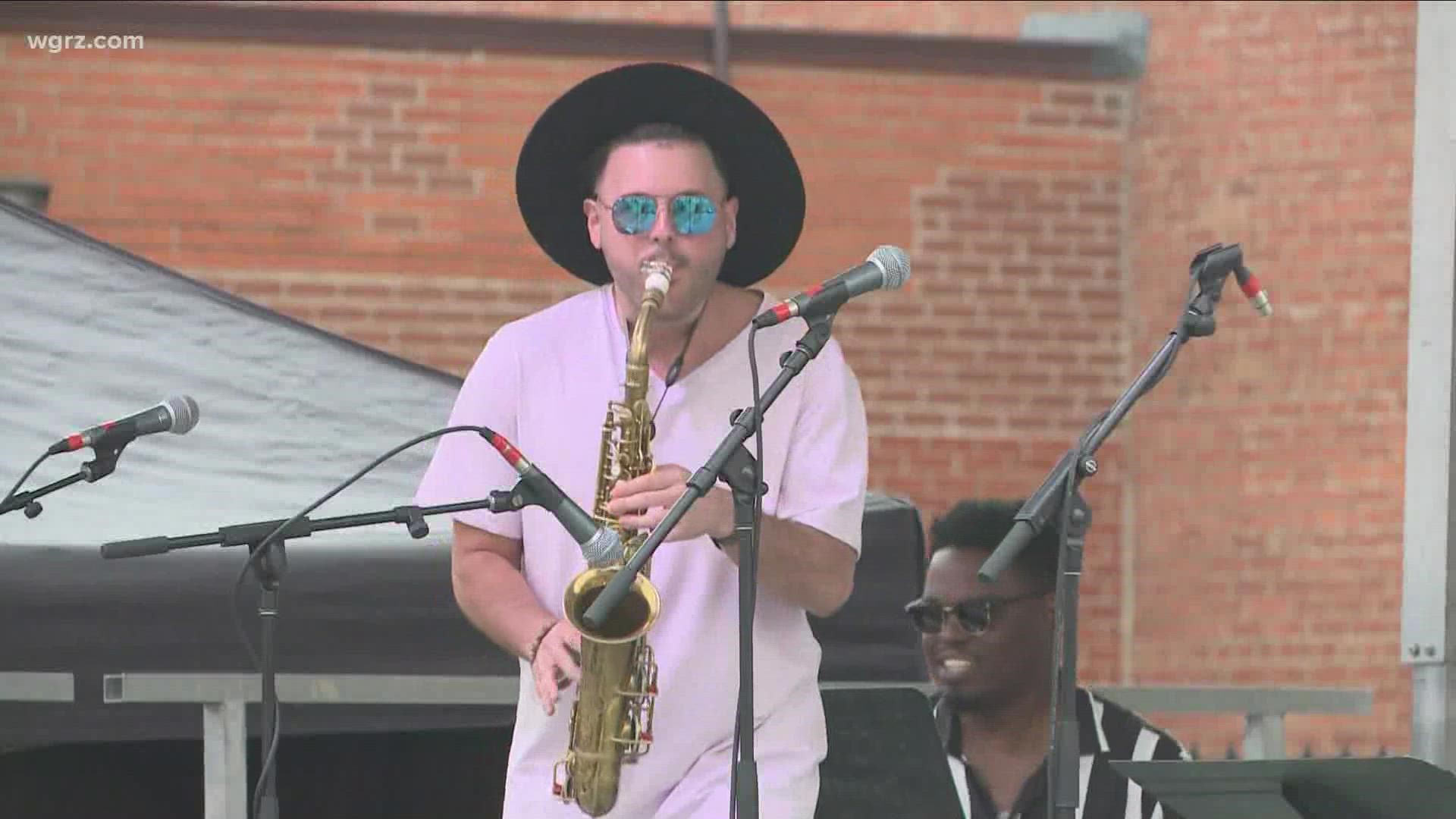 BUFFALO, N.Y. — The Queen City Jazz Festival returned this weekend to the City of Buffalo for its 17th year.

The festival kicked off Saturday on Broadway outside of the Colored Musicians Club, showcasing seven different performances. The soulful sounds started at 1 p.m. and continued until 8 p.m.

According to the Colored Musicians Club, it was their first live presentation in nearly a year and a half.

The festival was free to attend, but donations were being accepted to help support the nonprofit.

Hundreds of people attended the festival. Dwight Smith of Buffalo said there is one reason why he attended, "the phenomenal chance to see good live music after 15 months, it's absolutely wonderful to uplift the spirit."