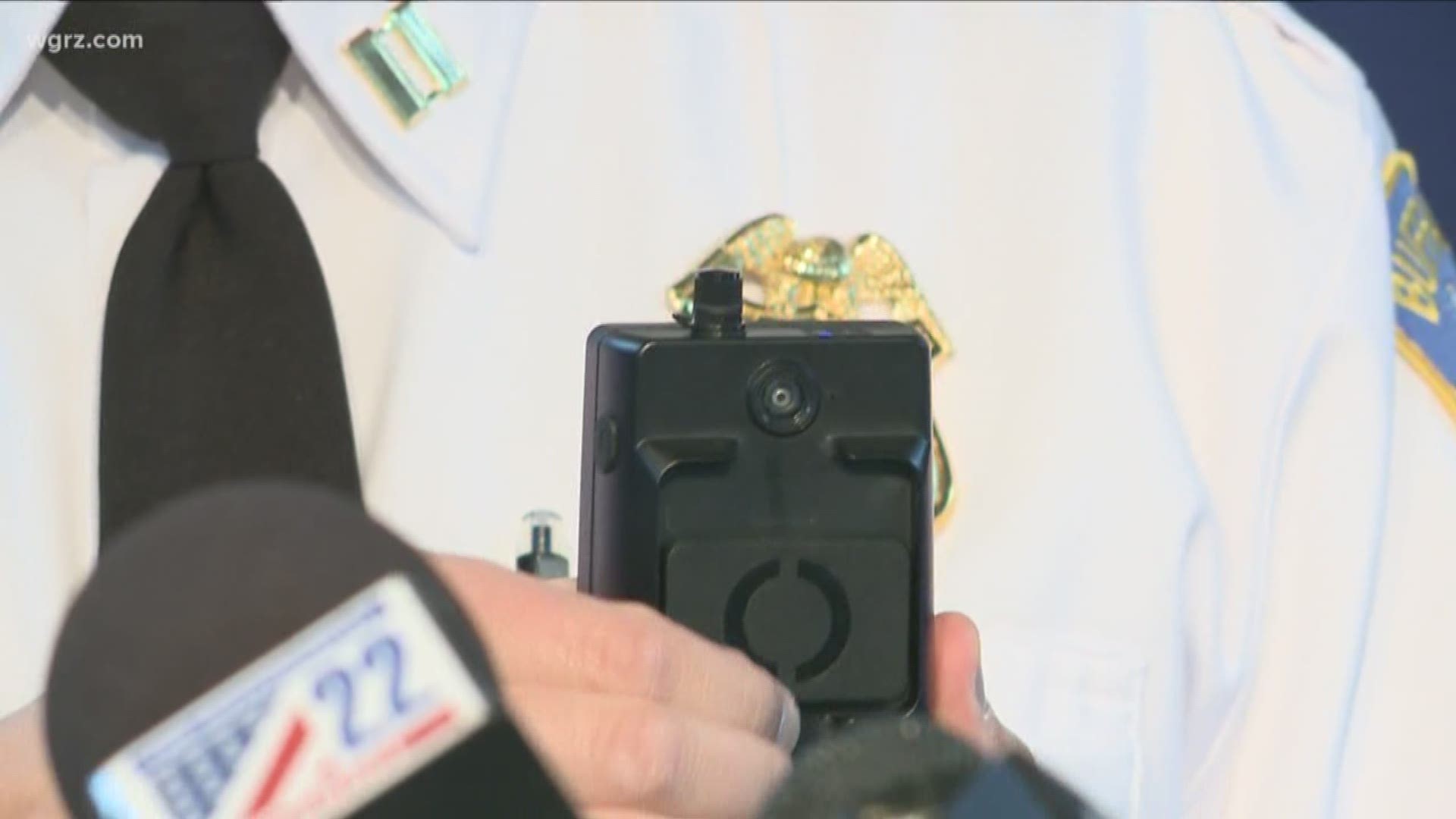 BUFFALO, N.Y. -- What should the policies be when Buffalo Police officers start wearing body cameras next year? That was the focus of a community forum Wednesday night.

"If an officer repeatedly doesn't turn his camera on, what is the penalty for that?" one man wanted to know.

There were a lot of questions for the Buffalo common council’s Police Advisory Board ahead of next month's roll-out of body cameras in Buffalo's B-District, which includes downtown and the West Side. Over the next year, all of Buffalo's 450 patrol officers will get his or her own camera.

"It'll keep them honest. It'll keep us honest knowing we will feel inclined to, if the police stop us, yeah, ok, you feel better because they got a body camera on. And you're more inclined to talk to them and, like I said, it'll just keep everything balanced," Sanford Bell said.

A BPD representative was not at the meeting, but 2 On Your Side spoke with Captain Jeff Rinaldo earlier. He said the department based its policy draft on what other departments are doing across the country.

Rinaldo said if someone is talking to an officer and asks them to start recording, they have to start recording. The policy draft says once officers activate their cameras, video from 30 seconds before that will also be saved.

"They need to be on 24/7. Simple as that," said Angellette Jackson. "Things tend to happen, okay? And it's not always that they're doing it or that we're doing it. They just seem to happen. And if we're both covered by this camera, then we can see better about how things went."

Board members will bring these concerns back to police before the final policy is set. Buffalo Police told us the only things that could delay the roll-out are if the equipment is delayed or if there are issues getting training time for officers.