'Be there, will be wild' | Pro-Trump protest expected on day Congress set to certify 2020 election results

President Trump warned via Twitter that there will be a "very big" and "wild" protest on Jan. 6 due to allegations of election fraud. 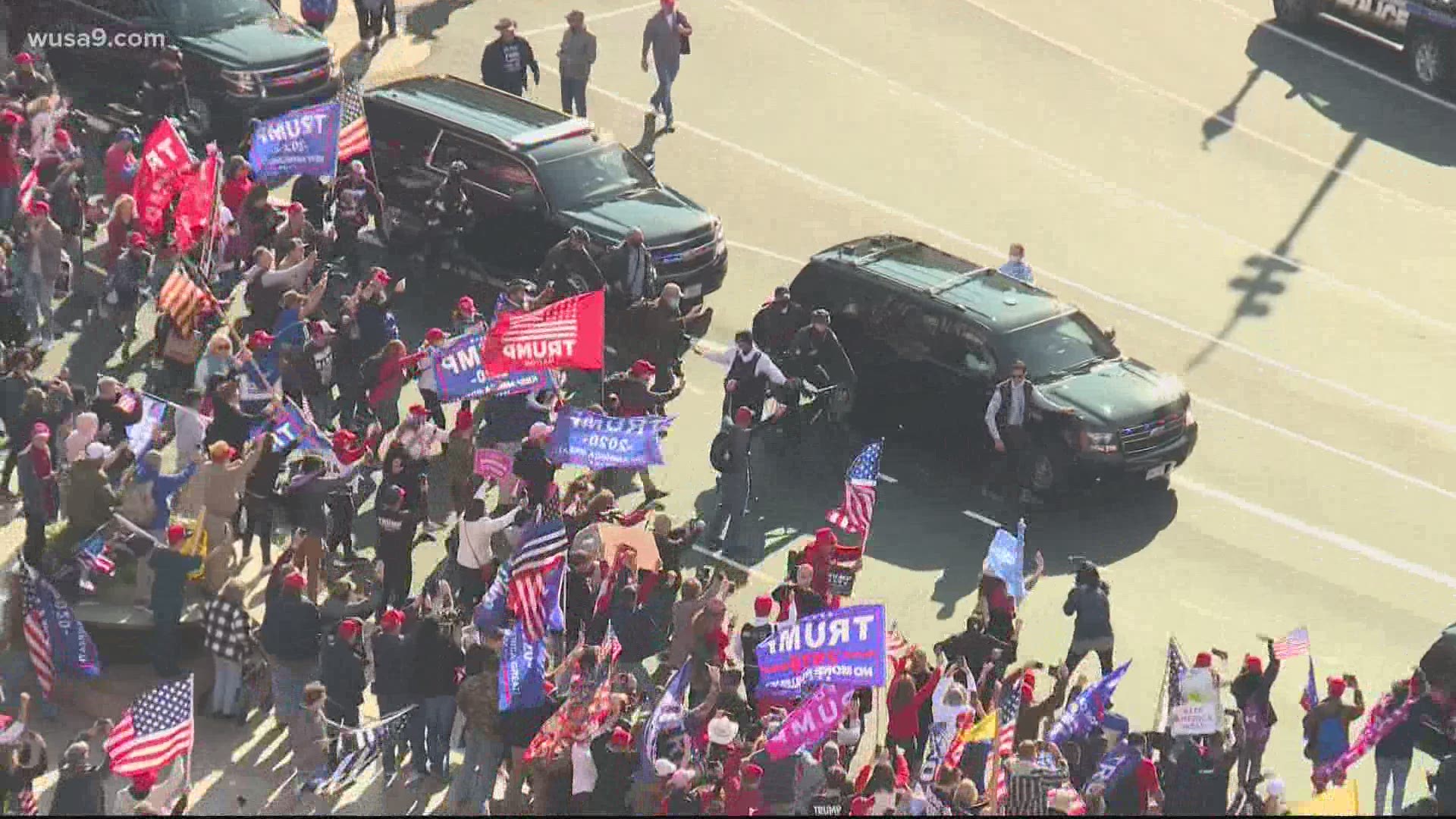 WASHINGTON — Trump supporters are planning a rally on Jan. 6, the same day Congress is set to officially approve the 2020 election results, according to a flyer on the Trump March website.

The organization's website said they plan to "demand transparency and protect the election integrity" after President Trump warned via Twitter that there would be a "very big" and "wild" protest on Jan. 6 after he refuses to concede due to unfound allegations of election fraud.

"The president is calling on us to come back to Washington on January 6th for a big protest--' Be there, will be wild,'" the group stated on a flyer posted on their website.

President Trump tweeted that the Director of the Office of Trade and Manufacturing Policy Peter Navarro released a 36-page report detailing evidence of alleged election fraud. President Trump claims that the report show statistics that prove it was impossible for him to have lost the 2020 election.

Peter Navarro releases 36-page report alleging election fraud 'more than sufficient' to swing victory to Trump https://t.co/D8KrMHnFdK. A great report by Peter. Statistically impossible to have lost the 2020 Election. Big protest in D.C. on January 6th. Be there, will be wild!

The conservative woman group, Women for America First, originally requested a protest permit for Jan. 22-23 but amended the dates for the rally on Jan. 6, according to an official at the U.S. Park Service.

Women for America First is expecting about 5,000 people to attend the rally starting at noon at Freedom Plaza. The group was also behind the "March for Trump" rally this month and the "Stop the Steal" rally in November that led to a night of violence in the nation's capital.

The U.S. Park Service has not yet approved the organization's request to hold the protest.

The Trump March website said they will be releasing additional information on the upcoming march soon.

In accordance with the 12th Amendment, Congress is expected to hold a joint session on Jan 6 to count the electoral college votes and declare President-elect Joe Biden as the presidential winner.

The 'Million MAGA March' that happened in the District last month to protest President Donald Trump's loss in the 2020 election led to clashes with police, and confrontations between pro-Trump supporters and counter-protesters in the area of Freedom Plaza and Black Lives Matter Plaza.

There were 33 "un-related" arrests, four people were stabbed at the intersection of 11th Street and F Street in downtown D.C. near Black Lives Matter Plaza and eight officers were injured in connection to the demonstrations, D.C. Police said.