Martin Gugino spoke to 2 On Your Side's Claudine Ewing during a press conference Wednesday. 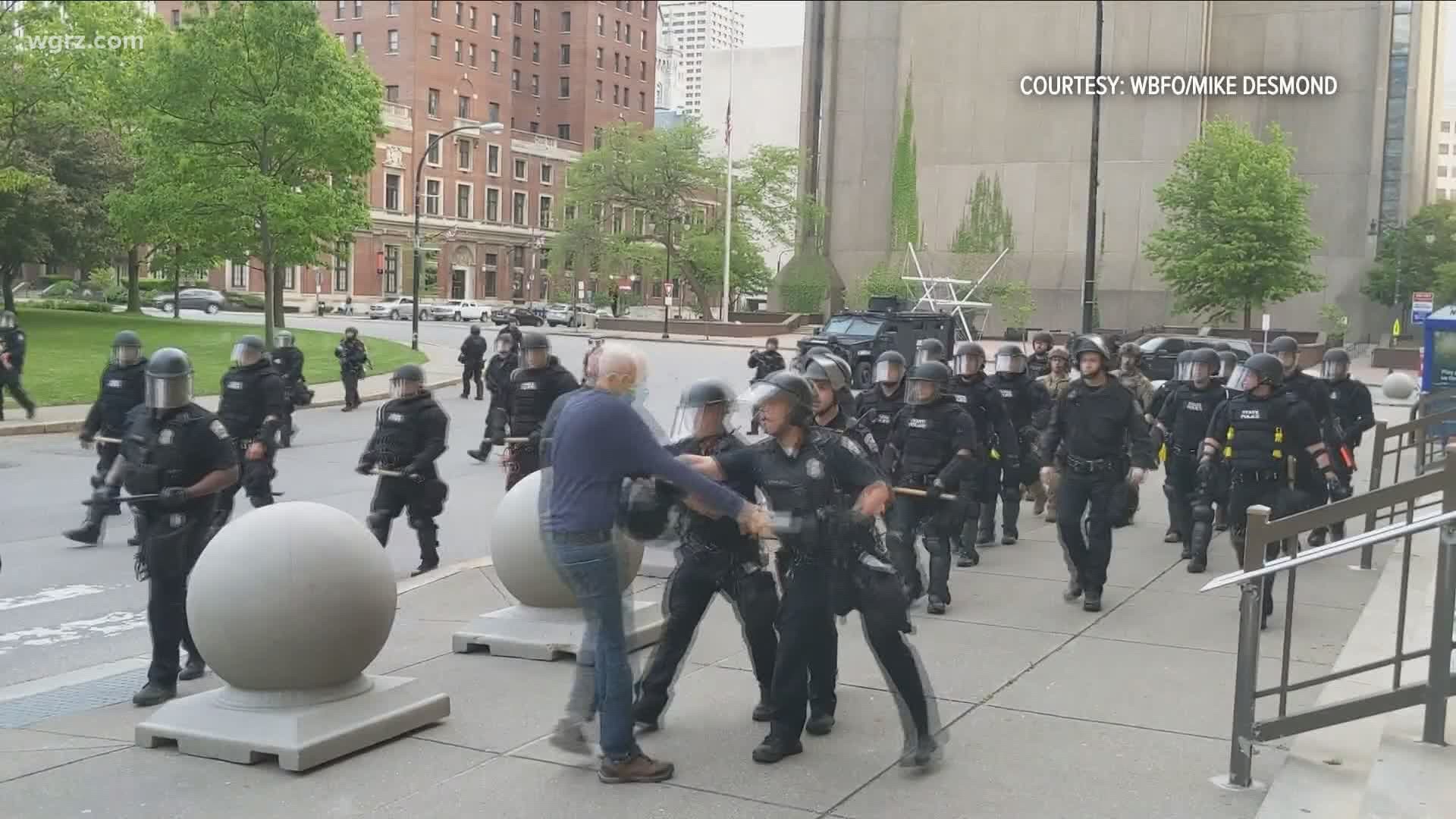 BUFFALO, N.Y. — The Buffalo man shoved by a Buffalo Police officer during a protest in downtown Buffalo earlier this summer says he is doing fine.

Martin Gugino spoke to 2 On Your Side's Claudine Ewing Wednesday.

Gugino suffered a fractured skull when he fell to the ground after he was pushed.  While he says he is doing fine, he says will probably have some residual effects from the incident. He says "I'm up, I got a cane, no problem. I'm good."

He recalled what happened just before the confrontation. He said he had just arrived, hoping they would say a rosary, but that didn't happen.  "You can't suppress dissent. You cannot suppress dissent. So you can't use a curfew to suppress dissent," he said in regards to the City of Buffalo's curfew that night during protests.

The two Buffalo Police officers involved in the incident were placed on administrative leave from the Buffalo Police Department.   They are currently facing assault charges.

You can watch his full interview here: 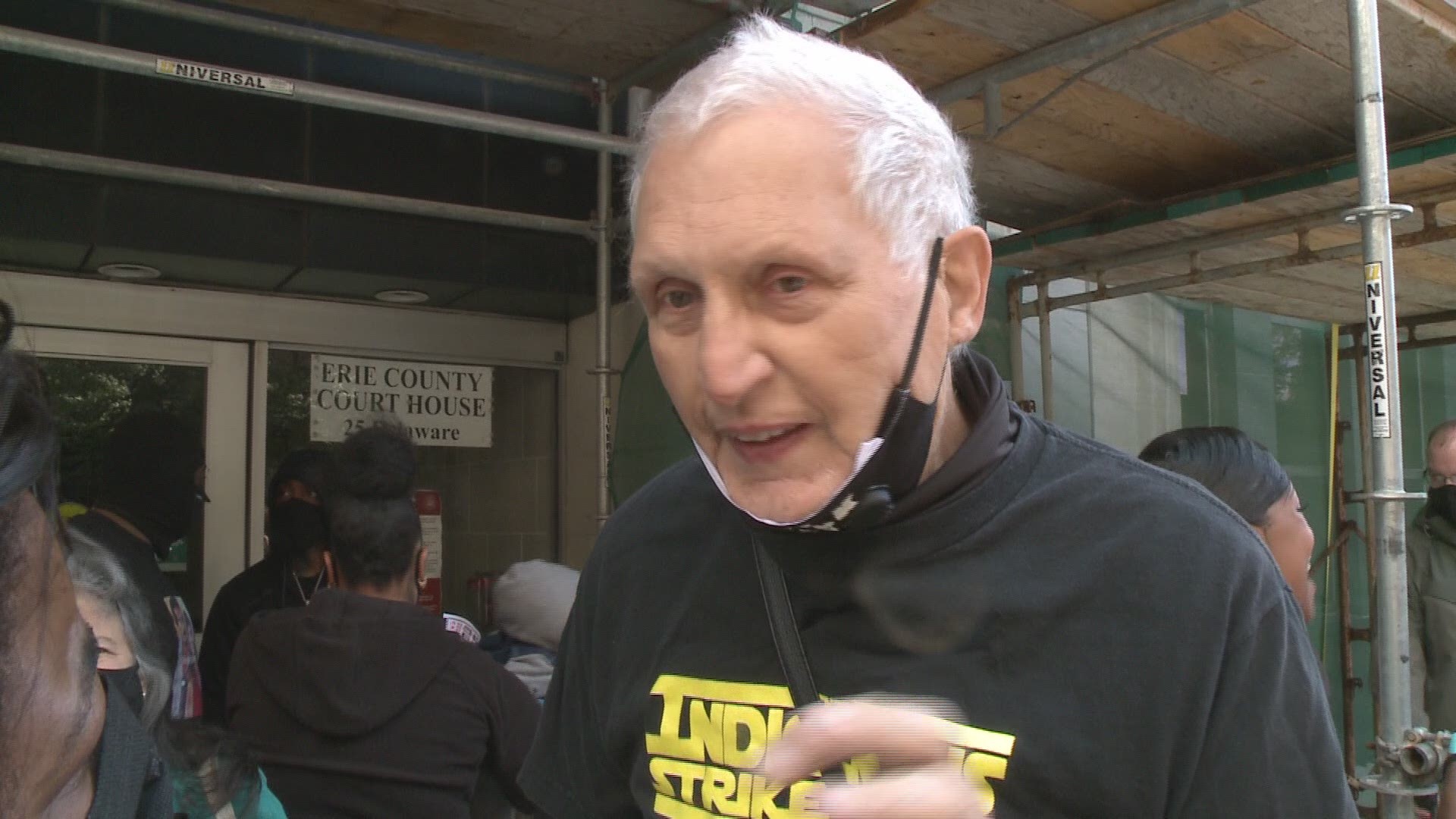