The 75-year-old man who was injured when shoved by Buffalo Police officers during a protest in Niagara Square last week is still in the hospital recovering. 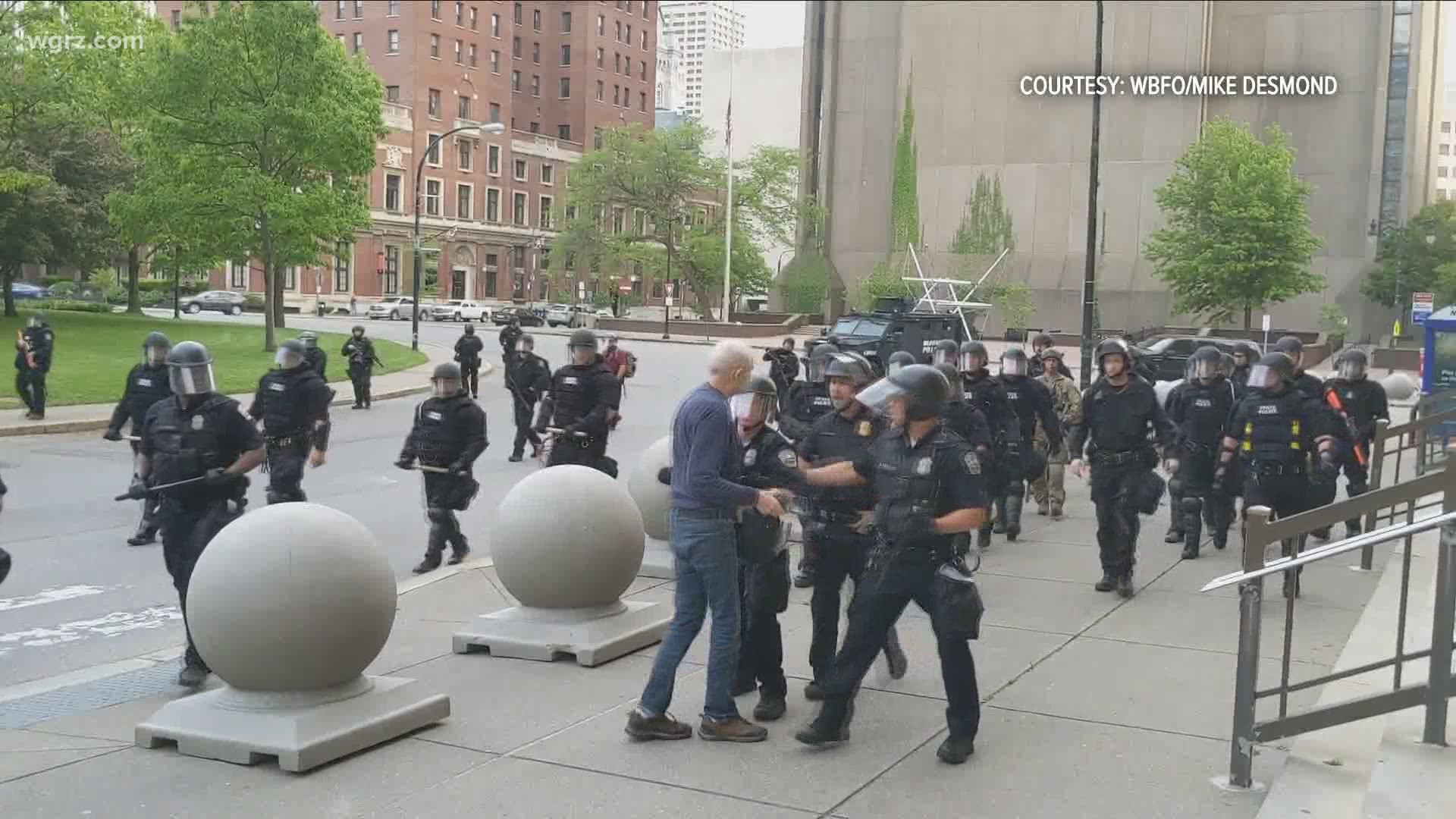 BUFFALO, N.Y. — The 75-year-old man who was injured when shoved by Buffalo Police officers during a protest in Niagara Square last week is still in the hospital recovering.

Martin Gugino is still hospitalized and his condition remains largely unchanged. He is in serious but stable condition. Martin has acknowledged and sincerely appreciates the tremendous outpouring of support he has received nationwide. Martin and his family continue to request privacy as they focus on Martin’s health and recovery.

Gugino was treated by Buffalo Fire personnel after the incident last Thursday and was taken by ambulance to Erie County Medical Center for further treatment.

The two officers involved, were immediately suspended without pay and later charged with assault..  Officers Aaron Torgalski, 39, and Robert McCabe, 32, were both virtually arraigned Saturday morning with assault in the second degree, a class D felony. Erie County District Attorney John Flynn says there is a specific penal law subsection in New York State that says if the victim is 65 years old or older and the perpetrator is 10 years younger, it's a felony.