Niagara County's D.A. will follow Erie County's lead, and not pursue charges against those arrested under part of the Safe Act. However, there is a discrepancy between how she says state police are looking at the law, and how they say there are actually handling it. 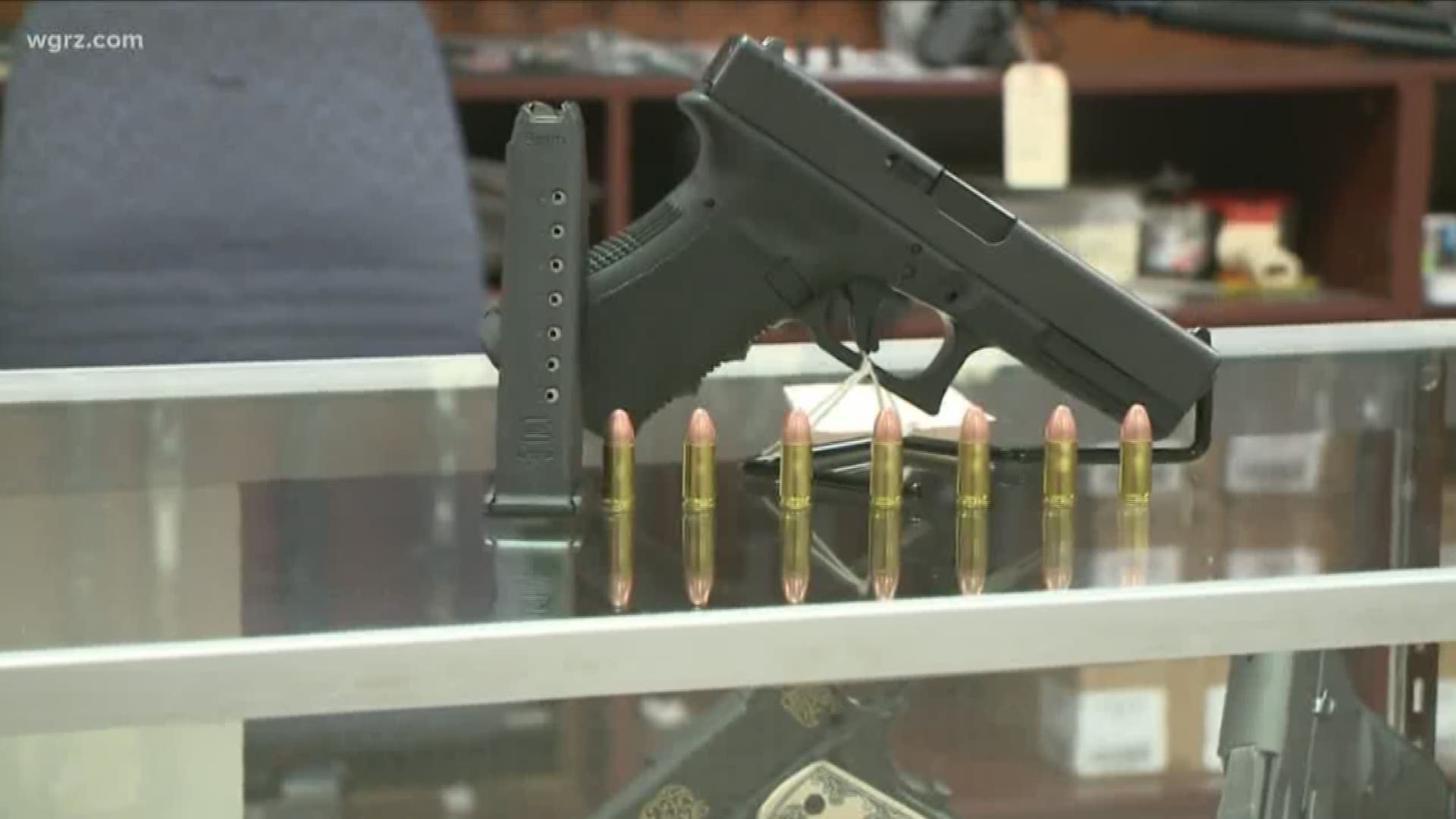 New York State Police say that contrary to the claim made by the Niagara County District Attorney in a news release, they are not arresting people and charging them under a section of the state’s gun control laws which a judge struck down as unconstitutional.

In early 2013 the state passed a jumble of more restrictive gun control measures collectively known as the NYSAFE Act.

However, less than a year later, a federal court judge in Buffalo ruled a portion of it to be unconstitutional.

Specifically, a regulation that there could be no more seven bullets loaded into the magazine of firearm.

Judge William Skretny, in his ruling, said, “The seven-round limit is largely an arbitrary restriction that impermissibly infringes on the rights guaranteed by the Second Amendment. This Court therefore strikes down that portion of the Act,"

But in a news release issued on Thursday announcing she would no longer prosecute anyone charged under this, "unconstitutional provision of the safe act," Niagara County District Attorney Caroline Wojtaszek claimed state police have since ‘resumed charging the section.'

In doing so, she joined Erie County District Attorney John Flynn who made a similar announcement in November.

Contacted by phone in Albany, New York State Police Public Information Officer Beau Duffy told WGRZ-TV that state police had not resumed charging people under the section of NYSAFE in question, and that it had not done so since Judge Skretny’s ruling was upheld by a federal appeals court in 2015.

On Friday, when informed the New York State Police were contesting what she had stated in her news release, Wojtaszek insisted that - more important than any discrepancy - was her intent to inform all law enforcement agencies that if they charge someone under that particular section of NYSAFE, then she will not prosecute that charge.

“We want to make that clear to all of our law enforcement partners and to make sure they are all on the same page,” said Wojtaszek, regarding the statute and what they can expect from her office.

She also confirmed that she has had no such cases come to her office in the two years she has served as District Attorney.

Why Not Just Change The Law?

Despite the court’s ruling, the law regarding the seven round limit remains on the books under section 265.37 of the NY Penal Code.

State lawmakers have never removed it which means, technically, someone could still be arrested under that section of the law.

And while one might presume an easy fix to all of this would be action by the NY State Legislature to simply repeal that small portion of NYSAFE, such a move has proven to be easier said than done.

Gallivan has co-sponsored bills in each of the last two years to repeal the section of NYSAFE ruled to be unconstitutional, but those bills have never made it out of committee.

“Anytime you are dealing with guns or gun control there are people that shy away from it,” said Gallivan. “It should be fixed, no question. And just because people don’t like dealing with the issue, it doesn’t mean we should be abdicating our responsibility to fix these problem laws…so we’ll keep trying."