If passed, alcohol-to-go would be legal for delivery or carry out and would mostly apply to mixed drinks or cocktails. 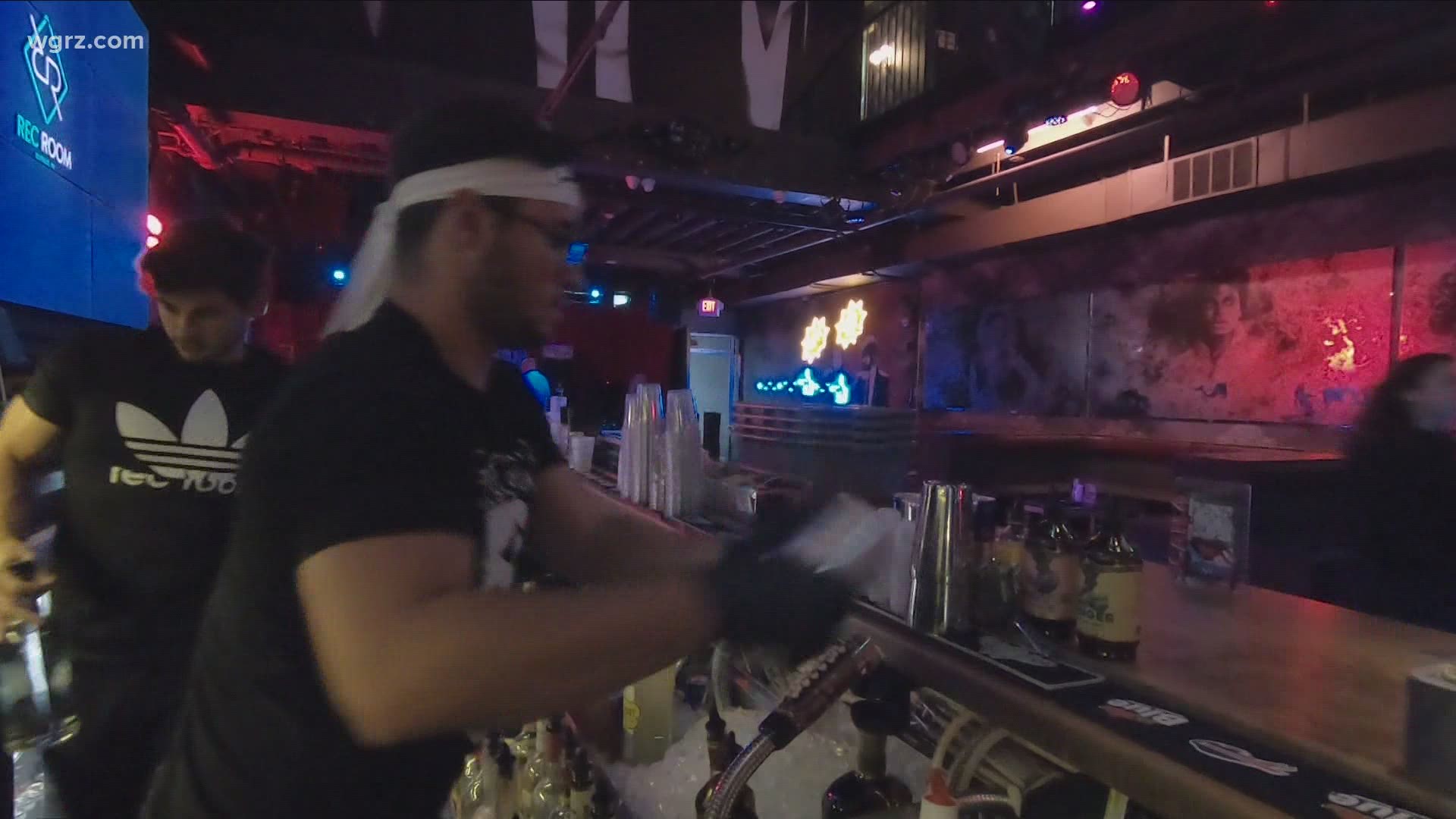 BUFFALO, N.Y. — State lawmakers left Albany at the end of this year's legislative session without passing a measure that would permanently allow "alcohol to go."

With the restaurant industry still recovering from months of lost business, there's a new push to bring lawmakers back and pass legislation that would bring it back permanently.

"The one lifeline that we threw to our hospitality industry was alcohol to go," State Senator George Borrello (R) said.

Borrello is one of six co-sponsors for the bill in the State Senate, which is currently being looked at by the Investigations and Government Operations Committee.

Unfortunately for bars and restaurants, the lifeline presented by booze-to-go was abruptly cut short when New York's state of emergency ended this week.

Alcohol-to-go had previously been extended until July 5 by Governor Cuomo.

"One of, I guess, the positive side effects about this pandemic is that we did figure out things that we had previously not tried that did work out well," Borrello said.

The bill would make alcohol-to-go legal for delivery or carry out and would mostly apply to mixed drinks or cocktails — for example, ordering two margaritas to-go from your favorite Mexican restaurant.

Bars and restaurants would not be permitted to sell unopened bottles of beer, liquor, or wine. That would be reserved for liquor stores, grocery stores, gas stations, etc.

Borrello hopes to have the bill passed before the end of summer, which would require a special session — a fairly uncommon occurrence.

"There are several issues that went unaddressed when we left session so I have a feeling there will be other things, that people on both sides of the aisle will want to address," Borrello said.

The hope is that a special session could stir up change after a shaky year at best.