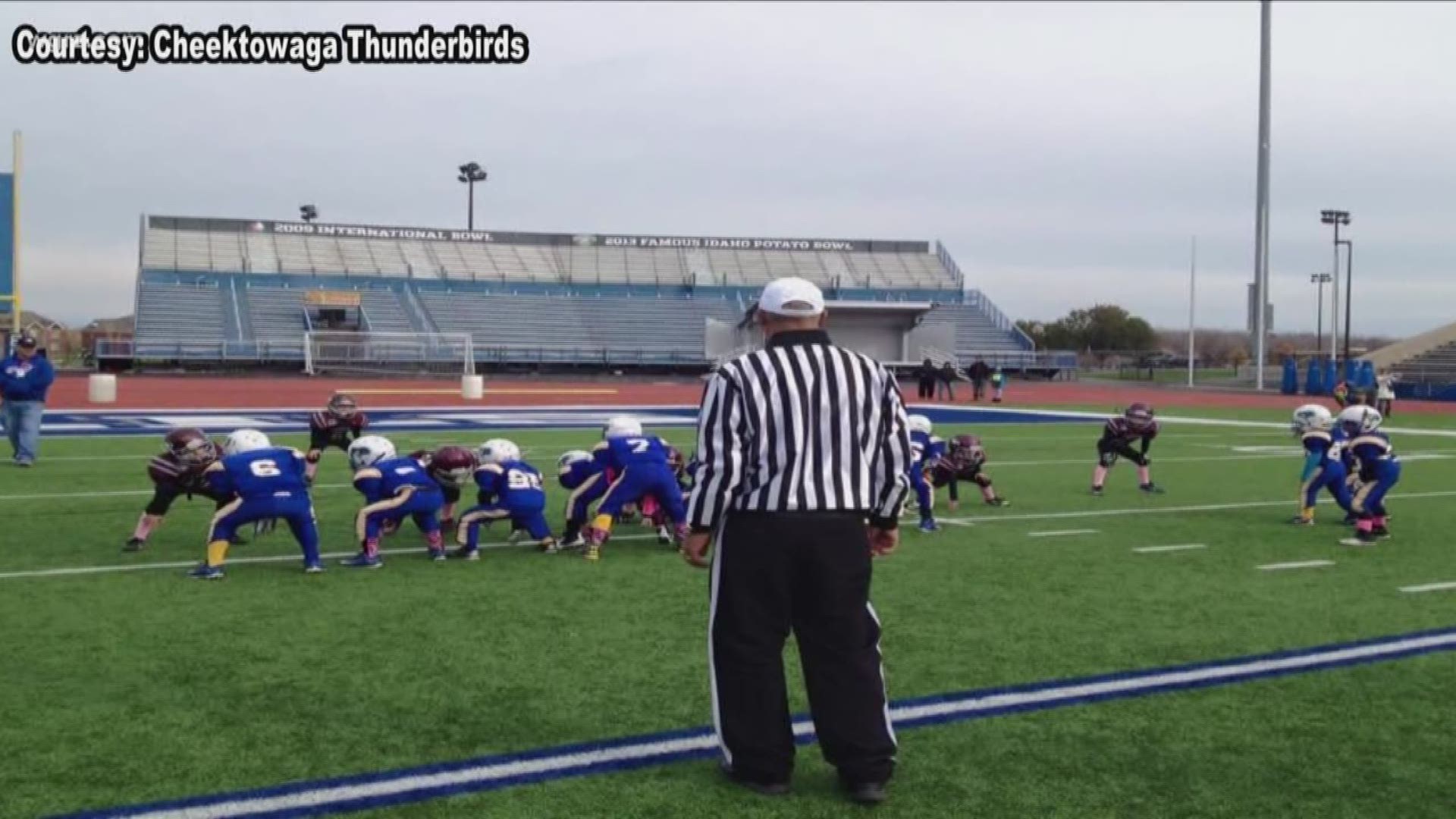 BUFFALO, N.Y. — A Cheektowaga-based youth football association is changing its policies when it comes to full-contact practices. The goal is to protect players from head injuries.

"It's as safe as we can make football," Joseph D’Amaro said.

Before bouncing back up recently, the league saw a drop in the number of players participating in football.

But after hearing about a new law in New Jersey that restricts high school football to 15 minutes of full contact a week in-season, D’Amaro and his colleagues decided to drop full-contact practices from 90 minutes a week to 30 for the varsity team of 12 to 14-year-olds.

"We said this is a good idea, and this is a way that, you know, football should be going because it does make it safer," D’Amaro said.

A study released by Boston University last year found that kids who played tackle football before age 12 saw cognitive issues and behavioral and mood problems more than 13 years earlier than kids who started playing after they were 12.

“We actually think it's going to increase our players' performance. Last year, and the past couple of years, we've noticed when it comes down to week seven, week eight, some of these players, you know, they're big kids, they're strong kids, and it takes a while to recover from a bruised muscle or something like that. So by going ahead and reducing it, it's going to give them that ample amount of time to heal," D’Amaro said.

Tackling in youth football? N.Y. bill would ban it