This all fits with the designation of February as National Potato Lovers Month. 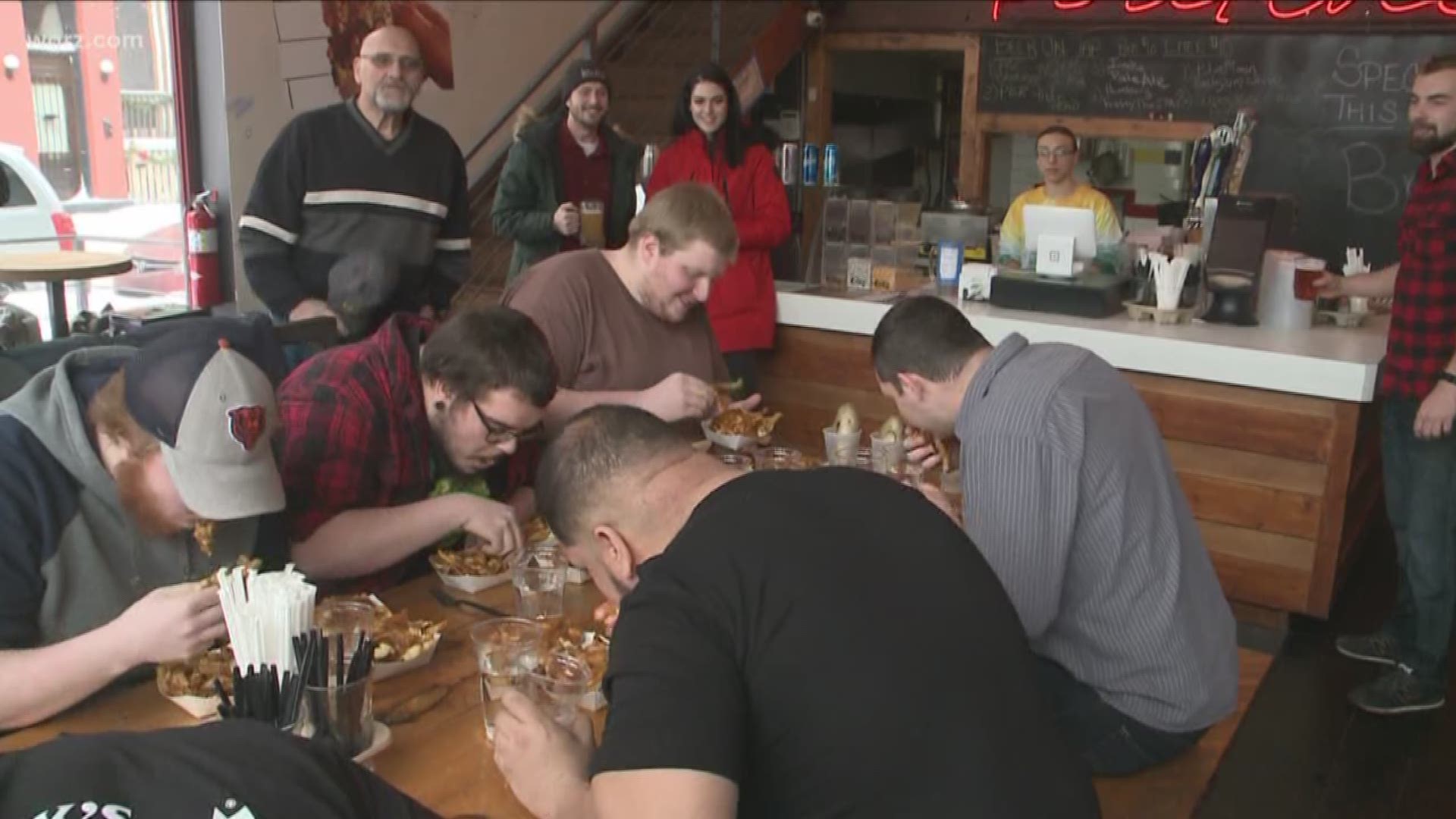 BUFFALO, N.Y. — If you love poutine, Allentown was the spot to be Saturday afternoon.

The 'Poutine Eating Contest' was held Saturday by Allen Street Poutine Company, where contestants chowed down and consumed mass quantities of the Canadian born delicacy made of french fries, gravy, and cheese curds.

The winner who ate five and a half pounds of poutine in five minutes, a visitor from Canada, savored the flavors and the competition.

"I've done about maybe five other eating contests. So still quite new to it but I like to eat and it was a great opportunity," said Joel Hansen, Poutine Eating Contest winner.

There was a cash prize for Hansen, who was also awarded the grand Golden Potato trophy.

This all fits with the designation of February as National Potato Lovers Month.