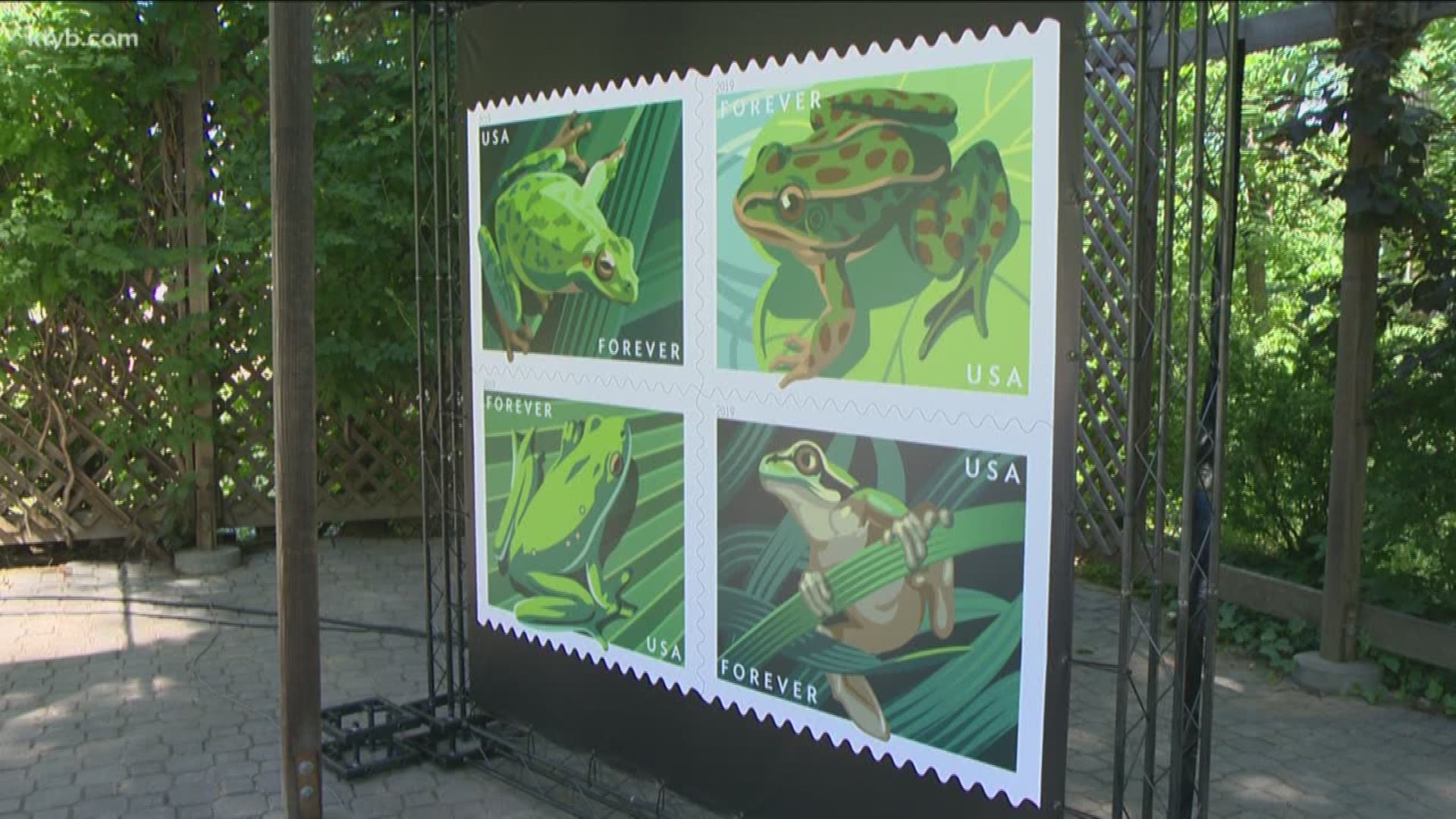 Two of the frog species depicted on the stamps live in Idaho: the Pacific Tree and Northern Leopard frogs.

Frog experts, government officials and representatives from the Idaho Department of Fish and Game took part in the ceremony, which included the unveiling of a large replica of the frog stamps.

A temporary post office was set up at the MK Nature Center and will be open from 10 a.m. to 1 p.m. Tuesday to sell the new frog stamps, stamp-related products and offer the First-Day-of-Issue Postmark, which can be affixed for free to anything that has current First-Class postage attached.

Frogs live on every continent except Antarctica; more than 90 species live in the United States, including the four on these stamps.

Sometimes called the rain frog for its noisy choruses after a warm rain, the American green tree frog  (lower left) is also dubbed the cowbell frog for the sound of its short call when heard from a distance.

A raspy, quack-like call much like the scolding noise of a gray squirrel identifies the squirrel tree frog  (upper left) found from southeastern Virginia through Florida and along the Gulf Coast to Texas.

The frog stamps are issued at Forever Stamps and will always be equal in value to the current First-Class Mail 1-ounce price. They are on sale now at post offices around the country.