Poloncarz: 'The toughest budget I’ve ever had to do in my years as Erie County Executive'

Erie County executive confirms job cuts, but is mum for now as to whether he’ll raise taxes to bridge fiscal gap created by COVID-19 and state ordered shutdowns 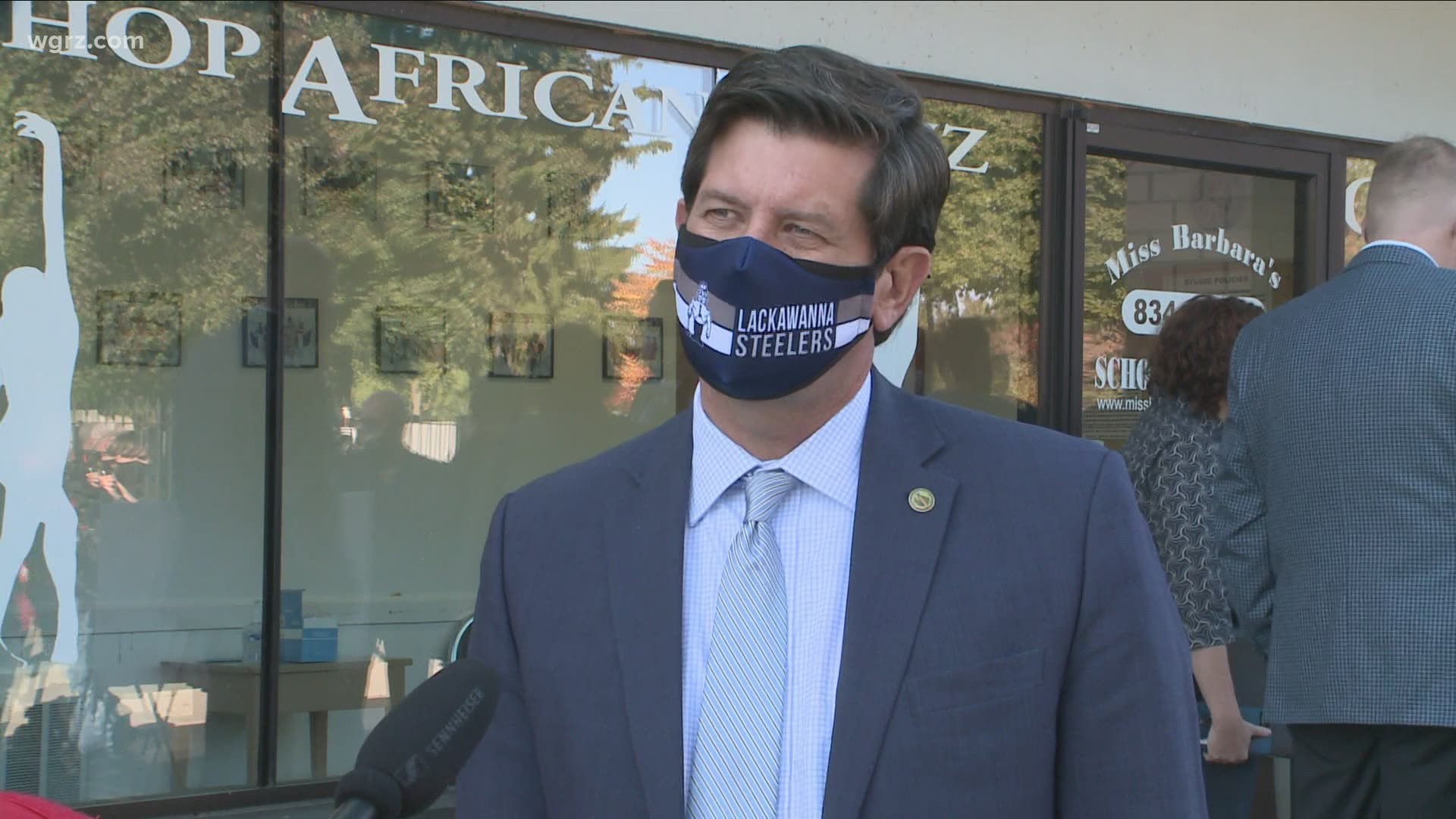 BUFFALO, N.Y. — As he prepares to release a budget pan for the coming year on Thursday, Erie County Executive Mark Poloncarz is in the same jam that the leaders of countless other municipal governments are facing.

The unprecedented fiscal challenges brought on by COVID-19, and the response taken to grapple with the pandemic, particularly the shutdown orders from New York State which crippled economies statewide.

Revenues from sales tax, hotel occupancy taxes, even park shelter rentals are down, while costs are rising, and the state, facing its own fiscal crisis, has already indicated the amount of aid it sends to local governments will likely be drastically reduced.

It all adds up to a monumental task to provide a balanced budget as required by law, but with as little pain as possible.

Poloncarz told WGRZ-TV the budget will be balanced, but the pain will be unavoidable.

“It won’t be pretty, “said Poloncarz. “We had to make some very hard decisions. But it will be balanced budget based on strong fiscal mechanisms. There’s no smoke and mirrors.”

Poloncarz added, “This budget that people will see on Thursday is the toughest one I had to do, in my years as county executive.

To balance a municipal budget when revenues are down and costs are up, it often necessitates that you increase revenue by raising taxes or reduce costs by cutting back services or even reducing employees.

“There are job cuts, and more than what some of the departments would have hoped for, said Poloncarz, who confirmed the county workforce will be reduced through not just attrition, retirements, or otherwise not filling vacant positions.

There will be county workers who lose their jobs.

“There will be layoffs, but I won’t speak about how many,” said Poloncarz, preferring to wait until he releases his spending plan.

However, during an interview with 2 On Your Side, he revealed one of the job cuts will be to a member of his own staff.

“I’m actually cutting one job in the County Executive’s office,” said Poloncarz. “It’s the first time I think a County Executive has cut any job going back for decades in their office.”

"We have a potentially huge issue on our hands," said Rich Canazzi, President of AFSCME Local 1095, the union representing about 600 blue collar county workers.

When Poloncarz talks of providing services but in a leaner fashion, Canazzi figures that if layoffs are to come, many of his members may be at risk.

"We see the potential for some layoffs and some pretty high numbers of layoffs too," Canazzi said.

When asked if the budget would include a tax increase, Poloncarz declined to say.

“Everything will be discussed on Thursday when I release the budget,” he said.

Beyond the fiscal challenges at hand, Poloncarz said preparing a budget was even more arduous due to an uncertain future surrounding the pandemic.

“Whenever you do a budget, you’re trying to determine what’s going to happen in the future,” explained Poloncarz. “And this is a year in which it’s tough enough to try and figure out financially, but whether we are still going to be in the middle of a global pandemic in the middle of 2021 nevertheless the winter.”

We will have more on the impending county budget on Channel 2 News tonight at 5 & 6pm. 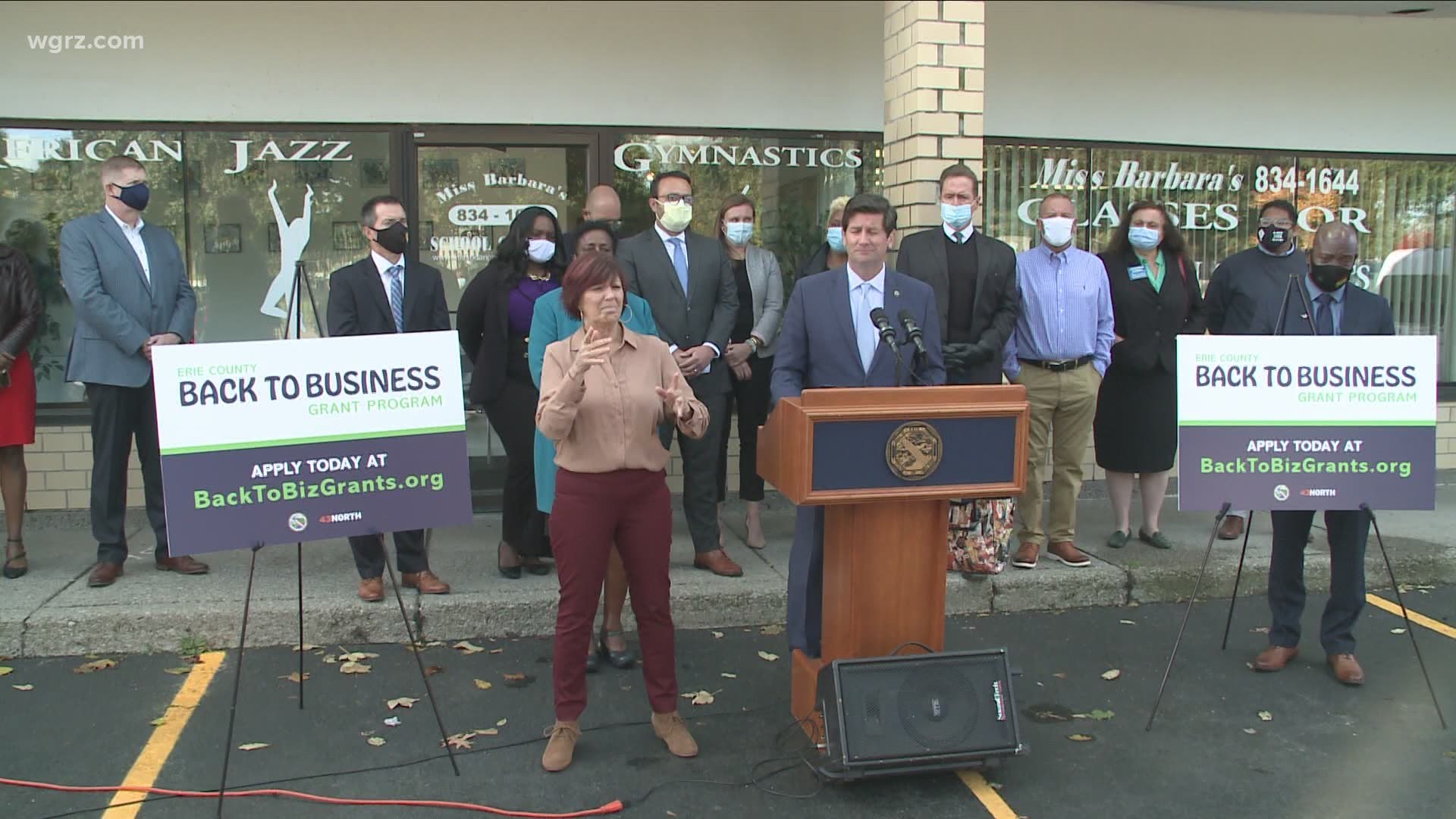