Poloncarz on paper bags: It's a fee, not a tax

Erie County Executive defends possible charge on paper shopping bags as good for the environment. Critics call it another tax. 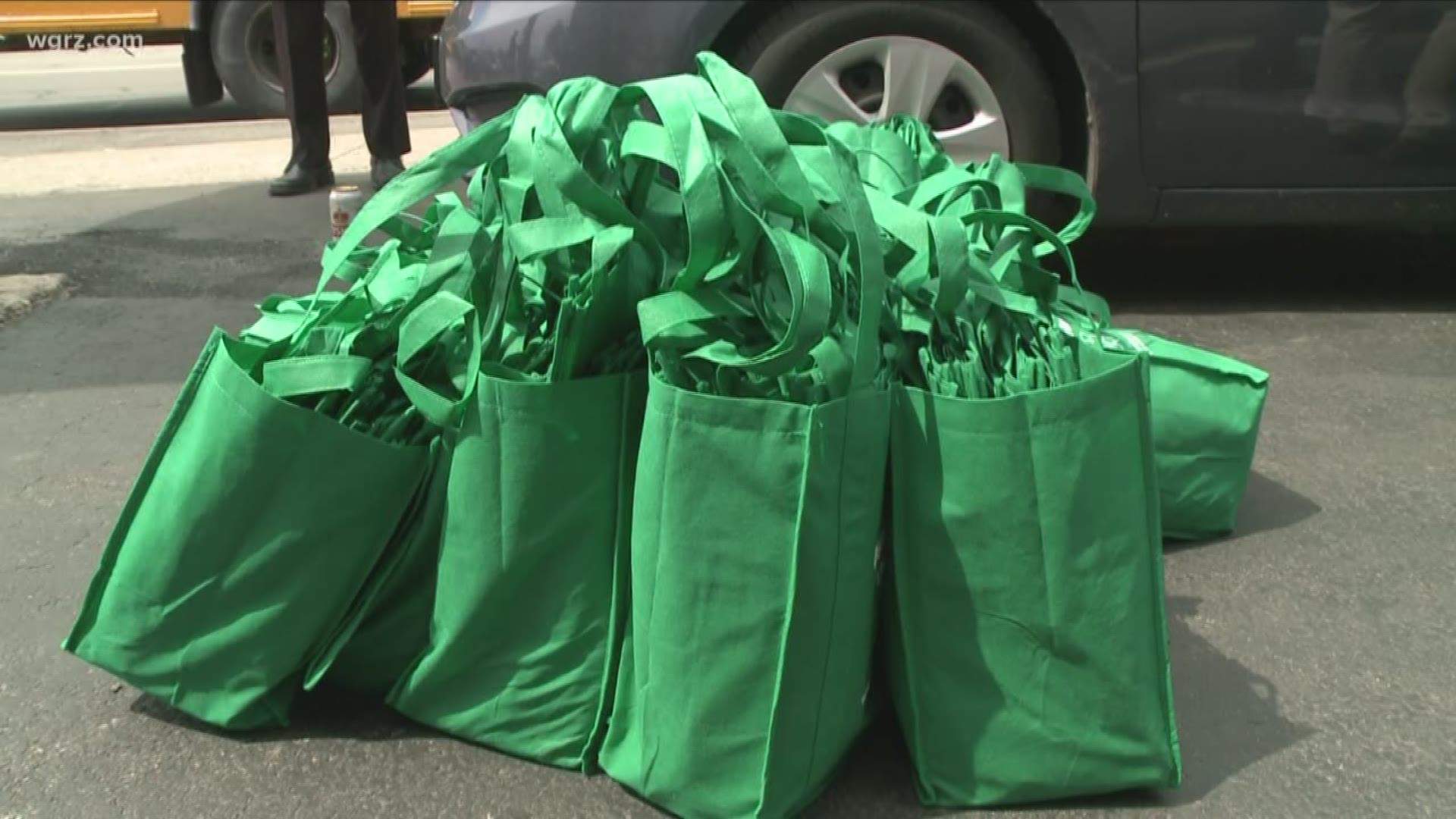 On Earth Day, Governor Andrew Cuomo signed into law a measure banning single-use plastic bags. The law goes into effect in March of 2020.

The Erie County Executive is a fan of the new ban.

"We have a responsibility to protect our planet and keep it as clean as possible, and that’s what this law does,” Mark Poloncarz said.

The Democrat from Lackawanna on Monday was handing-out green re-usable shopping bags. Poloncarz hopes to give away 10,000 of these bags before year's end. The bags are being paid for with money from his re-election campaign fund.

Now Poloncarz wants county lawmakers to take the additional step of approving a five-cent charge on paper shopping bags. It's an option for counties across the state.

Here's the deal: for every nickel collected, three cents goes to a state environmental fund, and the remaining two cents stays in the respective county.

But, if approved, would the nickel-per-paper-bag charge be a fee ... or a tax?

It may seem like the questions is a linguistic exercise, but again, it's an election year.

Poloncarz says the paper bag charge is clearly a fee.

“I know what’s going on. The opponents of this, including those who are  running against me this year are going, ‘It’s a tax! It’s a tax!’ It’s not a tax. It’s a fee. You can avoid. Bring your reusable bags and you’ll totally avoid it. It’s as simple as that,” Poloncarz said.

Lynne Dixon is Poloncarz's opponent in November. The Independent lawmaker from Hamburg is running on the Republican line. She's described the paper bag charge as just another tax.

Whatever you call it, it appears Poloncarz has some work on his hands to get county lawmakers to go along. He says he has spoken to lawmakers who both like the paper bag charge, and those who don't.

Wegmans to reduce in-store plastic use

A Tax by Any Other Name?