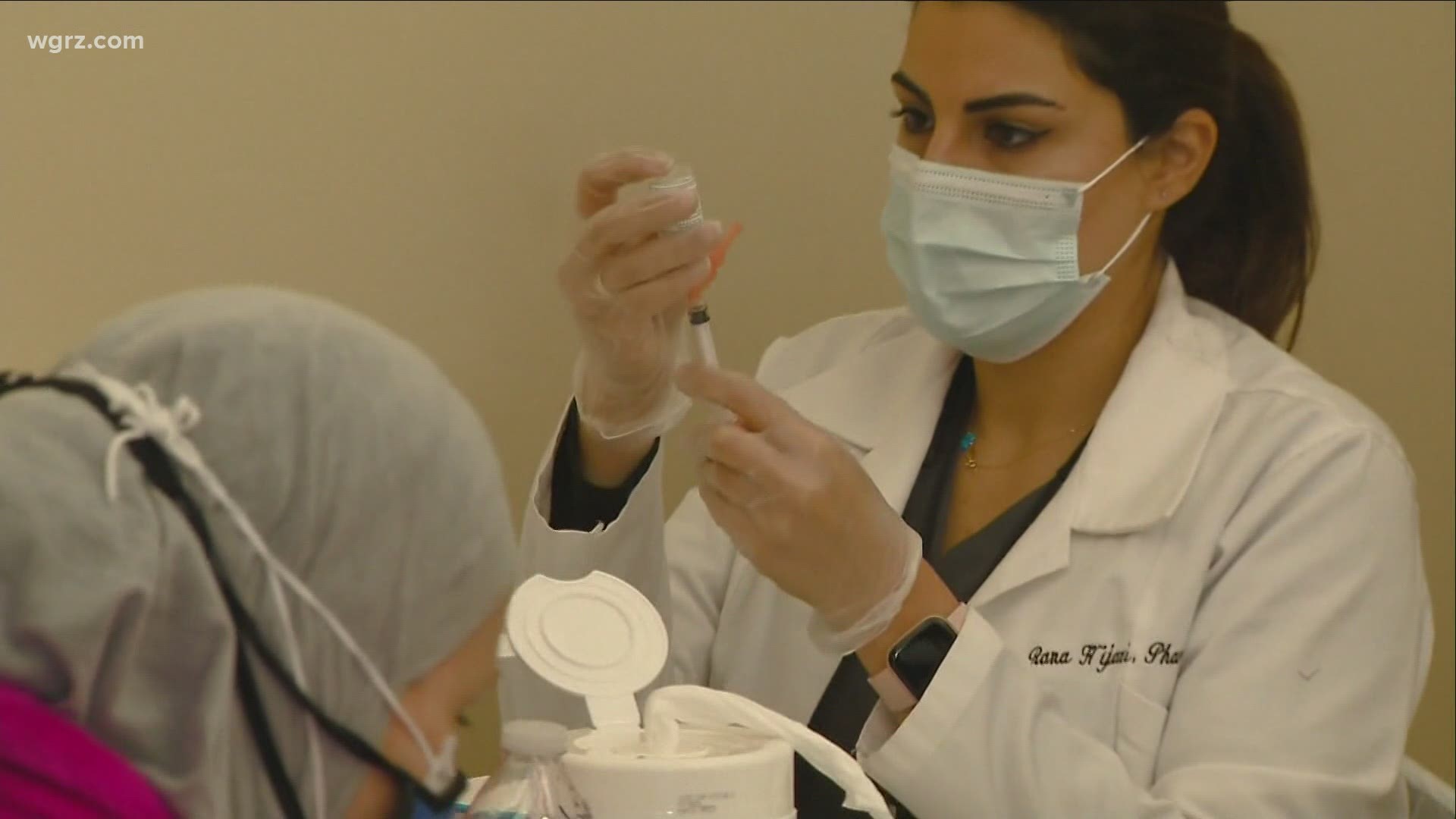 BUFFALO, N.Y. — According to New York State, the seven-day rolling average for Erie County is 5.4 percent, and that number has county leaders concerned.

Erie County officials held their weekly COVID-19 press conference Tuesday afternoon. During the briefing the county addressed those new COVID-19 cases, saying they are being driven by people 39-years-old and younger, and the variants are causing problems too.

The majority of people in the hospital with COVID-19 now in Erie County are under 64-years-old. And the county has traced cases back to youth sports, day cares, restaurants, churches, and small businesses. While the majority, nearly 71-percent, of those 65 and up who live in Erie County have been vaccinated, the positivity rate does have Erie County Executive Mark Poloncarz concerned.

Two On Your Side's Kelly Dudzik asked Poloncarz  whether the state has talked with him about any more restrictions being put in place.

"There's been no discussion to my knowledge," Poloncarz said. "I think everyone is disappointed to see the higher rates and the governor did highlight Western New York as the highest right now. It's disappointing. It's not the first time that we've been in this situation, and I just hope that we could do better as a community, but there has been no talk of further restrictions at this point from New York State."

We also got an update Tuesday afternoon about the new online and phone appointment system that Erie County is doing. It's being beta tested right now and the plan is to roll it out next week.

Western New York had the highest seven-day rolling average in the state on Monday, and Governor Andrew Cuomo mentioned it during his media conference call.

With people traveling this week, and quarantine restrictions lifted for asymptomatic travelers returning to New York State, Poloncarz was asked if he thinks those changes were made too soon. He says for people who haven't been vaccinated yet, they should get tested when they come home.