Poll: Hochul leads among Democrats ahead of June primary 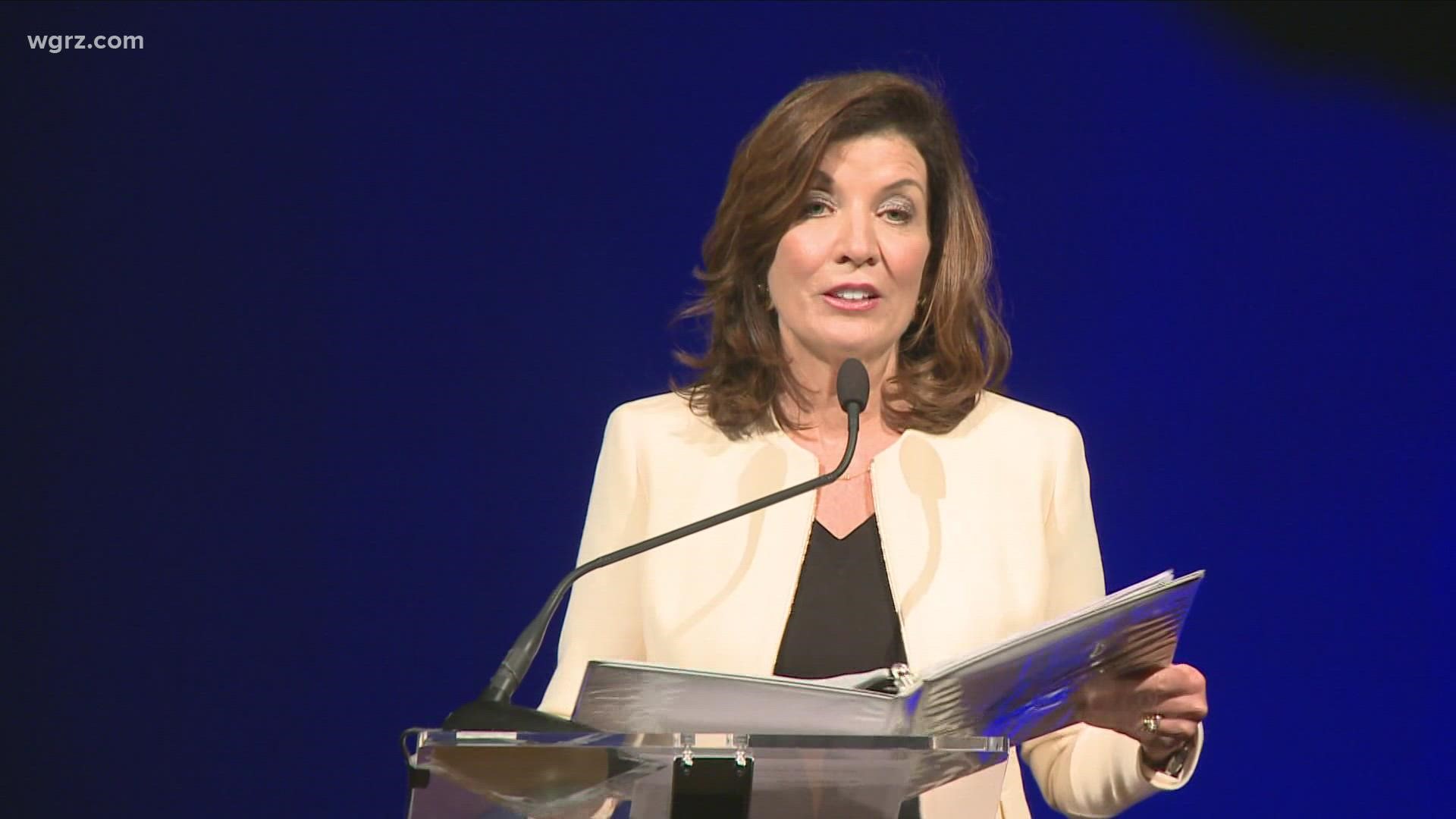 LOUDONVILLE, N.Y. — A new Siena College Poll is looking ahead to the June Democratic primary elections, and early indicators have current Gov. Kathy Hochul coming out with the win.

If you take former Gov. Cuomo out of the equation, Hochul's numbers jump to 39 percent, the next closest challenger would be James at 20 percent. If Hochul went head-to-head with James, Hochul still holds a 47 to 31 percent lead. The poll also found that Hochul and James have similar favorability ratings among Democrats at 58 percent and 54 percent respectively.

Still, the question remains: Will former Gov. Cuomo run again? The poll found that one out of six Democrats would support Cuomo over Hochul and the other candidates. However, 57 percent of Democrats agreed with Cuomo's resignation; that's compared to the 35 percent who think he should have stayed in office.

When asked about what's most important to voters polled, reducing crime is the overwhelming priority, followed by addressing systemic racism and getting more New Yorkers vaccinated.

So far, Gov. Hochul's favorability rating is down slightly since last month. Only between 27 and 42 percent of New Yorkers give Hochul positive grades on five different issues, while between 38 and 51 percent give her negative grades.