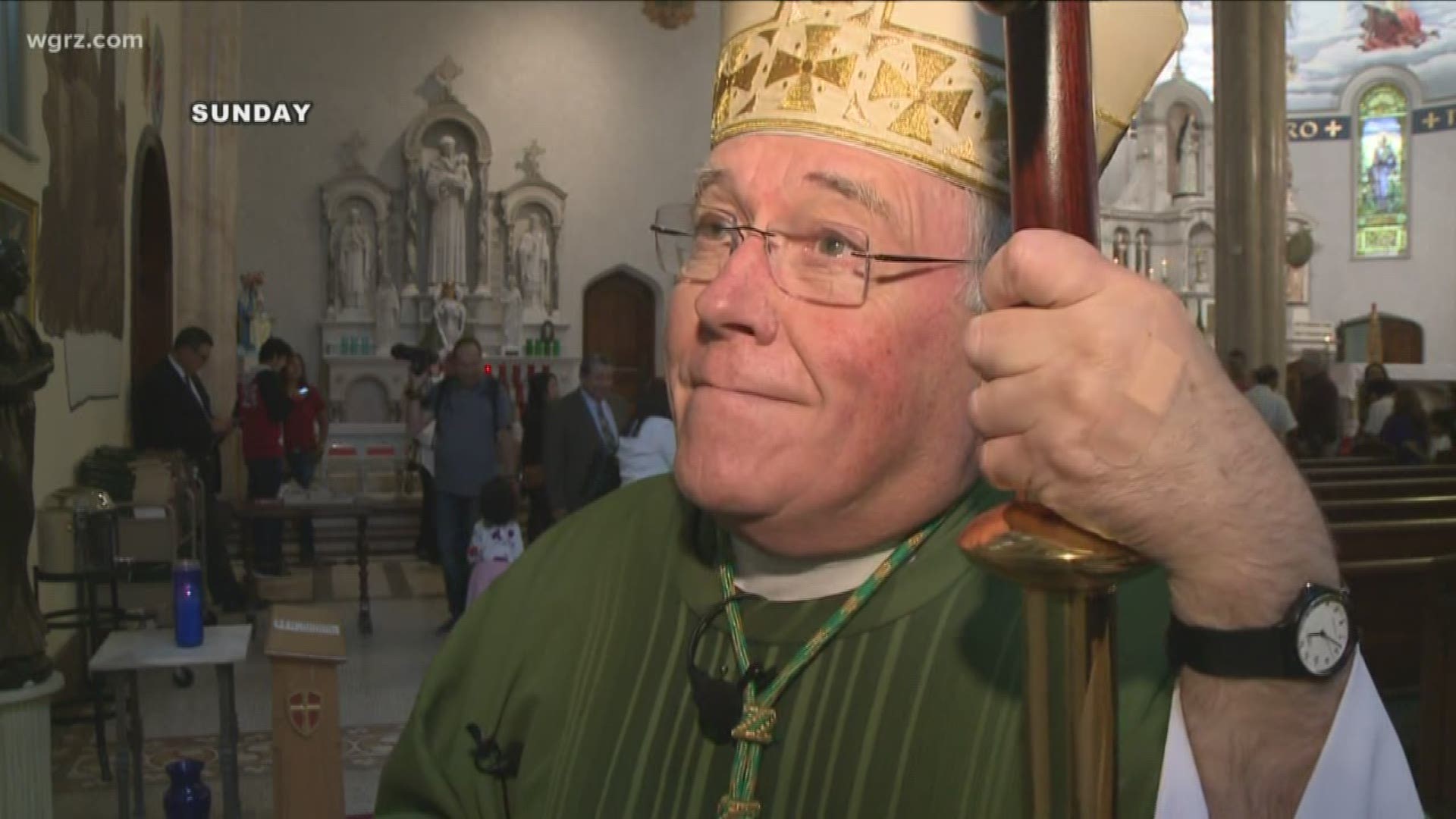 BUFFALO, N.Y. — It appeared to be a rare gathering for Buffalo Catholic Bishop Richard Malone on Sunday. At a Spanish-language mass at Buffalo’s Holy Angels Parish, Hispanics welcomed the embattled bishop warmly. There was even a standing ovation for Malone in a less than half-full church.

“They know me," Malone said. "They know who I am as a person and they trust me."

For the better part of two years, Malone has been on the receiving end of blistering criticism for his handling of the clergy sex abuse scandal. Throughout it all, the bishop has repeatedly insisted he enjoyed the support of most Western New York Catholics.

Then on Tuesday, The Buffalo News reported a poll it commissioned and found 86 percent of Western New York Catholics surveyed want Malone to resign. Just 3 percent preferred he stay.

But there have been plenty of signs that trust and confidence in Buffalo’s bishop is eroding and is arguably hurting the diocese.

The Catholic Charities annual fundraising appeal is referred to as "the drive that never fails;" however, this year, it failed. The annual drive came up $1.7 million short of its $11 million goal.

Traditionally, 41 percent of what Catholic Charities raises goes to the bishop’s Fund for the Faith, administered by the diocese for a variety of charitable causes. There is fear amongst donors that the bishop's fund might instead go to pay clergy sex abuse victims or legal defense for the diocese.

There have also been a number of Catholics and prominent figures who have called for Malone’s resignation. Congressman Brian Higgins has done this repeatedly.

Last week the Movement to Restore Trust called on the Bishop to resign immediately. The group was created to help reform the diocese was led by a group of Catholics who had personal relationships with the Bishop. They include Canisius College president John Hurley, retired Executive Vice President at Rich Products Maureen Hurley, and President of Uniland Development Carl Montante.

Protests have followed Malone to publicized events. This happened again Saturday when a gathering of the Diocesan Pastoral Council was moved from the Catholic Center in downtown Buffalo to Christ the King seminary in East Aurora to avoid a protest. Demonstrators got wind of it and moved to the seminary gates.

There are strained relations between the region’s largest Catholic colleges and the bishop. Dennis DePerro, president of St. Bonaventure University, called for Malone’s resignation. The Bishop withdrew from a mass celebrating the 150th anniversary at Canisius College because he feared he may detract from the event. Niagara University had second thoughts about hosting a public listening session for Malone and the event was cancelled.

Malone has continuously claimed he enjoys the support of most of the area clergy, saying in last week’s news conference, “I think the ones who would like to see me move on are truly the minority. I know that’s not wishful thinking because other priests have told me that.”

Just days later, there was news Father Robert Zilliox, pastor of St. Mary’s Parish in Swormville, was circulating a no-confidence letter among area priests and deacons calling on the Bishop to resign immediately.

Even though pressure has been building on Malone for months, at the perhaps rare, jubilant greeting he got on Sunday, he reiterated his desire to stay.

“I am going to work this through and to lead us," Malone said. "This is a situation that has been tragic to victims for fifty or sixty years. And you know, the only way we can move beyond that is to do it together.”