The first crews arrived just before noon after a witness reported that they heard what appeared to be a whining noise, followed by a loud crash. 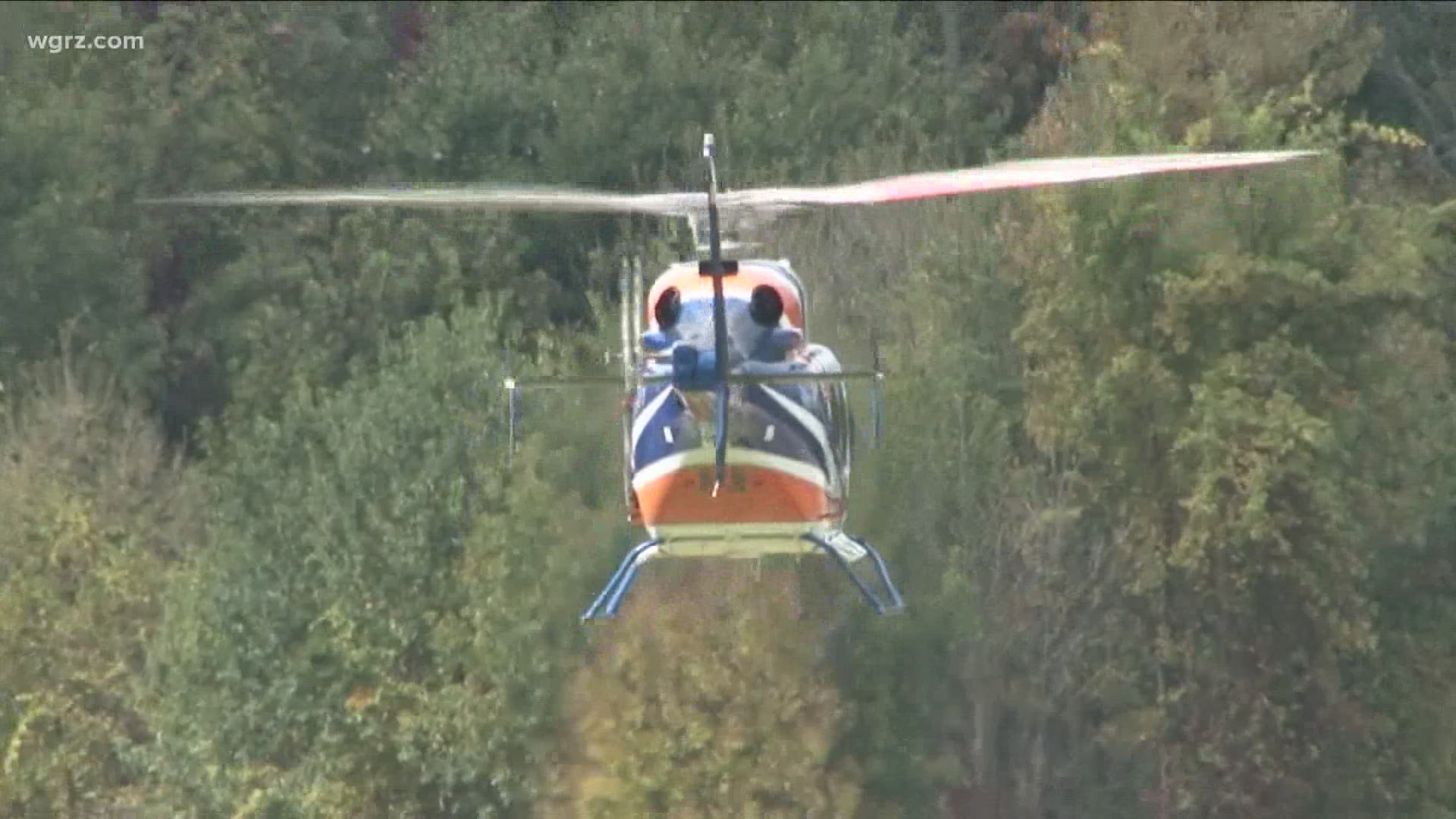 The Barnes Firm issued a statement on Friday night, confirming the deaths.

"It is with the heaviest of hearts that we acknowledge the loss of Steve Barnes and his niece, Elizabeth Barnes, following a tragic accident earlier today," the statement said. "Steve was a friend, colleague, partner, and mentor to so many people across our firm in New York, California, and beyond.

"He was a legal industry giant, proud Marine, and loving father. Steve and Elizabeth will be sorely missed by many. Our utmost condolences go out to his family and closest loved ones during this very difficult and unfortunate time."

Two sources told Channel 2 earlier Friday that Barnes was the pilot on the single-engine personal aircraft at the time it crashed, though police did not confirm any names of people on the plane.

The crash site is in a heavily wooded area just west of Boyce Road, along Route 33, about a mile and a half east of the village of Corfu. The incident occurred happened round noon Friday.

It's unknown what caused the plane to go down.

The plane began its flight in Manchester, New Hampshire. Police say witnesses heard the plane's engine "whine" before going down. 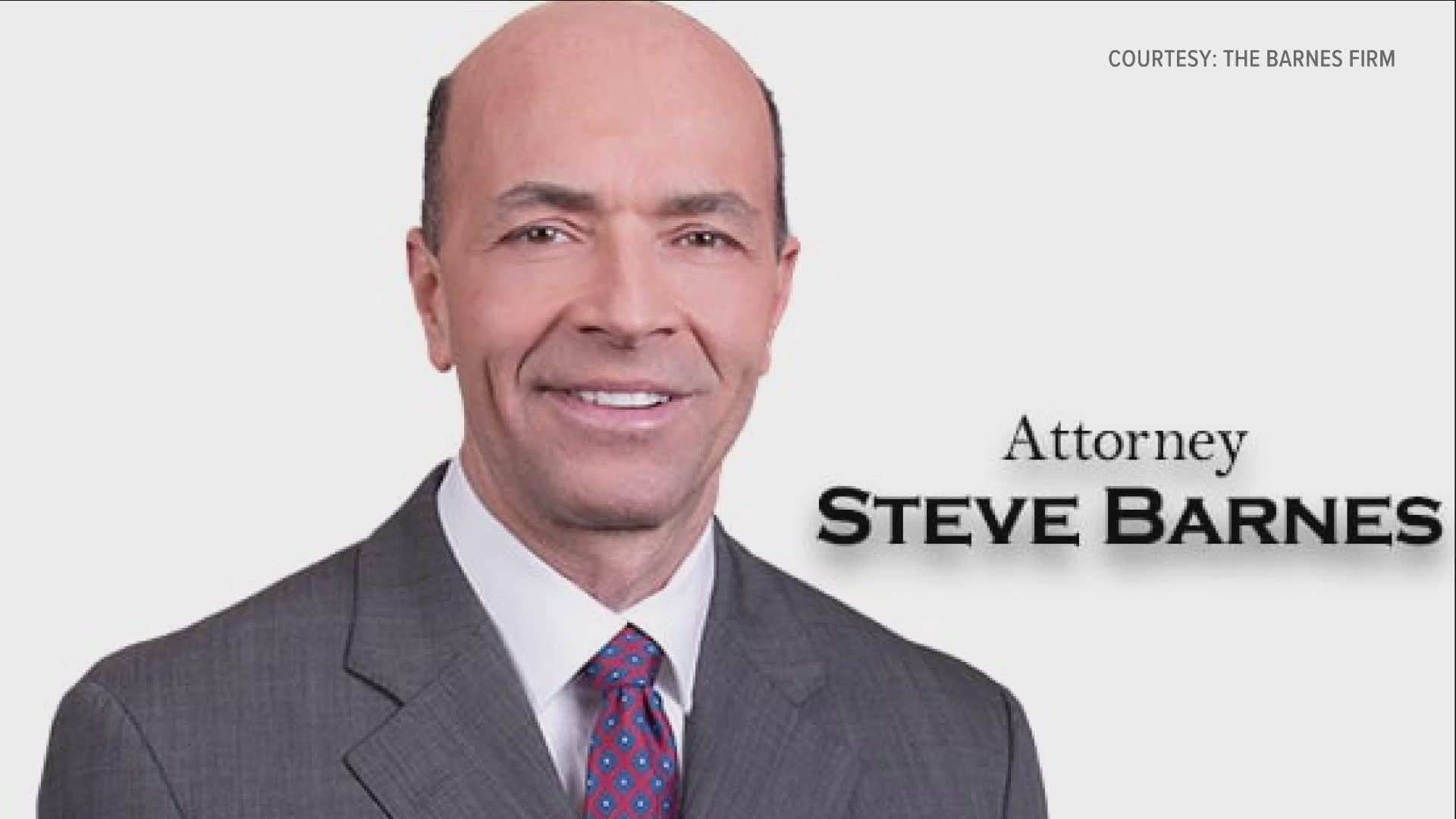 Olivia Metz, who lives near where the crash took place, told 2 on Your Side she and her mother were home at the time of the accident.

“I just heard and felt this huge boom," Metz said. "Nothing like I had ever heard or felt before, and my mom yelled so I ran downstairs. We look out the front window, and we just see a plume of black smoke. She called 911 immediately, and that’s kind of where it escalated from there."

She added, “I never ever expected anything like that to happen, especially right across the street from my house.”

The Genesee County Sheriff’s Office in a statement Friday evening said it's working with the Federal Aviation Administration and National Traffic Safety Board in the investigation.

The National Transportation Safety Board said it was investigating a crash in Pembroke, New York, involving a Socata TBM 700 Aircraft.

The first crews arrived in Corfu just before noon after a witness called police at 11:46 a.m. to report that they heard what appeared to be a whining noise, not unlike that of a high-performance motorcycle, followed by a loud crash, before they looked out to see a fireball.

Nearby residents who saw the plane said it was traveling east to west.

Several sources told 2 On Your Side that the plane, a turbo prop with six to eight seats, was being flown by Barnes, the prominent Buffalo attorney, and that he had a female passenger. 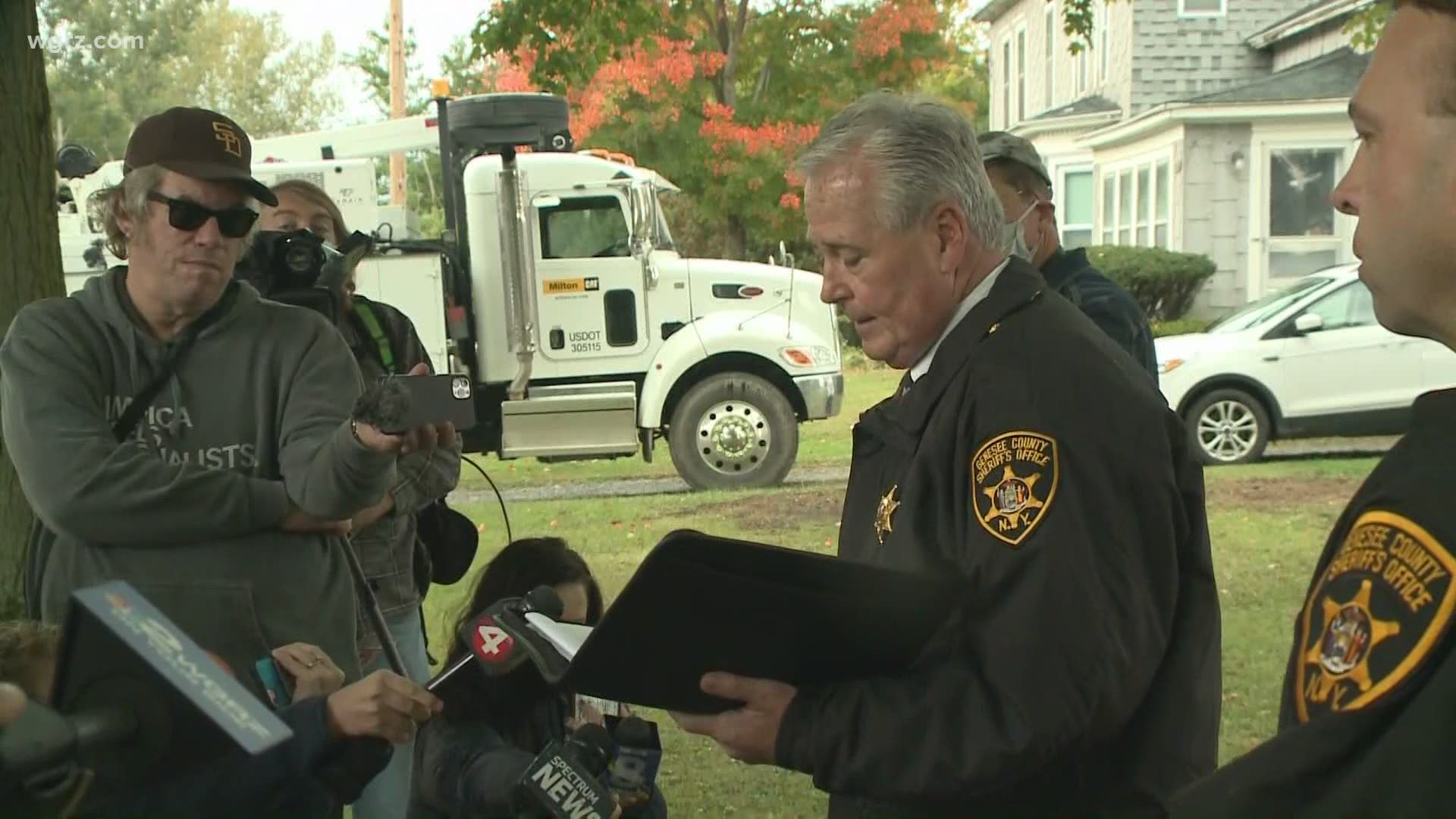 The flight left at 10:18 a.m. from Manchester, New Hampshire, on Friday morning and was headed to Buffalo.

The Genesee County sheriff said Friday that there were no survivors, adding that the plane appeared to have disintegrated upon impact, where it left a crater and a widely scattered debris field with pieces no more than a few feet long or wide.

The NTSB will be at the crash scene Saturday. It is assembling crews together so that it can document everything and get all the information it needs.

This marks the second occasion this year where a prominent Buffalonian died wow piloting an aircraft. The first was when developer Mark Croce’s helicopter went down in Pennsylvania, killing him and a passenger back in January.

Barnes was known around the country for his long-time legal partnership with Ross Cellino, with their commercials, jingle, and phone number becoming a social media sensation.

"It is with great sadness that I learned of the tragic passing of Steve Barnes in a plane crash. Steve and I worked together for many years at our firm.  He was always a fearless advocate for his clients. His passing is a significant loss for the legal community. Steve’s greatest accomplishment was his three children Josiah, Rachel, and Julia. Steve is survived by his longtime partner, Ellen Sturm, also an attorney at our firm.

"Equally heartbreaking is the passing of Elizabeth Barnes, sister of Brian Barnes and daughter of Rich Barnes, Steve’s brother and an attorney at our firm.

"All of us at Cellino and Barnes are deeply saddened. My thoughts and prayers are with the entire Barnes family during this difficult time."

This is a turboprop commonly used for business travel @WGRZ https://t.co/EJ1QtAOPKO