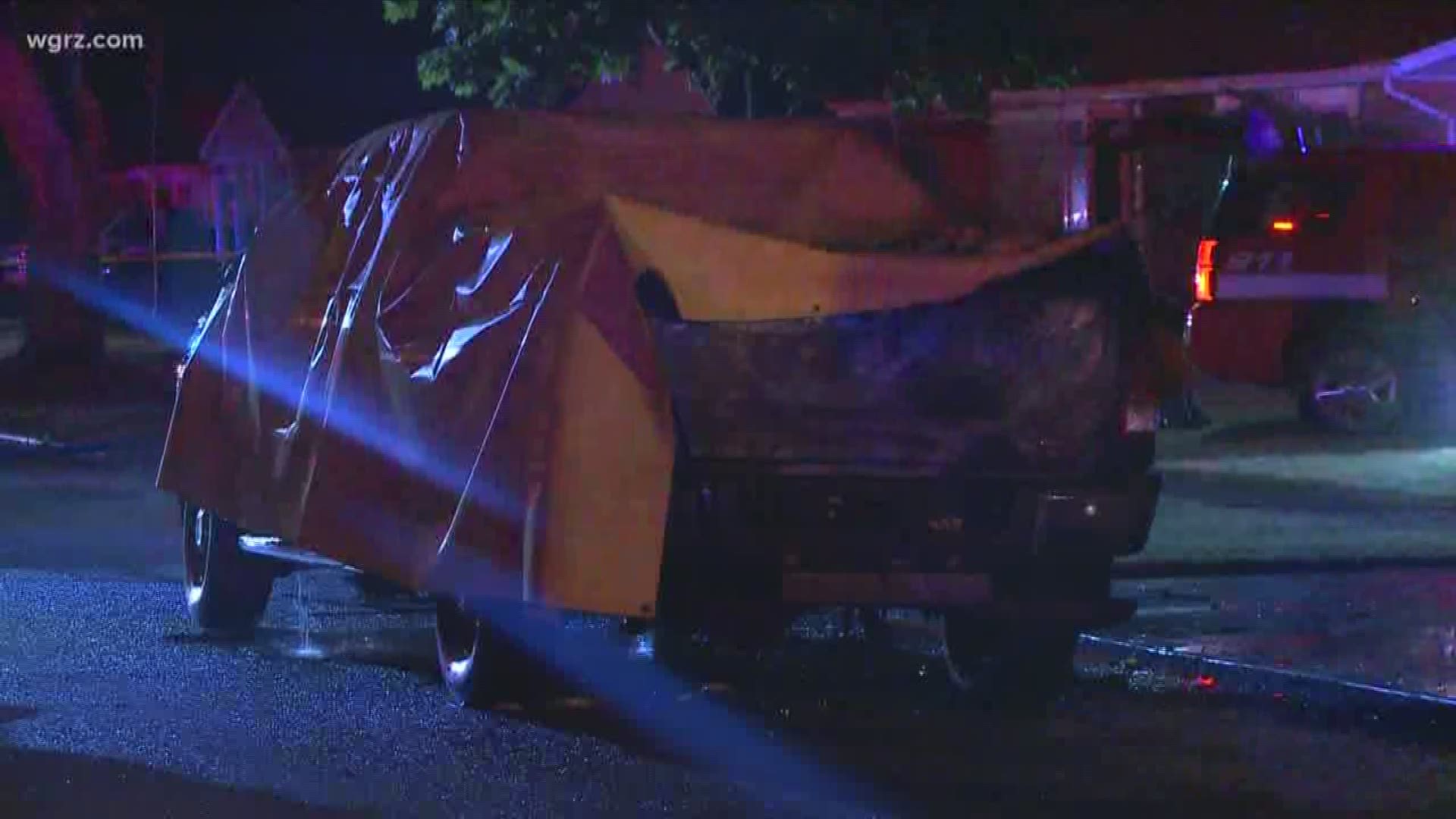 Town of Tonawanda, NY — TONAWANDA, N.Y. — Police have identified the man killed Monday night inside his truck that burst into flames.

The man is Robert House, 64, of Tonawanda. House was a Brighton volunteer firefighter for over 40 years and retired from the NYS Thruway Authority.

The truck caught fire around 10:30 Monday night on Wynnwood Avenue and Yorkshire Road in the Town of Tonawanda.

Foul play is not suspected.

A neighbor heard the sounds of the fire, which included a car horn beeping for at least ten minutes, but thought it was her son playing a video game.

Neighbors called 911 after hearing a loud "boom" and after initial efforts to put out the flames with fire extinguishers didn't work, a Brighton fire put out the fire.

"Initial reports say there were some booming noises, but we didn't have any explosive devices or incendiary devices that we thought were attached to it, it looks like a vehicle fire," Tonawanda Police Lieutenant Thomas Haynes said.

2 On Your Side received a video from a viewer of the truck on fire depicting large flames coming out of truck.

There were no other injuries. The only property that was damaged was the truck.