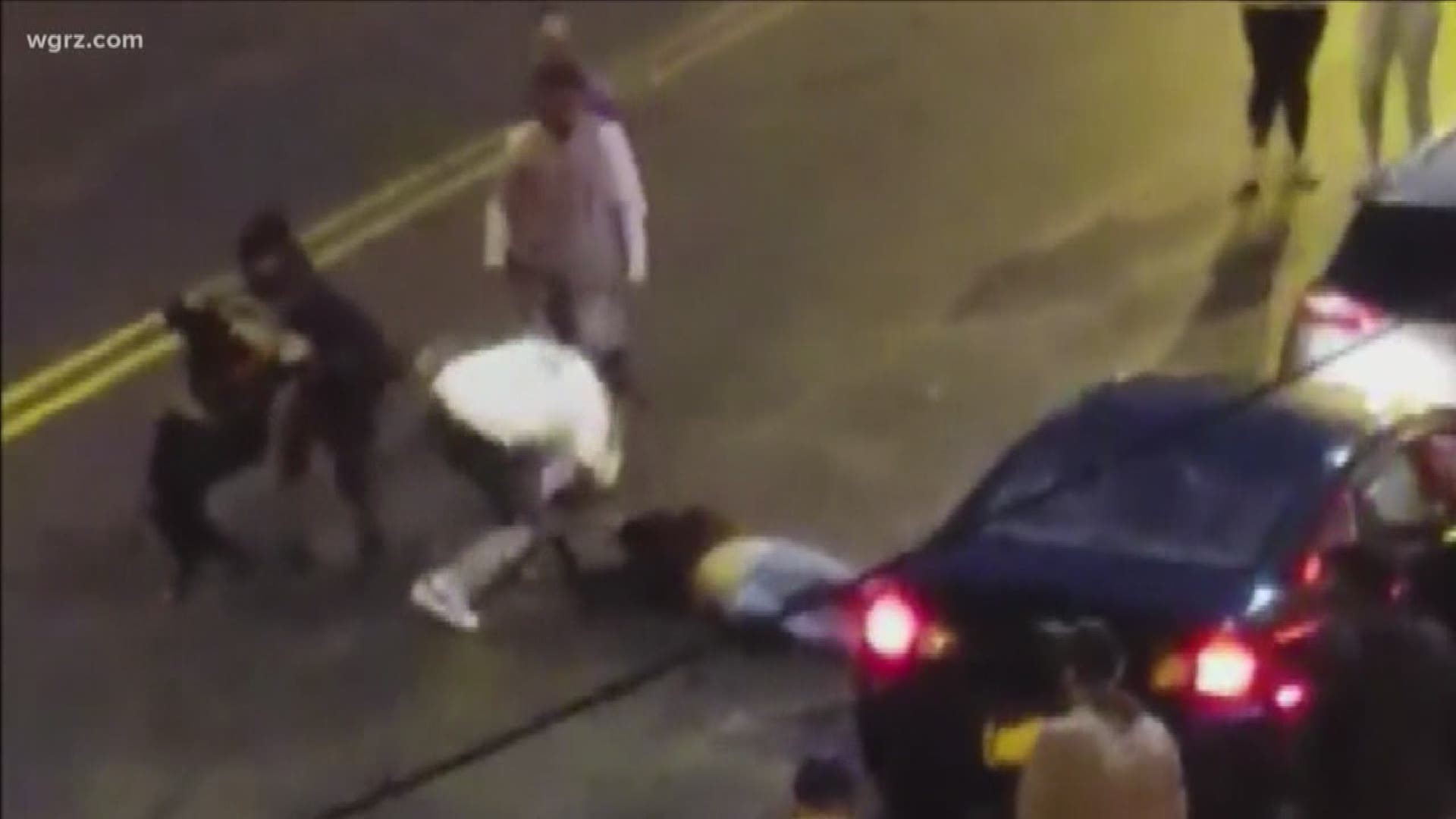 BUFFALO, N.Y. — After a vicious beat down of a couple in Buffalo’s popular Allentown neighborhood, which was captured in a cell phone video, some residents and businesses in the area say thugs attacking people on the street is becoming more common.

However, city police say statistically at least, there is no evidence supporting a severe uptick in violent crime despite the insistence by some to the contrary.

Three people are under arrest and charged with gang assault in connection with the attack, which occurred around 5 p.m. Sunday morning (gang assault is a charge levied when three or more people attack someone, and not because they are necessarily in a gang per say).

Some who live in the Allentown or who have businesses there tell 2 on Your Side they'd like to see the same amount of police resources and patrols in their neighborhood, that are dedicated to keeping the peace in the Chippewa entertainment district.

The entertainment detail is split between Chippewa and Allentown,” said Rinaldo, “and the amount of manpower is evenly divided. But it also depends on what is going on a given night, the size of the crowds, and the problems which occur. The detail is then adjusted accordingly.”

The distance between the two entertainment districts for a police cruiser able to travel at high speeds and not stop at lights can be measured in minutes should the need arise.

A man who claims to be the father of the woman injured in the attack said she ended up with a broken nose and that her husband suffered a broken arm and facial injuries.

Rinaldo noted the timing of the attack was unfortunate for the victims, because the entertainment detail had disbanded for the morning, and it meant the police who responded had to be summoned from all throughout the Buffalo police B District.

"So that might account for what some people may see as a slower response, based on their experiences of when the detail was actually in place," Rinaldo said.

However, he also insists the officers who did respond, made quick work of the situation.

"From the point of the call being dispatched to our officers, to the point of having three suspects in custody was just under nine minutes," Rinaldo said.

RELATED: Fight in Allentown sends two to the hospital