Players see first-hand the power of the money raised through their efforts on the ice. 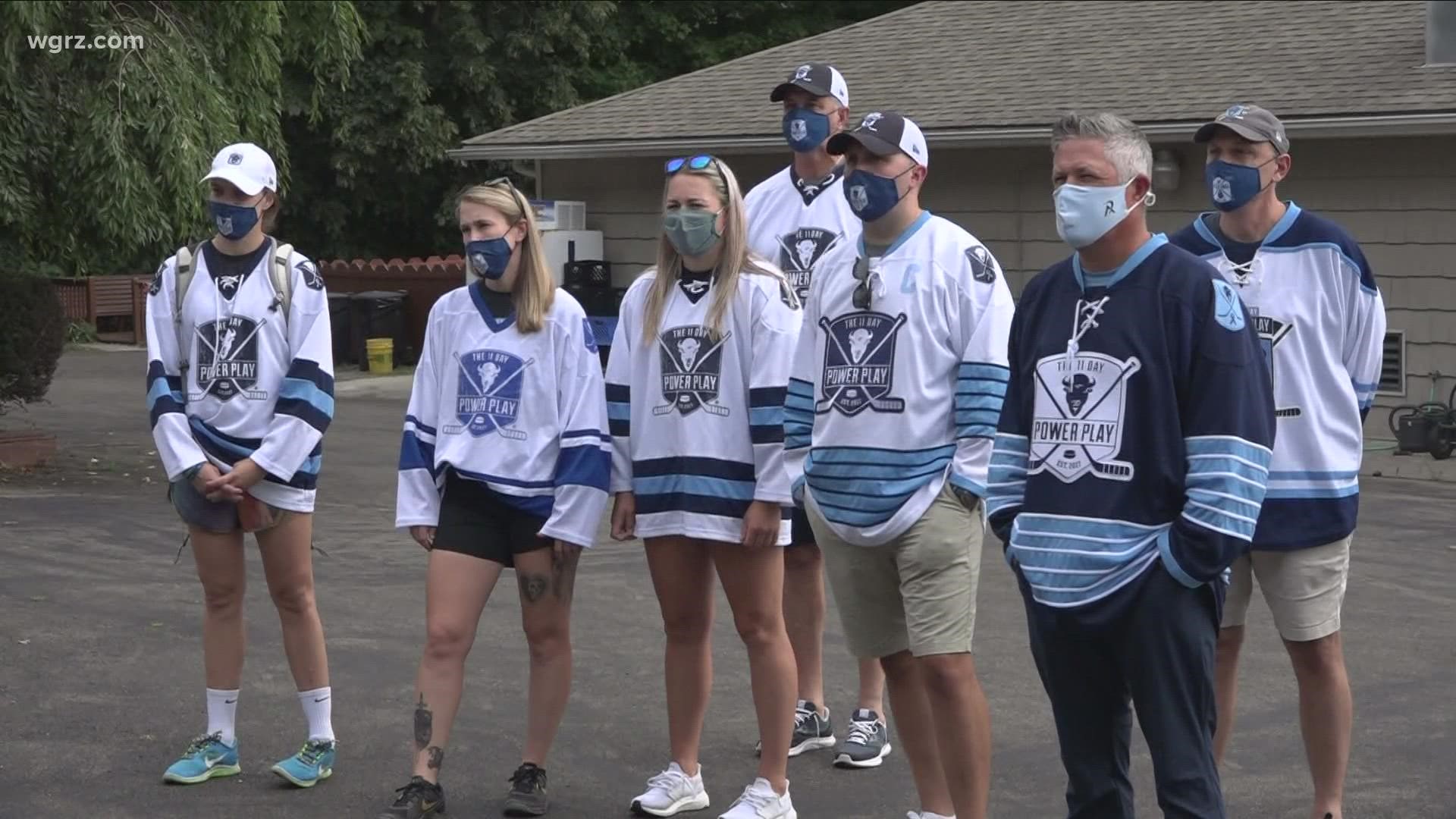 BRANCHPORT, N.Y. — As the bus rolled up to the gates of Camp Good Days along the shores of Keuka Lake, the doors were opening to a whole new perspective for the 10 participants in the 11 Day Power Play. It was also the first trip to camp for 11 Day Power Play Co-Founder Amy Lesakowski.

"Just meeting some of the families and having our players here was really special today," Lesakowski said.

Camp Good Days Regional Director Lisa Booz led the tour, from the dining hall, to the beach and even the infirmary, a facility that can accommodate every need, from bandaids to chemotherapy. She also gave the history of the camp, all the way back to its start, when founder Gary Mervis's daughter Teddi was diagnosed with a malignant brain tumor in 1979.

"She would look in the mirror age 9 and didn't like what she saw because she knew no one else that looked like her," Booz said. "That was the inspiration of camp good days."

Mervis's idea was to bring kids in similar situations together each summer for a chance to just be kids. After all these years, he says he loves seeing the reaction of first time visitors, like this group of players.

It was also a very powerful day for the players, like Liz Canfield.

"To come here see the children with smiles on their faces having a good time, I'm not a very emotional person but it gets me a little bit in the heart," Canfield said.

Craig Curtin took part in the original 11 Day Power Play game in 2017. He says these images will come back to him as he grinds through the 252 hour marathon hockey game.

"When it's day seven and we're in a ton of pain, we can look back on this day," Curtin said.

And use it for fuel says Peter Merlo, another second timer, and cancer survivor himself.

"It's going to come in handy when it's day seven or eight and we're out there feeling a little bit but you know something that's nothing compared to what these family go through," Merlo said.

For Lesakowski, it hit very close to home, as she too is a cancer survivor.

"I feel tired and overwhelmed by cancer they're here having so much fun and it's really a great experience and that means so much to us thanks so much to me personally that were part of the family," Lesakowski said.

To donate to the cause, visit 2 On Your Side's Pete Gallivan's page by clicking here.