Before anything can move forward and construction can start, Ciminelli Real Estate has to buy the parking lot from the City of Buffalo. 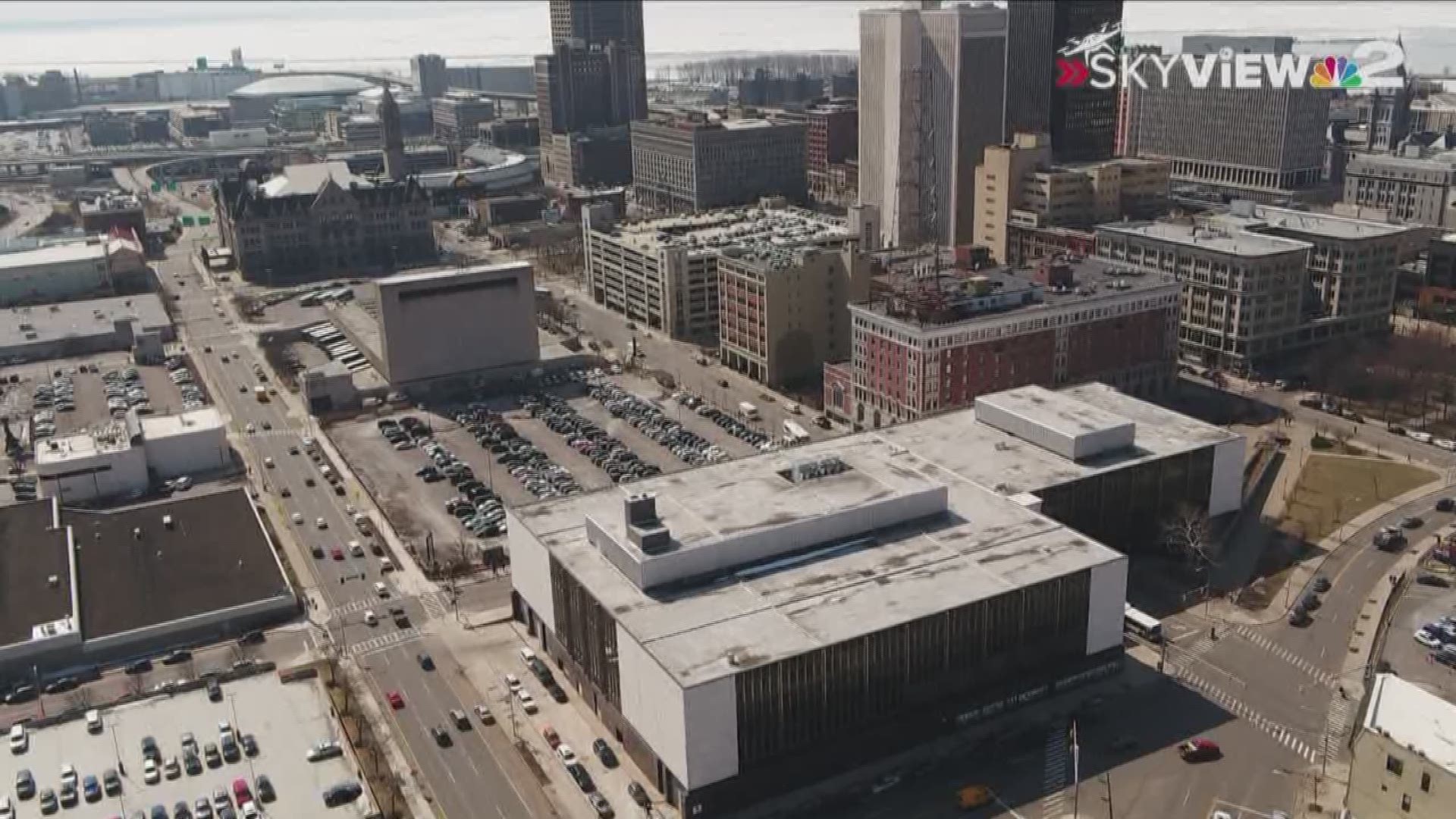 BUFFALO, N.Y. — Now that it has the support of the Buffalo Planning Board, the proposal for downtown Buffalo's first supermarket, as well as hundreds of new apartments, is moving forward.

More than four years ago, during his State of the City address, Buffalo Mayor Byron Brown announced plans for a downtown grocery store. Monday, the planning board approved the 201 Ellicott site plan for a mixed-use development that will include one.

Before anything can move forward and construction can start, Ciminelli Real Estate has to buy the parking lot at 201 Ellicott from the city and that deal has to be worked out.

"What this means is 201 affordable units, these are apartments for every day Buffalonians, are one step closer to becoming a reality. And at the same time, the fresh food market, which everyone has been clamoring for in downtown Buffalo and what is really currently a food desert area, is that much closer," says Matt Davison, spokesperson for the 201 Ellicott project.

Davison says Braymiller Market will be open from 7 a.m. to 7 or 8 p.m. and will also be a wholesaler for Western New York restaurants.

Then there are the tax breaks, common for big development deals. The Erie County Industrial Development Agency will hold a public hearing later this month and the tax breaks would just be for the grocery store.

For all the talk about parking, Davison says it didn't come up at the planning board meeting.

“The conversation was really about how transit oriented this development is. It's very close to the Metro line, it's right next to the NFTA bus station, it has accessibility from a walking and a bicycling perspective, and it's really factoring in sort of a modern-day traveler of ride-sharing, Zip Car, a bunch of different ways that people are getting around downtown Buffalo," Davison said.

"Folks might have to walk a minute or two more, but we feel like the downtown parking corridor can certainly accommodate any displacement that will take place."

Like most big projects, this isn't going to be built overnight. Construction should take about two years, with a grand opening expected in the summer of 2021.

201 Ellicott gets a warm welcome from Buffalo Planning Board

Braymiller Market to open at 201 Ellicott in downtown Buffalo